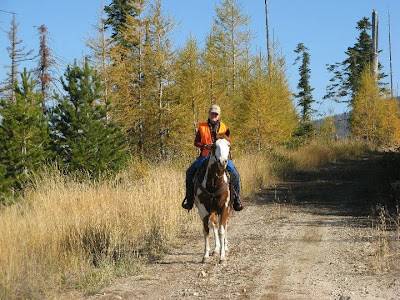 Mt. Spokane State Park is the largest state park in Washington. It has almost 14,000 acres. On yesterday's ride we encountered sunshine and snow, depending on which side of the Mt. we were on at the time. 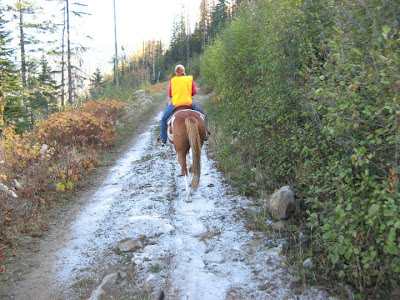 According to the rangers, there are 6 bull moose in the area we rode (Mt. Kit Carson road) who were a little worked up because of fall rut. Apparently, moose rut from September to late October. We saw tracks, but we didn't see moose, and maybe that was a good thing. (Notice we're wearing orange--just in case we crossed through private land). 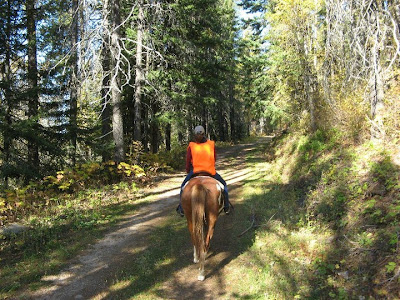 I have to wonder, though, what the horses saw/smelled/heard. They got crazy antsy on the West side of the hill where it was more primitive and cold. At one point Cowboy started tossing his head and attempted to throw a buck--the other horse reared up. When we got out of there, they settled right back down. 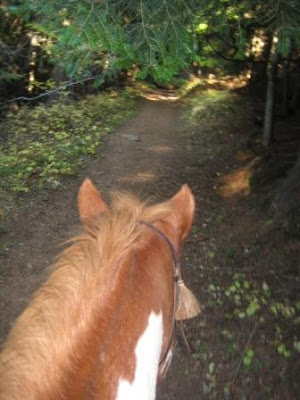 I have to admit, I've only studied the map of this area in retrospect. I had no idea what a large area it was beforehand. I'd skiied at the top of the mountain, but never rode horseback through the park itself. The map we had to reference the trails was small and full of terms we did not know--like "NFA". Come to find out, that means "Natural Forest Area". That is also the area where the horses got crazy. Specifically, the Blanchard Creek NFA. It makes sense--the whole area felt more wild--dense, dark, cold and rugged.

Also, there was a point at which the road forked. As you can see in the picture, the only sign in the middle of the fork is "130". We mistakenly took the lower road which led us away from our destination. 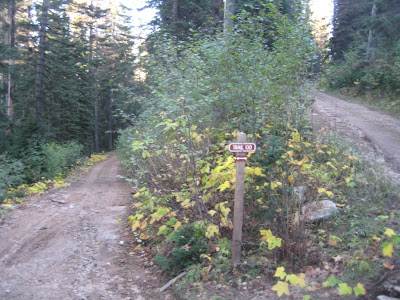 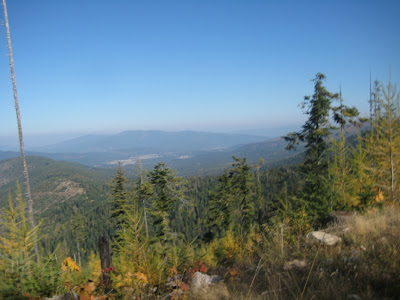 That will be our last ride of the year to Mt. Spokane, but I'm studying the maps so that I'm ready to explore it more fully next Spring. It's a great equestrian resource. I don't know if Spokane natives know how lucky they are to live in a city and have so much riding available to them within a very short drive--Riverside State Park, Palisades, Mt. Spokane State Park, Liberty Lake, Missile Site Road, Slavin Ranch, Fishtrap Lake, to name the ones I'm familiar with. 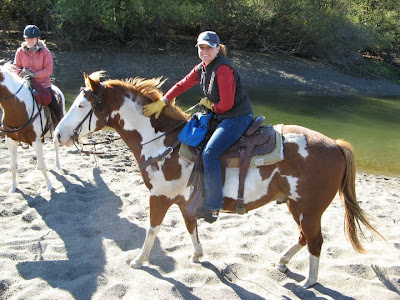