Hit the Trails While the Sun Shines 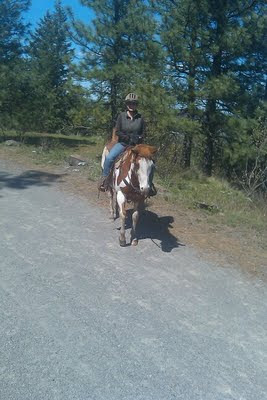 Those are my words of wisdom. 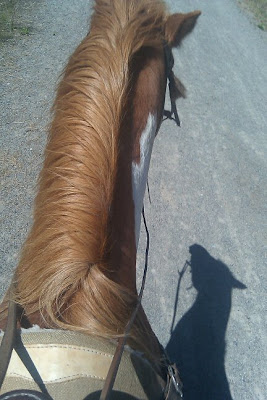 So, my Cowboy's sound on the rocky trails four years post-fracture. I'm extremely thankful for that. He was full of energy and ready to go. I think you'd call that fresh. He practically grew wings and flew into the trailer, he was so excited to go for a ride.

On the trail. Great. Through water. Great. In fact, he was so calm, I just ground tied him at the trailhead while I groomed and saddled and later unsaddled. 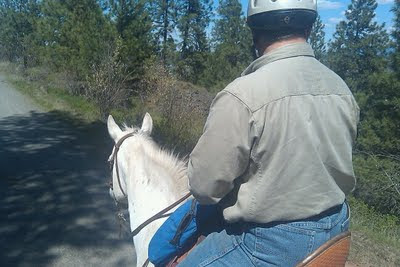 Here's fatty, Shadow. He's always fat. He was fat when we bought him and he's fat now. My farrier says he could get fat on a freeway. Still, at nineteen years old, he troops along the trail for my husband whenever asked to do so. They make quite a pair.

I don't know what tomorrow's going to be like, but we did make plans again to take the barrels to the outdoor arena and have a fun day. The forecast calls for 62 degrees and 30 percent chance of showers, and that doesn't sound half bad.
Posted by Linda at 4:21 PM