An update on Mr. Tweed who I'm trying to prepare for June kindergarten. I don't want to instill any bad habits in him, so I'm really only concentrating on the basics -- at the heart of which --- is rewarding him for try.

He stands tied everyday  --- started with Uncle Cowboy --- then progressed to time alone --- each day the time tied increases --- his release is when he cocks a leg and relaxes. 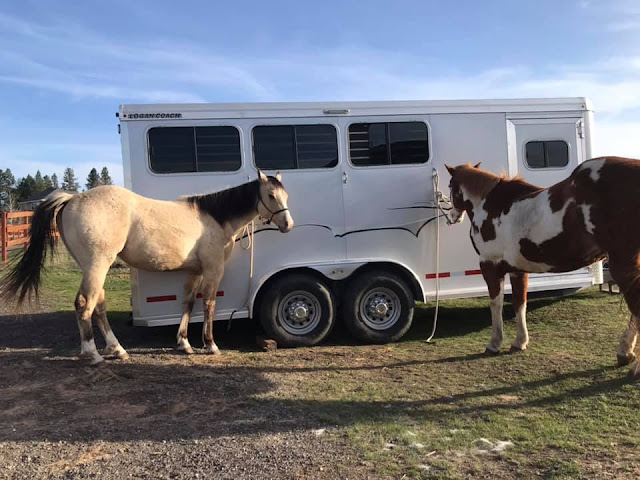 The work Shirley did with him sure helps with this, but it's never fun for a horse to stand for long periods of time alone. When he goes to training, he will consider that time his chance to relax.  He will stand tied for hours a day -- but that's for June --- this is now --he stands tied about 30 minutes. 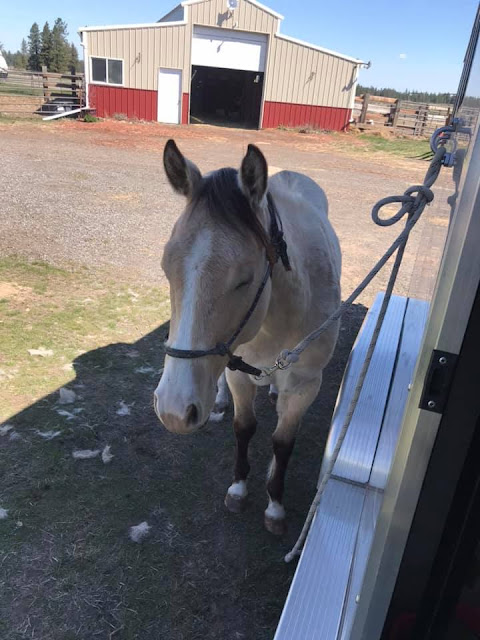 We grab a glass of wine or clean stalls while he is practicing being tied. The dogs even get in on the watching action.  I kind of feel sorry for Tweed, but I know it's going to make him a better horse -- and golden horses always have a home in this world -- no matter what happens. 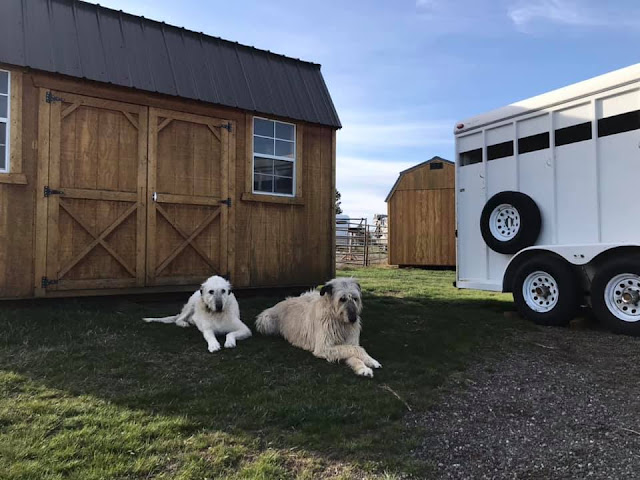 We started lunging after a long winter break. 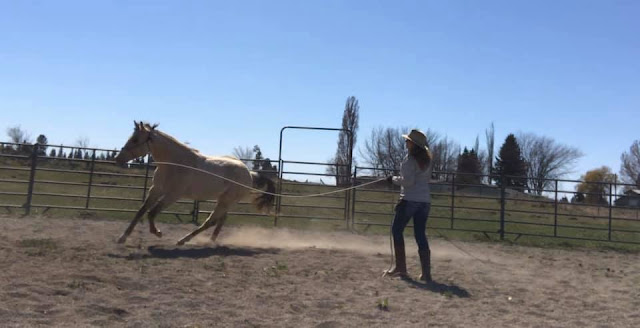 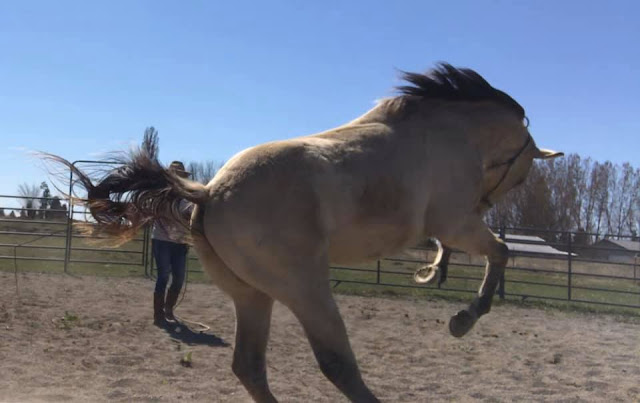 Like every horse, he is great at doing just enough --- but take him slightly past just enough -- you will discover resistance.  That is our goal -- find it -- remain calm -- continue with your plan -- do not let him get away with it. Um no, I asked you to continue on that way, T'weed. 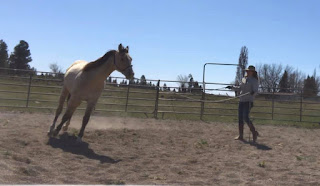 And voila! You get a well-mannered boy. 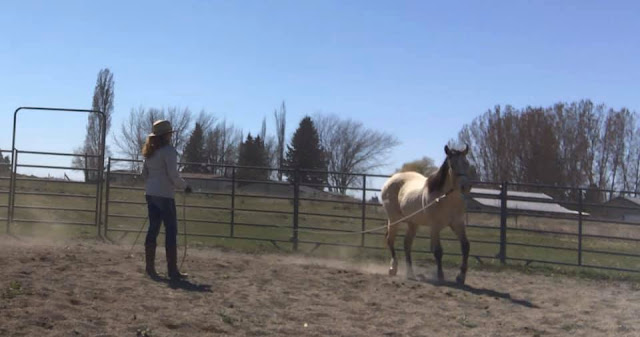 And well-mannered boys get some lovin'. 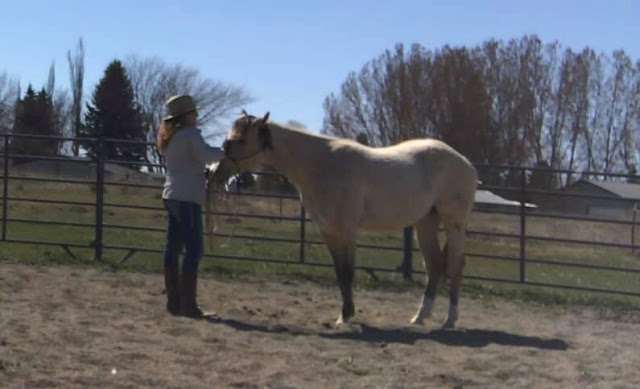 He is trying to understand what I want and give it -- but I'm trying to get him to the point that he understands that when we're together -- it's a creative process -- different ever day --- no time limit -- no set amount of laps on the line -- it's an all in experience for however long it takes. 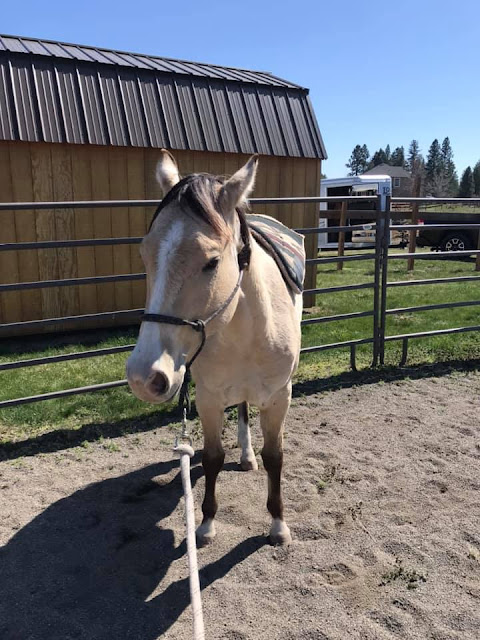 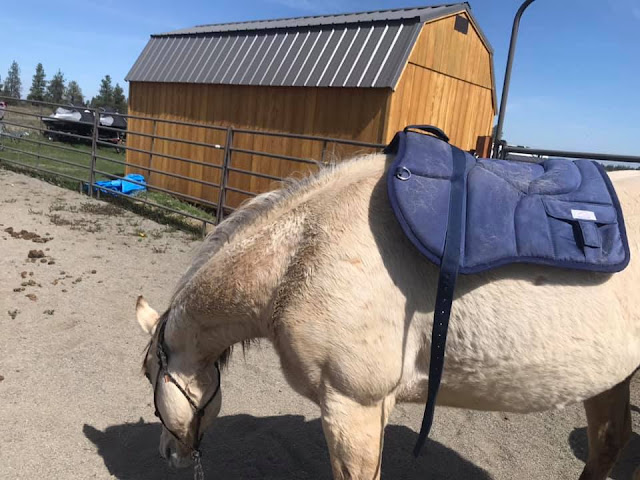 A couple day of packing various blankets. I work with him until I can drop his lead, have him stand "ground tied" and allow me to throw the blanket all over his back, butt, neck, head -- from both sides -- as well as --- drop it on the ground on both sides -- pack it at a trot -- allowing it to fall off on both sides as he's moving.

The training wasn't about the pad -- really -- it was about facing what he fears and seeing the scary thing move away.  Oh, he's so powerful, that boy!  He just looks at the monsters --- and they dissolve! 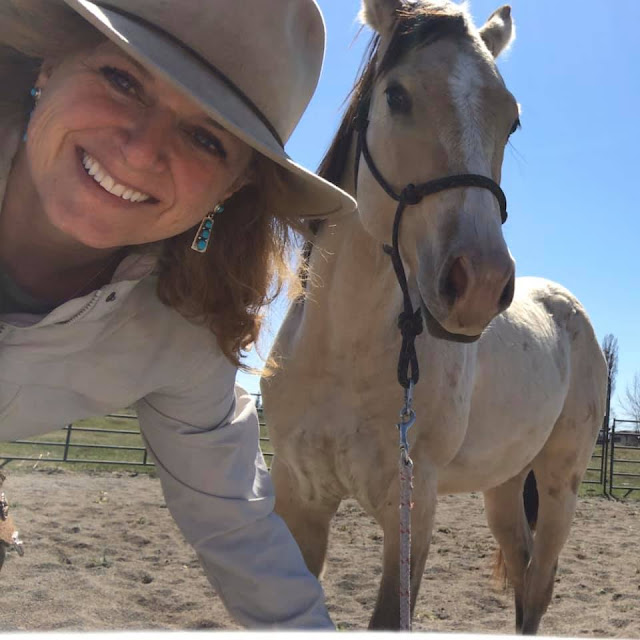 We're still good buddies, and he still comes trotting up to me when I come out to get him.  I guess we're okay.

I sure am going to miss him when he goes to kindergarten.
Posted by Linda at 2:48 PM 6 comments: