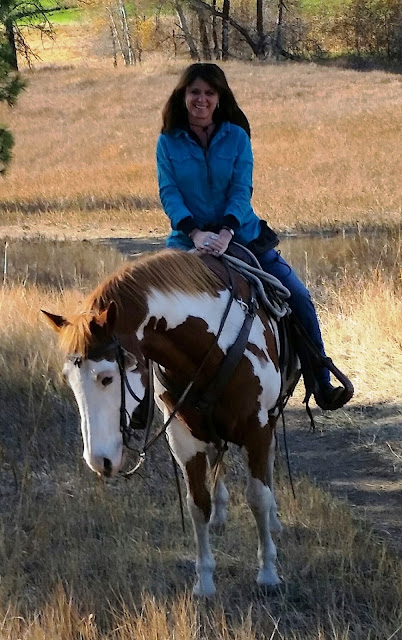 Happy birthday to my crazy heart-horse, Cowboy. He was 22 on March 7, 2017.  As far as I know, he is the oldest in our herd now.  Penny may be older, since she's a non-registered horse, and most non-registered are likely to be a little older than they say when they sell them to you.  But as far as papers are concerned, Cowboy is officially the oldest.

Cowboy was born on a ranch in St. Maries, Idaho.  His birth occurred when the family was out shopping, and when they arrived home, they saw him out with another mare who had stolen him from his mama.  A month later, his mama died after getting her neck stuck in a feeder, and Cowboy ended up being a bottle-fed orphan.

Bottle-fed orphans are unique because it's not the natural or best way to raise a foal, but he has the biggest heart and loves people.  In his best moments he is the most amazing horse. Though, he'll never be a kid's horse because he does have that unpredictable, scaredy-cat side.

Cowboy is a survivor--he's 10 years past a broken and displaced front coffin bone.  There is arthritis in the coffin joint, but Cowboy pushes through and still carries me on the trails.

Last weekend, I was bringing home some of the horses from the clinic next door and Cowboy came running along the fence line whinnying at them--just like Old Red used to do.  My daughter and I couldn't believe out eyes.  Is Cowboy stepping up into Red's role?  Time will tell.