Losing Red was hard and, in fact, it set off a couple of health issues which I went to my doctor for this morning, but all is well.

Last week, I told my friends to keep an eye out for an older horse for us to add to our herd--a grand kid type horse.  I was thinking down the road, but one of those very friends, to my surprise, was needing to find a home for her heart-horse.  He's a 20 year old, very well trained & gentle Paint named Little Joe. 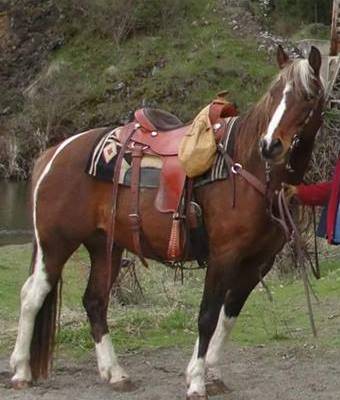 I went out to meet him last Friday, and he was a sweetie. 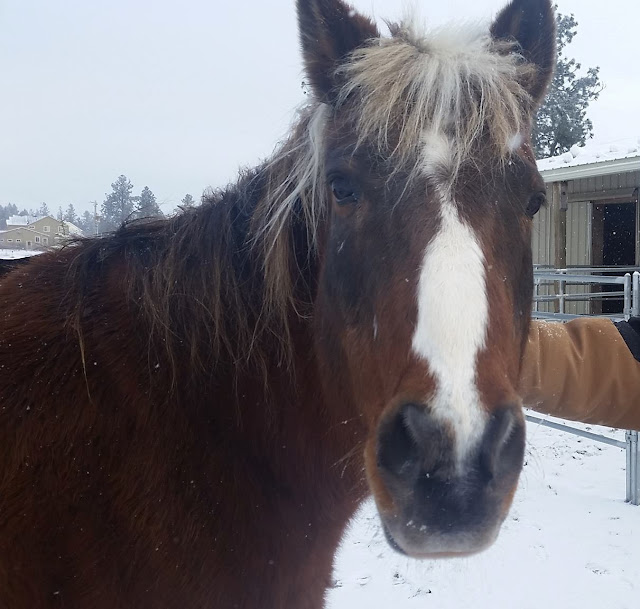 (Right before he mauled my camera.)

In between snow storms, that very day, I brought him home.

His only issue is that he has foundered before.  My farrier trimmed him yesterday, and he thinks he will be just fine.  But because of that, he has to be on a limited all grass diet, which makes him a perfect companion for Leah.  I'll be playing with him on my day off Friday.  Being thrown in with a bunch of mares initially made him really nervous, even though he's in a stall and run. You know how mares are--total hussies! Anyway, I think he's getting used to them now.

And, at the exact same time I was getting Little Joe, my daughter, Shiloh, found a horse for her husband, a beginning rider.  She's a 17 year old, ranch-trained Quarter Horse. 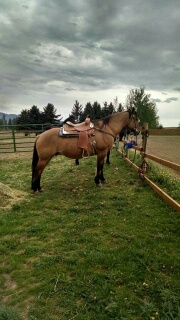 I went out with them to ride Foxy and she was golden--very smooth, willing and responsive.  She's only ever been ridden in a hackamore, which they sold her with. She has done lots and lots of trail riding and a little rodeo.  My farrier went over to meet her, pushed back her long, raven-black bangs, saw one swirl on her head and said, "Easy!"  Which she was and is.  I'm really excited for my son-in-law.  He had a small amount of money to spend on her, so he made them an offer. They had a woman coming to see her the next day that probably would have given them their full price offer, easily--but the owner wanted to sell him to my SIL. 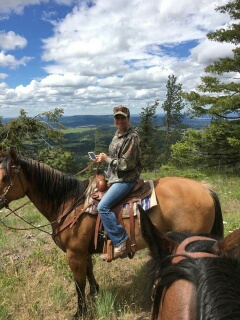 Our herd is now back up to eight horses.  No horse can replace Red--that's for sure--but they are helping us to turn the page to a New Chapter. Even Cowgirl is going to start a new chapter this year, if all goes well.  Because she lost Red, Shiloh is ready to breed her and let her raise a baby.  It's something she has put off and put off, not wanting to pull Cowgirl away from Red, but now it's time.

Do you think this is crazy?  When I used to go out to the pasture to bring Red in for morning and evening feedings, I'd always call for him.  I'd say things like, "Hey, Handsome. Come on, Big Boy. Let's go, Red. Hurry Up." (Red never hurried.) And, variations of that.  Now, when I go out there, I envision him with the others and I say those same things out loud, as if he's there, and it makes me laugh.  I know he's not there, but I like to remember it, and the whole scenario cracks me up.  Is that totally nuts??

Cowboy is a good sport.  Yesterday, he looked around like, who you talking to.....me?  And, he came over for some mom time.  I think it's his turn to get the special treatment.

More photos of the newbies and the day they arrived: 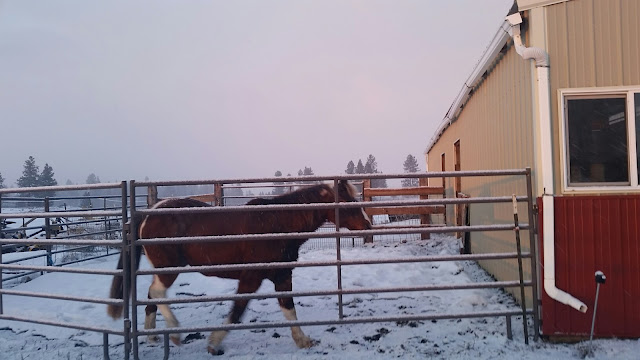 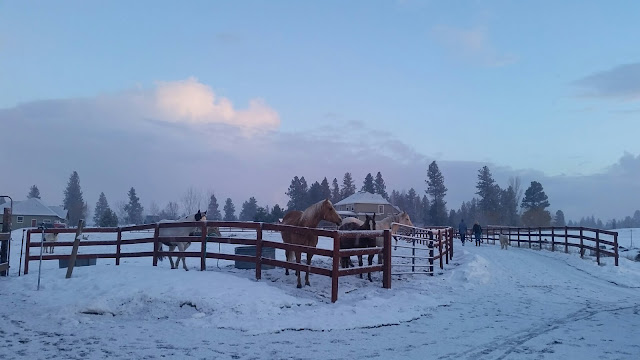 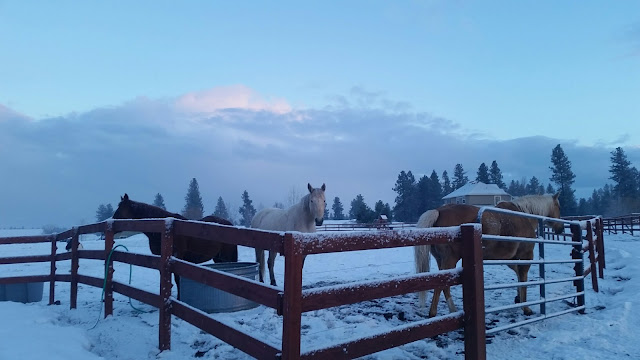 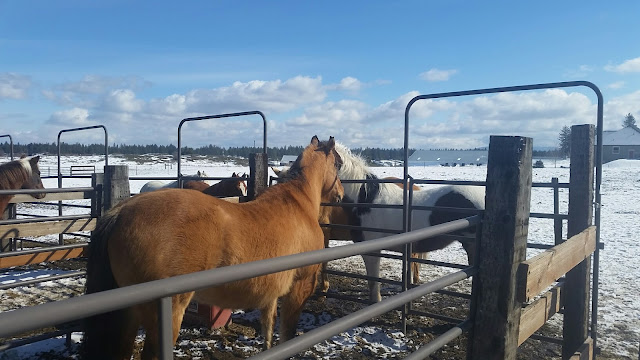 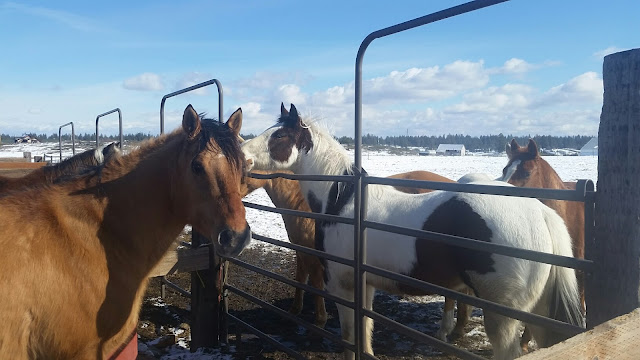 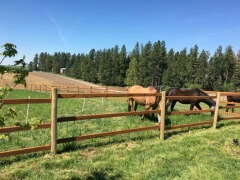 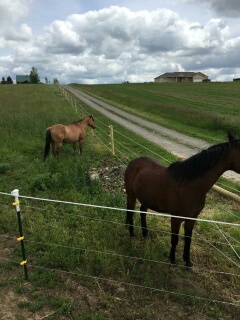 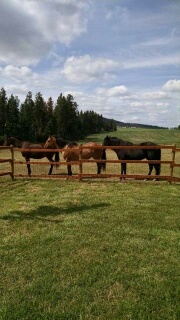 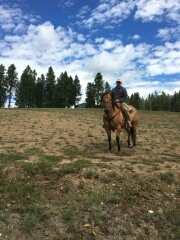