Check this out Mustang and horse lovers!

Follow their journey at Western Horseman dot com.
Posted by Linda at 9:37 AM 3 comments:

I got to interview the sweetest animal lover and horsewoman this week, Templeton Thompson.  Tempy, as her friends call her, and I'm proud to call her a friend, is a longtime Nashville singer/songwriter who wrote the soundtrack for the latest collection of Buck 7 Clinics DVDs.  She's also about ready to release some music she's written for the American Mustangs!

Right before we did the interview, and in fact, we had to postpone it one day, her darling cat Cash died.  She and her husband had been driving along the freeway one day when she spotted this teeny kitty trying to cross and immediately wanted to save him.  Her husband, songwriter Sam Gay, good guy that he is, did his best "Nascar" interpretation and helped her do it.  That little kitty was named Cash because right off the bat they'd taken him to the vet and had to pay cash.

All of you have been by my side when I lost my sweet friends--my dog Elsa, my goats, Starsky and Hutch, Jasmine the pony, #42 my sweet cat, MJ, and her daughter Girl Cat, who my dog Maggie brought home to us and laid at our door.   I called her Girl Cat because I thought naming them impersonally would keep me from getting too attached.  It didn't.  Every loss was so hard.

So, I knew how Tempy felt--feels--since it's so recent.  Here's a video where Cash makes an appearance in the pasture.

Tempy can't help but to write songs about her animals--mostly horses.  She has a whole album dedicated to girls and horses called, Girls and Horses.  Everyone of her songs goes back to her animals in some way.

This week she released her biggest music video ever--When I Get That Pony Rode--which was directed by THE Cindy Meehl who directed our favorite movie, Buck!  Tempy got to know Cindy and Buck and wrote the music for his 7 Clinics based on the inspiration from them.  It had a worldwide release on CMT this week and I'm hoping everyone will support her with a click on over.

And if you want to get to know Tempy and hear all about working with Buck and Cindy, taking his clinic, writing songs in Nashville and working with Reba Mcentire--and her love for her "4-leggeds" join me at the family for the conversation.  Get on your dancing boots though because I wove in 19 of her songs to go along with it.

And in honor of Tempy, I'm offering a fun giveaway of her music from the 7 Clinics!  Just click on her "When I Get That Pony Rode" and leave a comment letting me know you did--and you'll get entered into the drawing--which I'll do one week from today.  If you have time, and want to know Tempy better-listen to the interview and send her a line.  She loves to hear from fellow Sistas!
Posted by Linda at 8:12 AM 10 comments:

After Christmas and almost one year recording and editing shows on BTR, working sometimes 8-10 hours a day as I learned the ins-and-outs of mixing, I decided if I'm going to spend this much time on anything it really has to incorporate my passions, too--the poets, writers, musicians and horse people I love.  We had interviewed some amazing people, but I wanted to also talk to the people who've changed my life.

It's been two months and I absolutely LOVE what I've been able to do.  I get to interview my heroes! The Pulitzer winner, former US Poet Laureate, Robert Hass (love his work), the author of one of my favorite books, The End of Your Life Book Club, Will Schwalbe, and....

1. Julie Goodnight: I've been DVR'ing her show, Horse Master, almost since it began.  I love her style.  She's a common-sense woman, and she has her special way.  She's also a great communicator to riders of how they can improve.  She's been training since 1987, but I didn't find her until 2008.  The conversation was fascinating to me--especially the part about what the most dangerous horse behavior is--their kill move. 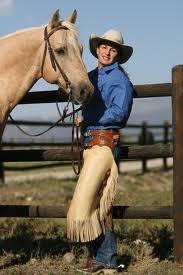 2. Jenn Grant: I fell in love with the CBC series--a horse rescue family drama, Heartland, and I blogged about it here.  The theme song to it is Dreamer, by Jenn Grant, and when I heard her voice I found out who she was and bought all her CDs.  She's well-known in Canada, but just being discovered in the States.  She writes her own music--she's spiritual and wise beyond her years--and our conversation was amazing. Last year she was nominated for a Juno-award (Canada's Grammy) and her mother was dying from cancer at the same time.  She opened up about that and her thoughts about the whole process--which was, for me, very comforting to hear.  Her show was so popular, it quickly became the highest listened to on all BTR--#1 out of 65,000 shows.  I was very happy for her and I hope everyone finds her music--it's kind of life-changing. 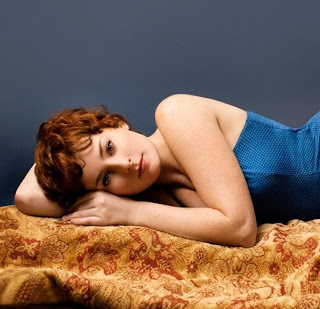 Coming up--an interview with my hero, Cindy Meehl--director of Buck, Buck Brannaman 7 Clinics DVDs, and now she's filming, Unbranded, four men and 18 MUSTANG horses trekking 3,000 miles from Mexico to Canada!!!  Can you believe it!?!?  I want to be Cindy in my next life!  Love her! 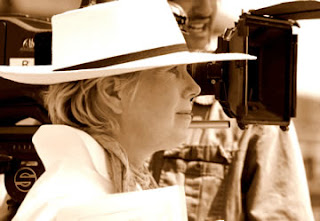 Also coming up, an interview with COWGIRL, Nashville singer/songwriter Templeton Thompson.  She has a song called Cowgirl Creed that I fell in love with -- and she wrote and recorded the music for Buck Brannaman's 7 Clincis DVDs.  She is a real horsewoman--loves her horses--and she writes music about them.  Her songs have also been recorded by Reba McEntire, Jo Dee Messina, and Little Texas, to name a few.  She was recording a music video with Cindy Meehl when I contacted her.  It's fun to see how one thing leads to another. 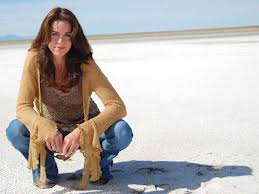 I also have an upcoming interview with another of my favorite poets, Claudia Emerson (Late Wife--my fave book ever), Sandra Bierman (my fave artist) and a few others.  I'm having a lot of fun with them.

My own horses are doing GREAT.  I got Old Red through the winter with lots of weight on him.  The other horses have thrived.  We've had a ton of ranch related issues though.  Right as the weather turned cold, the heated/automatic waterers started to short out.  The ground was frozen, so we had to turn them off and revert back to the hose and heaters--walking the hoses out to make sure they're drained and all that other fun stuff--like the old days!  We haven't been able to do much because of the ice and snow that plagued us for almost two months, but the horses didn't seem to mind.  We had snow on the ground longer than any year I can remember.  We're just now starting to see grass again--but not everywhere.

Happy Trails, horse friends!
Posted by Linda at 8:43 AM 13 comments: