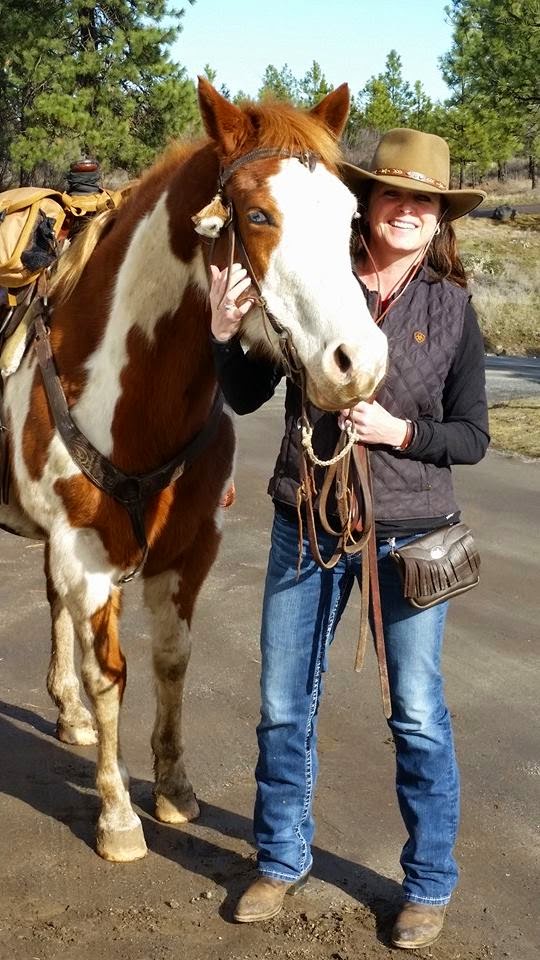 "Simply put; I'm trying to see what I can get done with the horse without him being troubled about doing it."- Buck Brannaman

Here in Spokane, WA we've had an early spring.  In fact, it's the warmest February on record.  For us, that means trail rides.  Where normally we'd be waiting for April, this Valentines was spent at Riverside State Park with my Valentines Baby--actually born on Valentines Day 23 years ago. 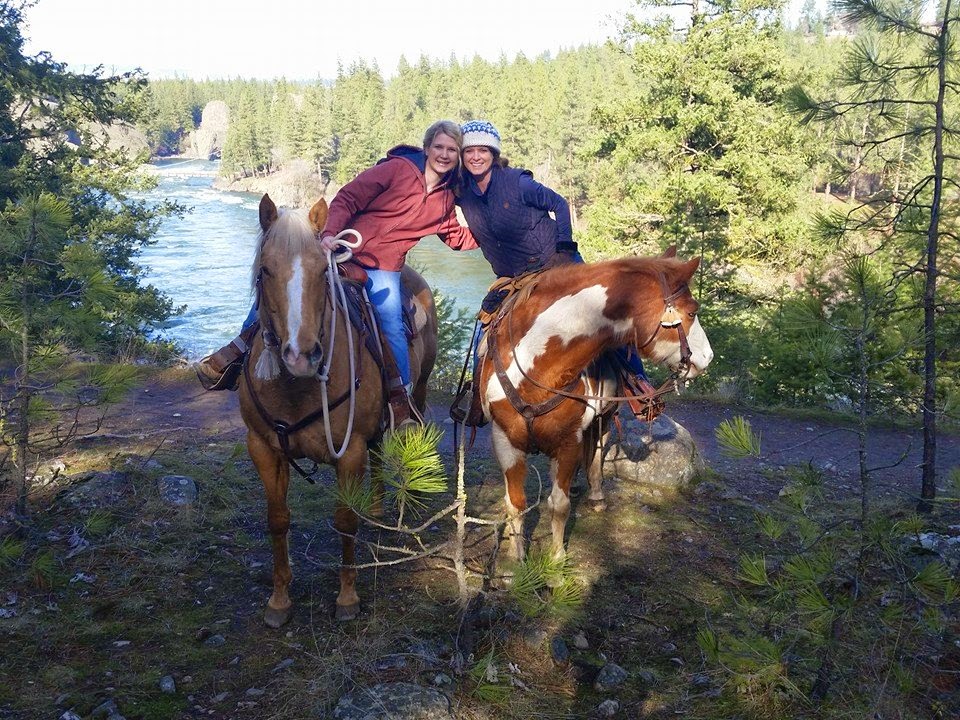 This weekend I realized my survivor heart-horse, Cowboy, is getting old.  I have to dig out his papers (which I don't need and don't care about except to find out his age) to see if he's 19 or 20.

19 or 20???  How did that happen?  He was supposed to be dead, by most accounts, 8 years ago almost to the day when he fractured and displaced his coffin bone.  The worst case scenario, he's never sound.  The best case scenario, you get a few seasons out of him until the arthritis in his coffin joint makes him unsound. 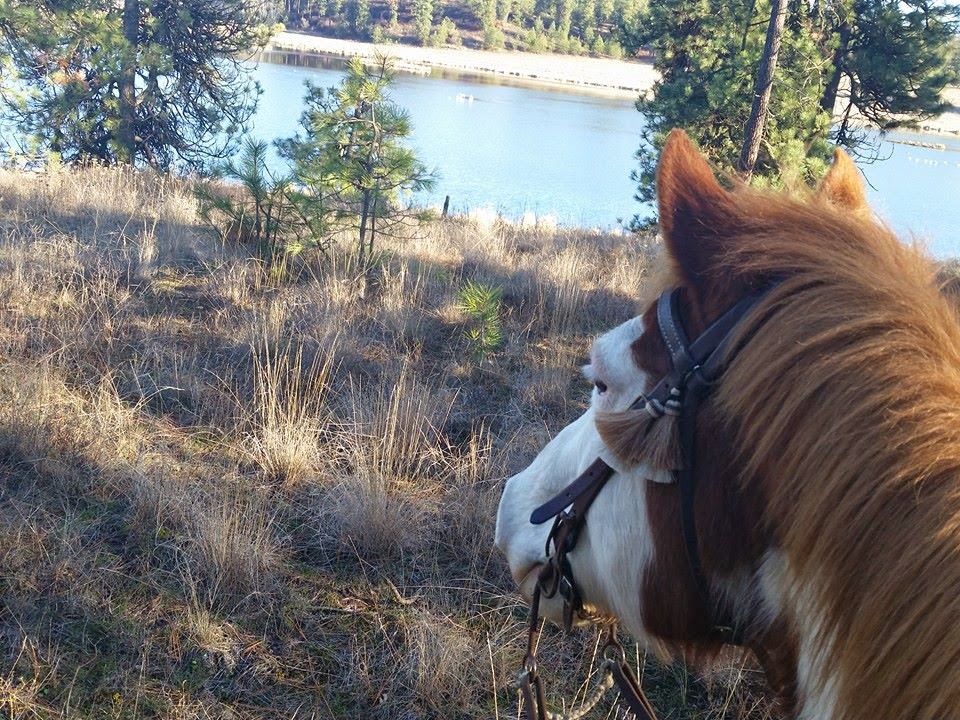 While riding at Slavin on Sunday, we spotted a group of Snow Geese.  (See picture directly above with Cowboy looking at the lake.)  What's unusual about that is they don't usually arrive until April.  This is February.

It has been a wonderful February so far--which is yet another blessing for me.  My youngest son set off to Boot Camp two weeks ago to prepare for his future with the Air National Guard.  The loss, although I know I shouldn't think of it as a loss, has left me pretty empty.  It's even been hard to play the piano.

That's why being able to be on horseback--on the trails--early this year is a personal miracle.  Being with my horse sets things straight.

I'm going to include another poem I wrote last summer after a 20 mile ride along the Spokane River with a good friend.  (See above Friday's picture with my daughter a day before her birthday--that's the beautiful Spokane River behind us.)  The loneliness I mention is what I felt the next day writing about it from my office and wishing I was back there.  The only remedy, spend every waking hour with my horses.

Happy President's Day, everyone.  I hope you're all having lots and lots of great moments with your own herd families today and always.

I do not know much about gods;
but I think that the river
Is a strong brown god -
sullen, untamed and intractable.

Nothing makes you feel more alone–
Yesterday’s twenty miles of river
Calculated today, a lifetime.
The hunting bird, you said eagle,
Then, you said Osprey,
It was an Osprey.
Great beautiful white-winged thing
Hunting the Spokane River
For the one that jumps too high,
Makes itself too known,
Dares to release itself
From the swelling under-swell.

Another bit to share: I've been looking for a piece of art for my living room for seven years and found this piece this weekend.  It reminded me so much of Cowboy I had to buy it.  It's almost as if he was the model--but he wasn't. 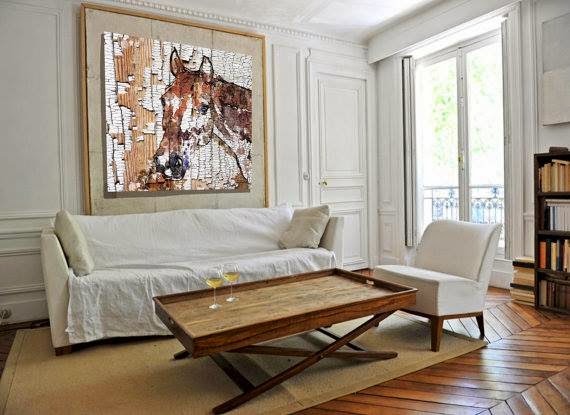 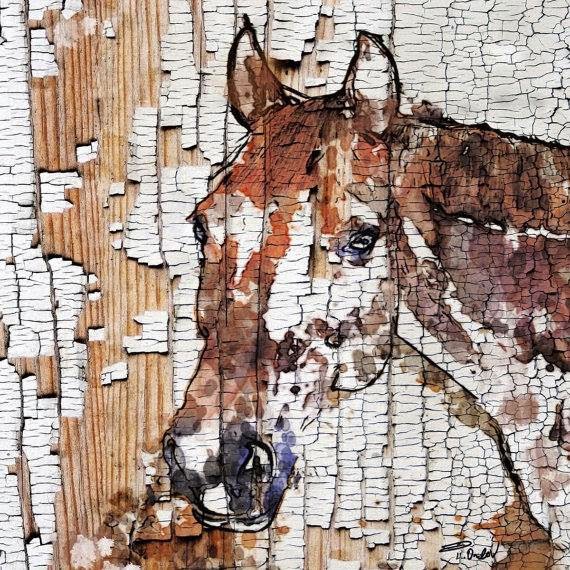