Still the Mama (Very Much So!) 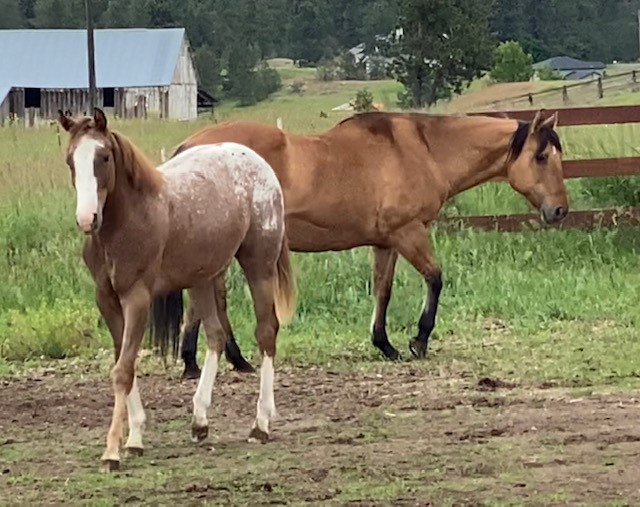 I don't want to be too repetitive, but for those new to the blog, or catching up, I have been replacing Cowgirl, Epona's mama, with Foxy, the head mare in our herd. Cowgirl wanted this change, and was refusing to go into her stall next to Epona at night. 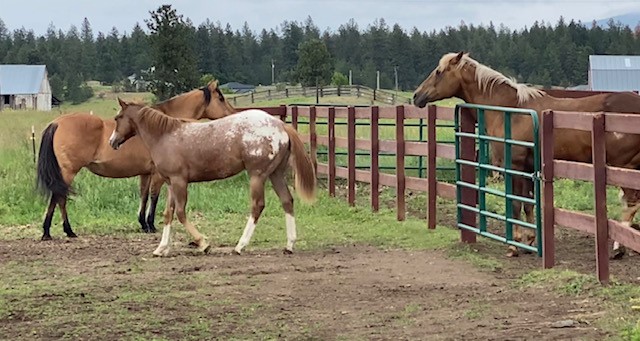 It seemed as if she'd released her baby. 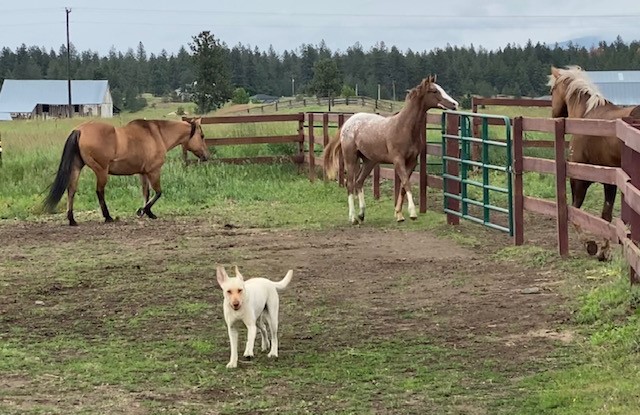 However, that isn't what was happening at all. 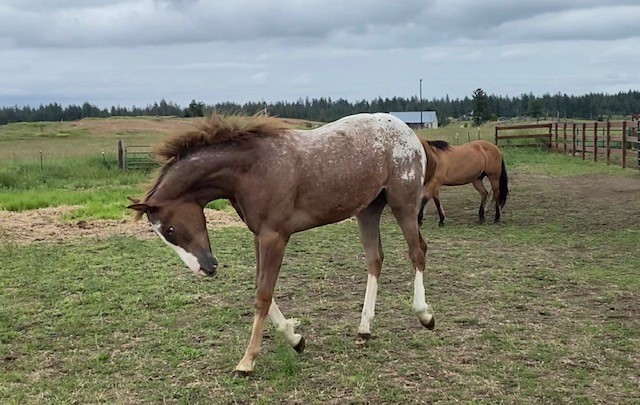 Now, for some herd psychology / dynamics: 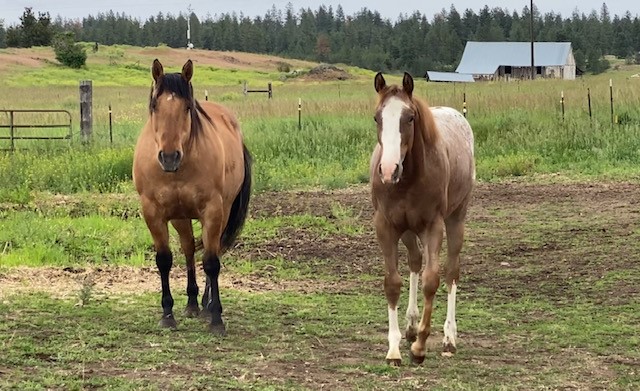 (Above. Foxy and Epona. Epona had rapid growth in her knees. I tried Cosequin ASU powder, but it required grain, too, and she has to be on a limited grain program. I found out about Rejuvenaide, by Progressive, which is a pelleted and palatable format that does not require grain. There is another version, Leg Aide that is available only through your veterinarian and is dosed higher under their care, and contains calcium carbonate. Otherwise, it is the same product, sold over the counter. It is amazing! I hope it will balance out her rapid growth in those plates. So far, it has given her back her energy and full soundness. I would recommend it be used preventively for any fast growing foals. I wish someone had told me about it. Grrr.)
How do I know this about mares, Cowgirl Mama / Epona Baby, and herd order, you ask?
Last week, when we first started this separation, Epona went a couple of days without being released with Cowgirl, her biological mama. She was very happy in the stall next to Foxy, and all was going very well. But when I released her with the others, she ran right for Cowgirl Mama, and Beautiful Girl did not want that. She started chasing Epona away, and Cowgirl started getting between them to protect Epona. It was a mess. I got Epona haltered, put Foxy out, and Foxy brought herd order. Whew. No one was hurt.
Bad Beautiful Girl, right?
Wrong. 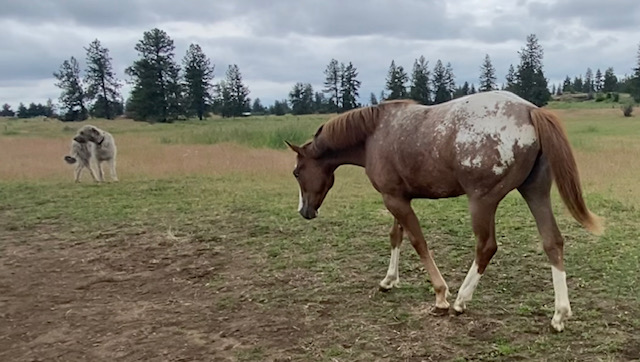 It had me scratching my head, that's for sure. 1. Cowgirl was still very protective of Epona. 2. Cowgirl was submitting to a herd hierarchy. 3. Beautiful Girl was enforcing that hierarchy 4. Foxy was the mastermind and the glue of the hierarchy.
Okay.
Fast forward to last night, three days after that fiasco. Someone was putting away horses for me, a very complex job that they did not fully understand. In that process, they failed to put Tumbleweed in his stall before opening the gate for the mare herd.
I was putting food away in the kitchen, and when I looked out the window I could see Cowgirl and Tumbleweed fighting it out, something I have been working tirelessly to prevent. I have put them in stalls next to one another, in turnouts next to one another--all, in an effort to have them work out whatever is going on safely, over a barrier. But this threw all that out, and HELL broke loose. 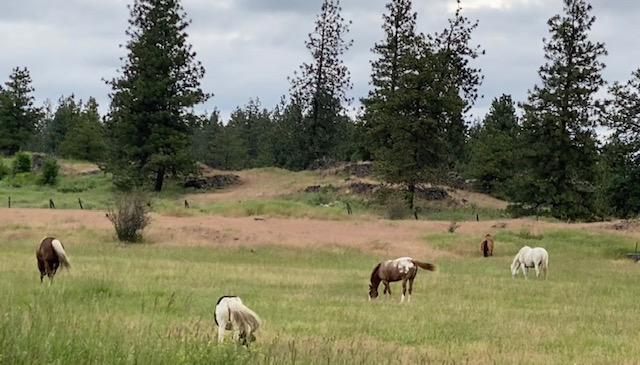 Off I flew, running to the pasture, grabbed a halter and rope, and into the turnout. It was bedlam. But what I saw happening with the mares was quite noble.
1. Cowgirl was protecting Epona. She was blocking her from Tumbleweed with her full body, and going butt to butt when he tried to ram past her. 2. Beautiful Girl and Foxy were trying to get in between them all and herd Tumbleweed away. When they'd get him away, they would try to corral him. (It didn't work.)
When BG and Foxy got Tumbleweed away for the 4th or 5th time, I was able to approach T and get him haltered. He had thrown a shoe a couple days before, and I wasn't wanting him to go crazy on those feet, but alas, he did anyway. Other than that, they all seemed unscathed.
The lesson here: herds are very, very complex, and nothing happens without a reason. What we see as mean could very well save their lives in a dangerous situation.
I'm not sure how I will proceed. I do want to have them all integrated at some point, but not before I know none will be injured in the process. That could be sooner, later, or even never.
The other lesson learned: Cowgirl is a helluva a mama.
Posted by Linda at 10:43 AM