We Survived a Tornado 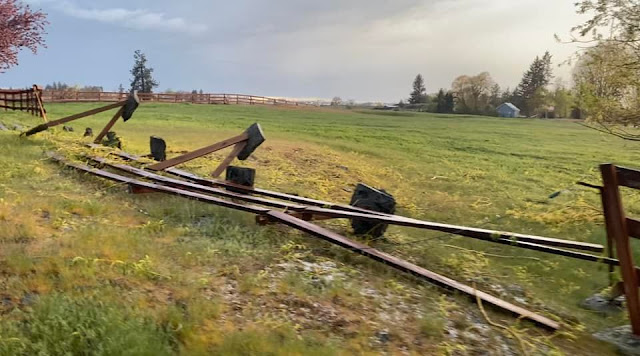 What a crazy year, and now you can add being hit by a tornado to the list of things that has happened to us.  In Spokane, since 1950, there are only 13 confirmed tornados, but we had 2 in one day and now that number is 15. One of them touched down at our house, took out our fence, moved to my neighbor's, uprooted 2 of his big pine trees, and then continued down the road and back into the sky.

While it was happening, I was looking out the back window at the barn, watching the horses, and not the front window, where the tornado ripped through. Our young lab, Lucy, had begun to absolutely freak out (something she has never done in previous storms) and I couldn't contain her. I was also on the phone with my mom while this was happening, and I told her it sounded like a nuclear bomb had gone off. It looked like it, too. It had become very dark and otherworldly. But there wasn't much wind in the back of the house. In fact, we have a tent up on our deck and pillows on the outdoor furniture, and it all stayed in place.

But in the front of the house, a different scene was playing out, and our neighbor witnessed the whole thing. I texted him when the storm settled to see if they were okay, and he said he saw the tornado come through the fences and over to his place and uproot the trees then move on. The national weather service came by and interviewed him, compared it to their radar and witness videos, and confirmed it was, indeed, a tornado. 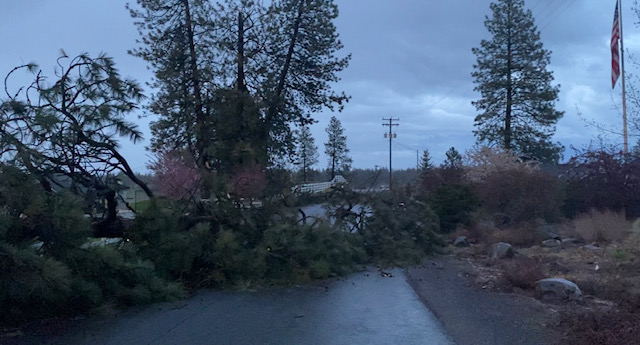 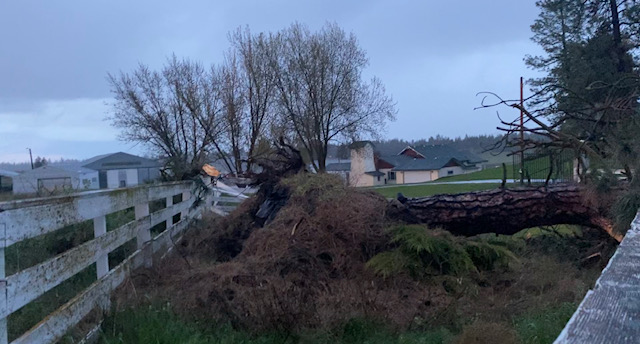 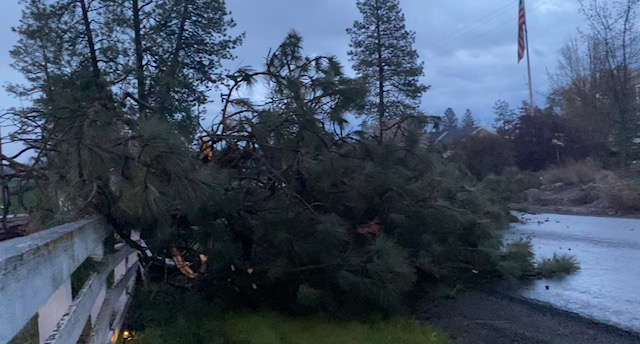 Another neighbor got a few photos after it passed by. 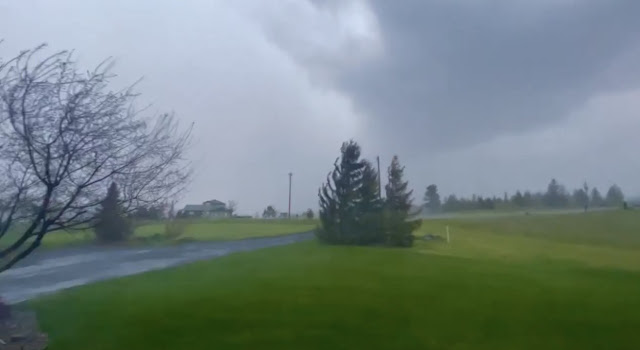 Here's a link to the video, if you'd like to see what it looked like from far away. It's as if a hand is placing a tornado right onto our property.

The sky was eery that night, and the nights afterward.

We lost power because the trees took out the power lines. I walked down the road to survey the damage. 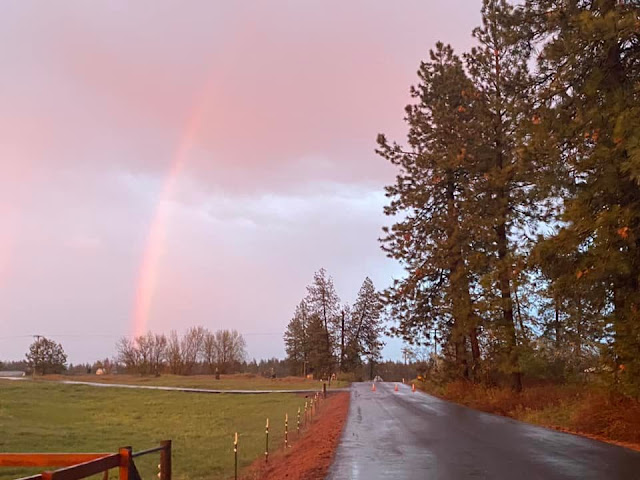 Looking back toward our house. 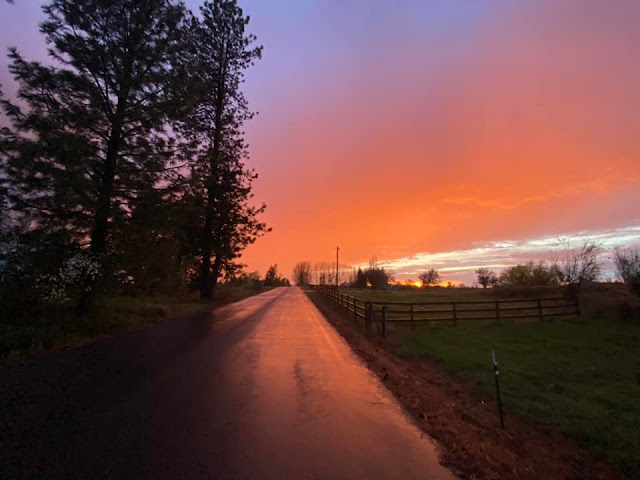 My husband went out the next day and was able to use the tractor to fix the fence. 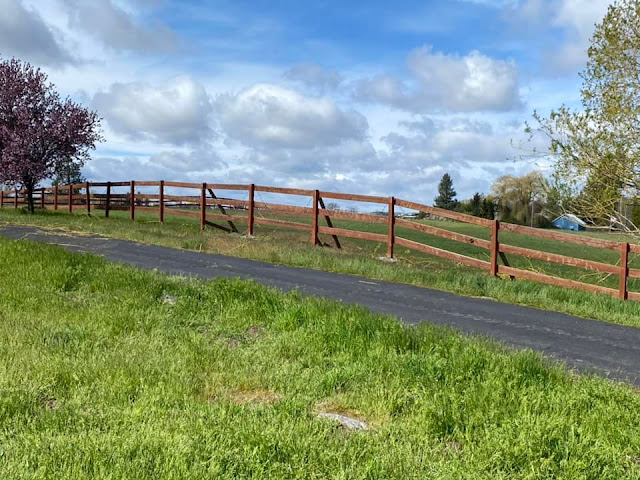 It has been a weird year. That company I told you about, Lifeline Screening, hasn't refunded me for the tests that I paid for, but which they were unable to get results because of the botched blood test. I told them what happened with the tech, and they said they filed a report, but no one has followed up. My next step is to report them to the BBB. I don't want what happened to me to happen to anyone else. Oh, and I followed up with a liver panel from a hospital lab and my liver results were perfect. (They had erroneously reported elevated enzymes).
Tumbleweed is still with the trainer, and doing well. My trainer played a little guessing game. Can you guess which horse is Tumbleweed? 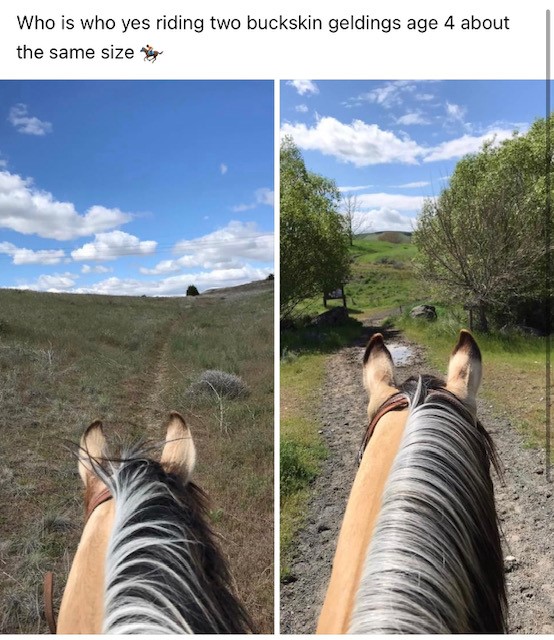 Epona started to grow too fast, and seemed like she might be developing epiphysitis. I stripped her diet down to grass and no supplements. She is on pasture part of the day, too. She didn't show any signs of lameness, but looked a little swollen at the knees. It's common in thoroughbreds, and is often the result of too much high energy feed. She's definitely in another growth spurt, so I'm hoping this will slow her down.
She has developed a strong bond with Cowboy because they're turned out together most days and he has become the designated babysitter. Here he is last night. I had kept him in during the day and let him out in the evening. He went right over to Epona's turnout to call her over.
More Cowboy and Epona.
Posted by Linda at 9:05 AM