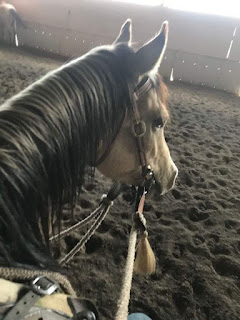 I received my first update on Tumbleweed on Tuesday. His first day of training was Monday, and there was a major windstorm in the area with gusts of up to 60 mph. My trainer's philosophy is they've "got to be good on bad days, too." And so, she never takes a day off for bad weather. She said he had some buck in him Monday (she worked him on the ground that day) and Tuesday she was back in the saddle with him, and he was doing great. (It was his first ride since last fall, so extra bonus points that he remembered his lessons.)

I am so happy he was ready to go on his saddle training because my hope is that he is working well off the rein at the end of his two months. She was starting that work at the end of his last training, and I was following up on it with lessons from my trainer up here, so I think he will be a long way toward it when I get him back.

In the meantime, I continue to put Epona and Cowgirl out with Foxy and Cowboy, and they've become a happy little herd.

I've also been getting some hikes in, and had to buy a new pair of hiking boots at REI, as mine were finally giving out. I went, again, with the Keen Targhee III, with added inserts for better arch support. I'm on a waiting list, however, for the OBOZ Sawtooth II. They're sold out, and I needed new boots now, not later. I love the Keens, but have heard so much good about the OBOZ that I really want to add a pair to my hiking closet when they're available again.

Here are some of my favorite photos from a recent hike: 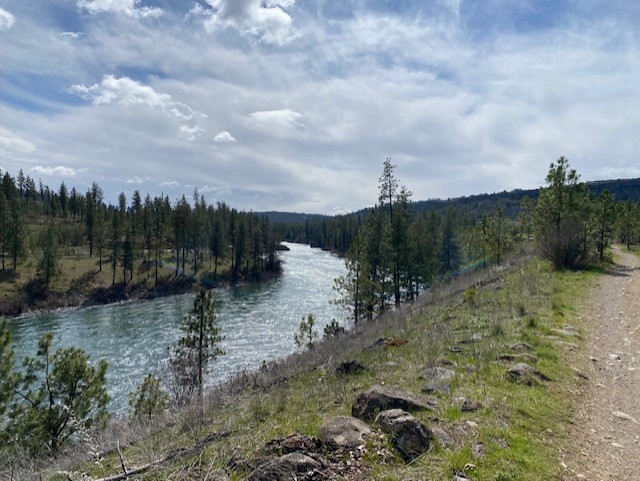 The wildflowers are starting to pop.
Prairie star, or Hillside Woodland Star 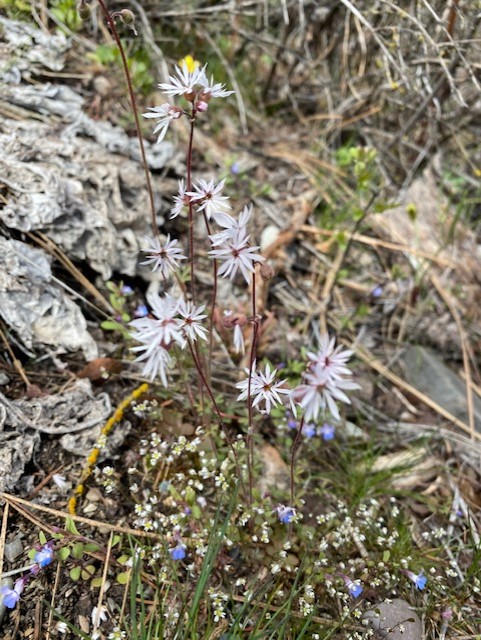 Arrowleaf Balsamroot about to open. 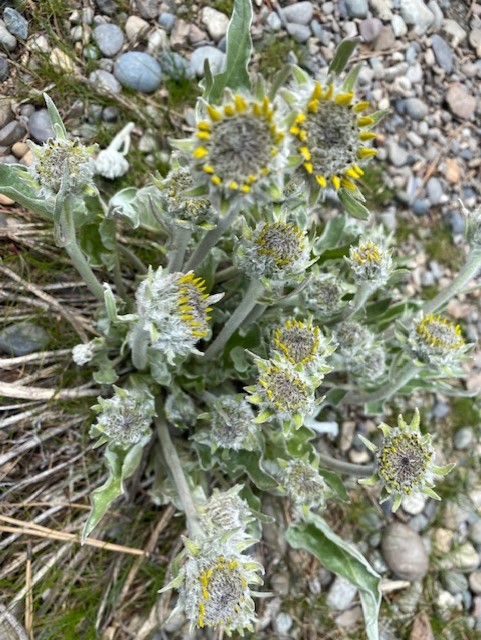 Lupine getting its start. 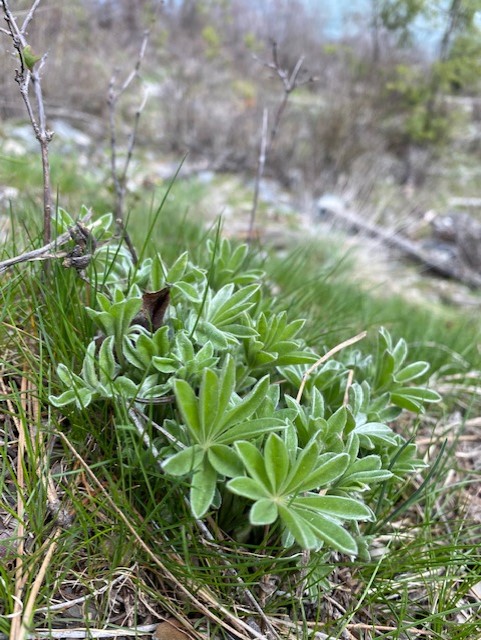 Serviceberry blossom about to open. 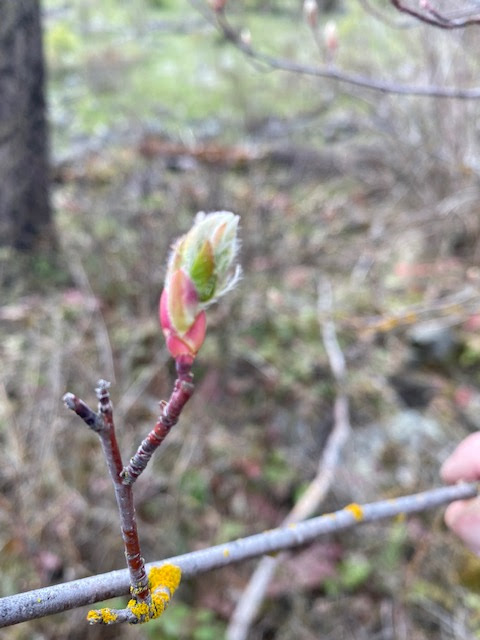 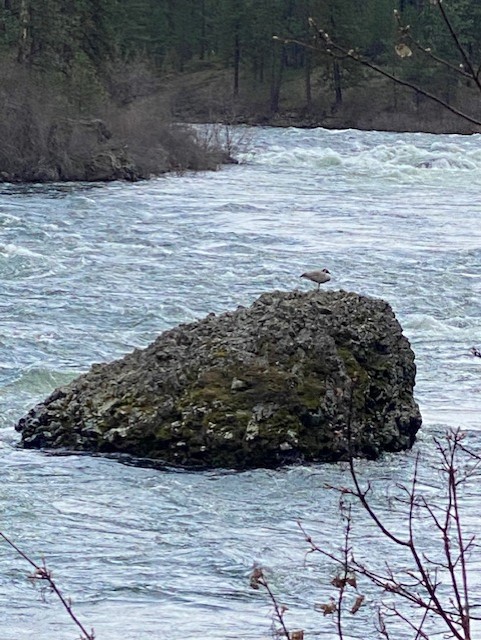 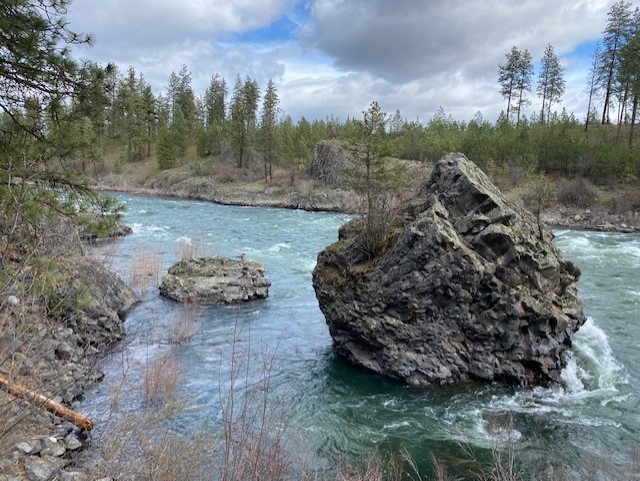 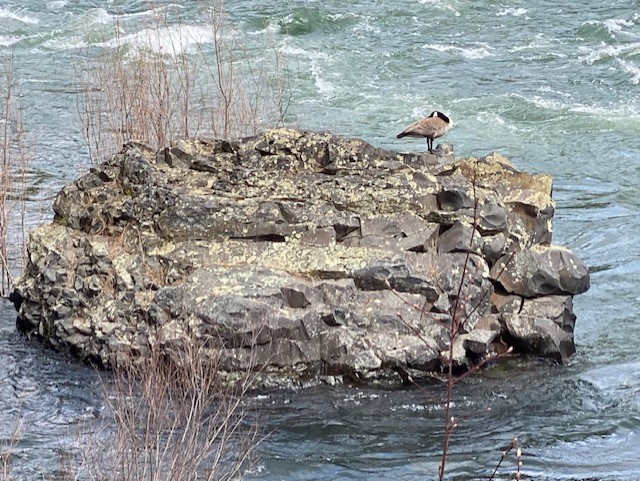 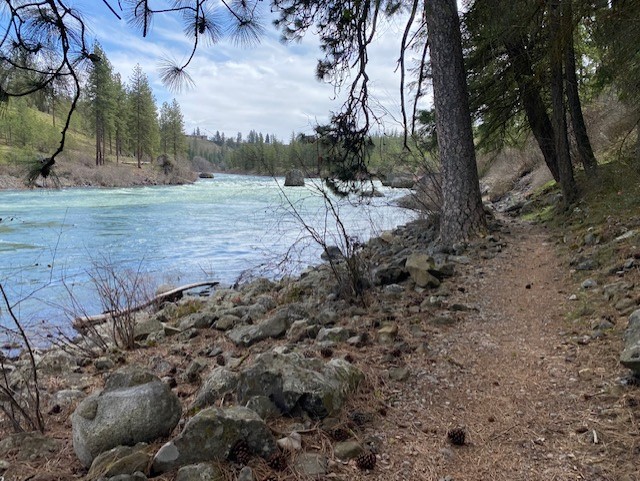 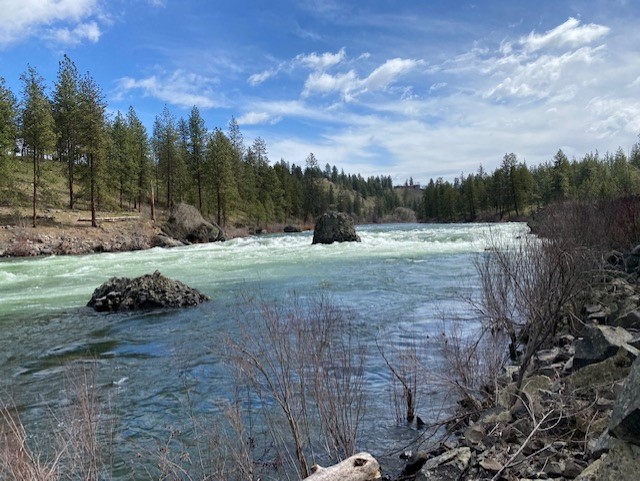 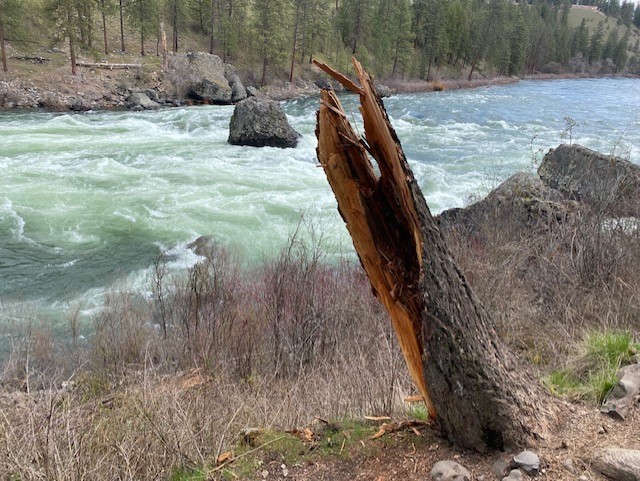 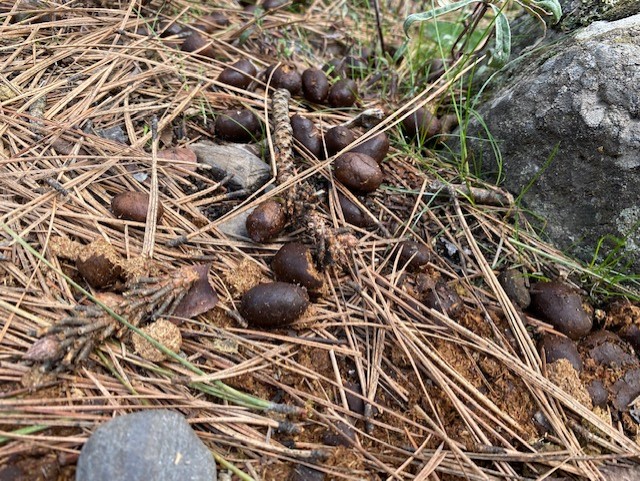 Video of a Canada goose we inconvenienced on the trail.

And rafters navigating the rapids on the Spokane River.
Posted by Linda at 1:23 PM