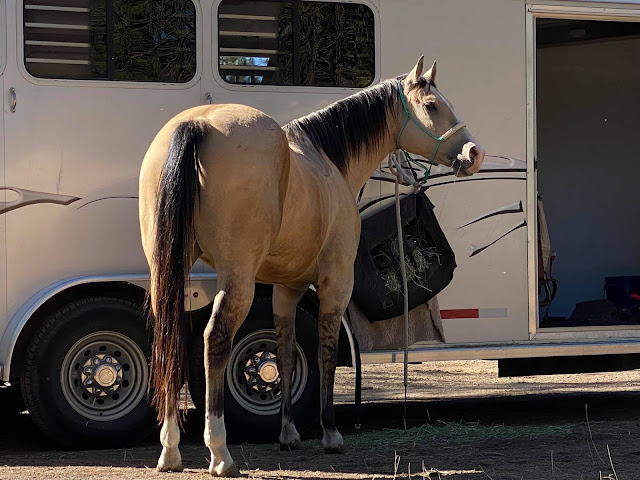 Have you ever experienced a moment with your horse where, if they could talk, you're pretty sure they'd say, This is bullshit? I had one of those today.

The beauty of my new system is that we're out at the park most of the day, so it allows me to stop and take a break and rethink my approach. Tumbleweed and I had started out with obstacles again, and I found him completely shutting down on me. Like, these were fun the first time, but enough is enough. 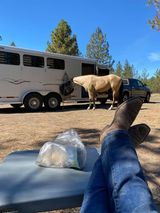 We went back to the trailer, and he ate his hay while I ate my lunch. I started to think, Okay, what's next then? I decided that part 2 of the day would be working him in the round pen to see if he had any frustration stored up, and to see if I could move his feet and get a connection. All of that went well, and I had his attention, so back we went to take another break at the trailer. 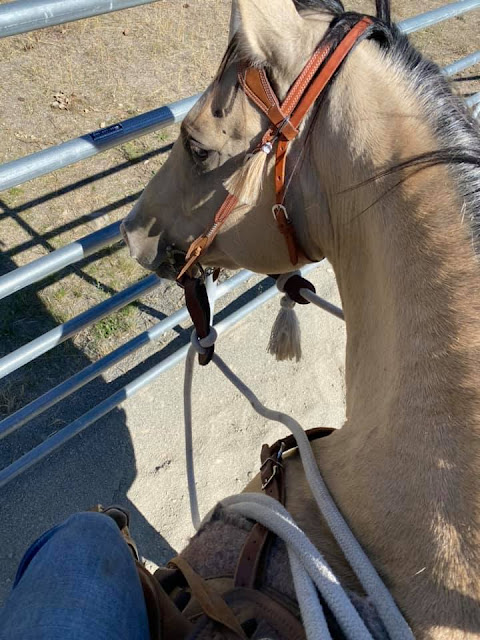 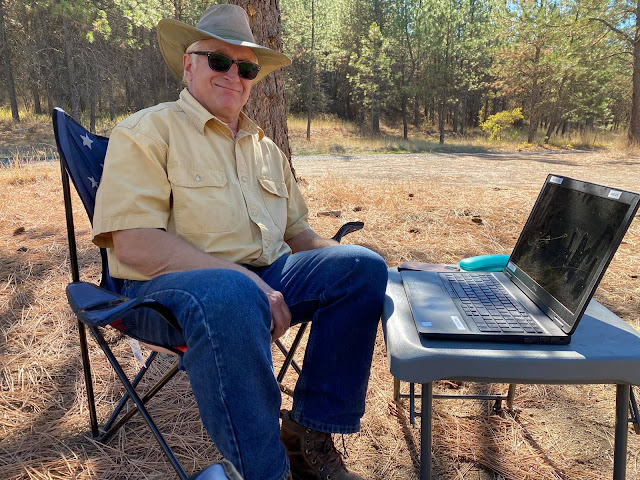 At that point, I thought, Well, hell, why not take him out on the trail and over the obstacles in saddle, since he's doing so good? 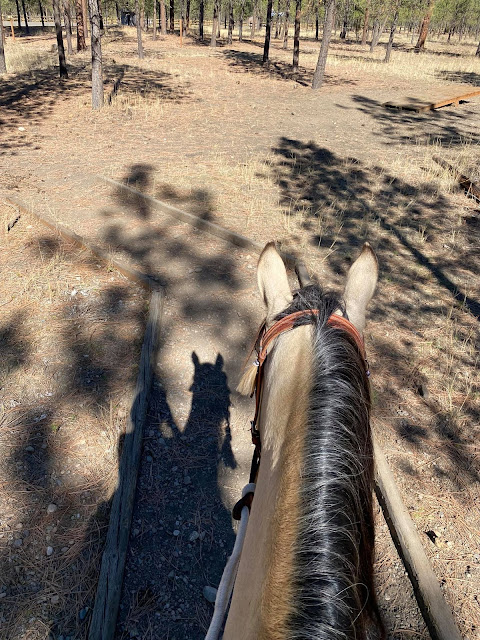 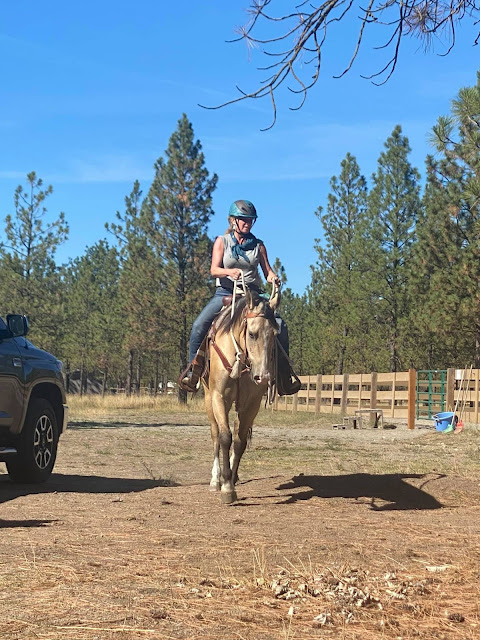 We rode through trees, up and down the nearby trails, and then over the obstacles. Tumbleweed was a rock star. 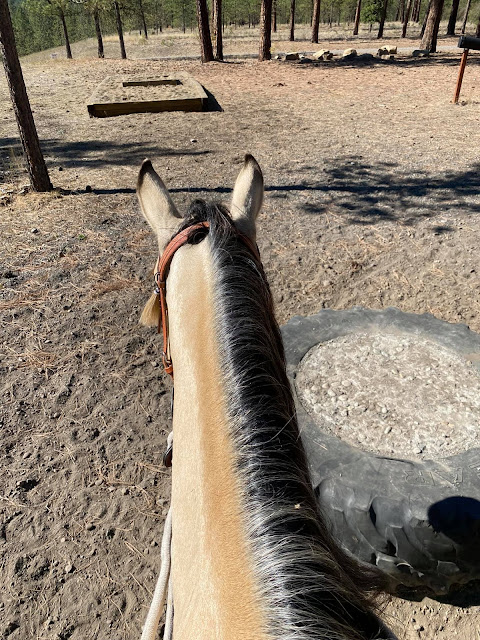 By the end of the day, we had progressed from frustration and shutting down to, YOU DID AWESOME, TWEED! (kiss, kiss, hug, hug, kiss, kiss--happy boy.) I'm so thankful we corrected, because he does not need to be a frustrated 3 year old--he needs to build confidence--and LOTS of it. If I had gone down there and stopped at the first hour, we wouldn't have had the breakthrough. I wouldn't have figured out what Tumbleweed was trying to say to me. Four and half hours together gave us what we needed, and it increased my understanding of him.

Based upon everything I saw today, I think we are ready for a long ride this Sunday. 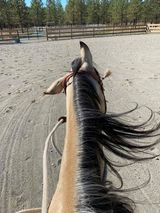