Epona had her vet appointment today, and it is bad news--we have to take her off of Cowgirl. 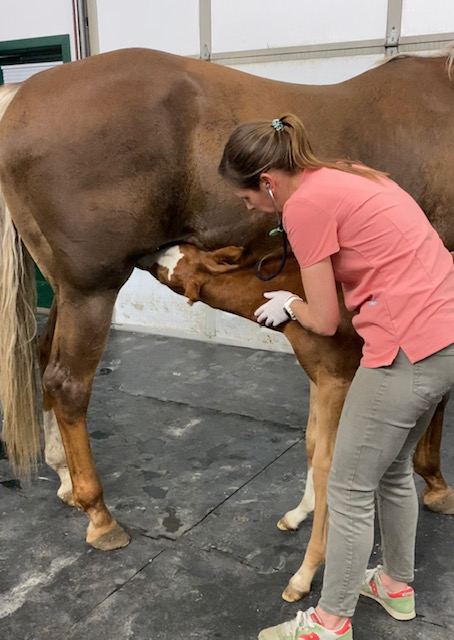 Although, her lungs were a little better, they weren't good enough. They listened to her swallowing. 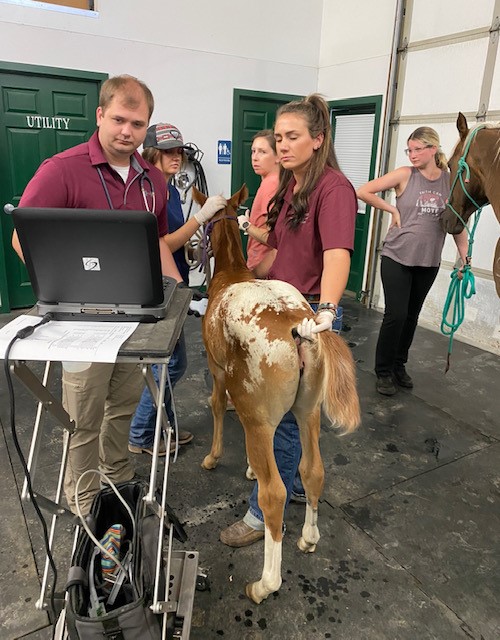 Then they did an ultrasound of her lungs. 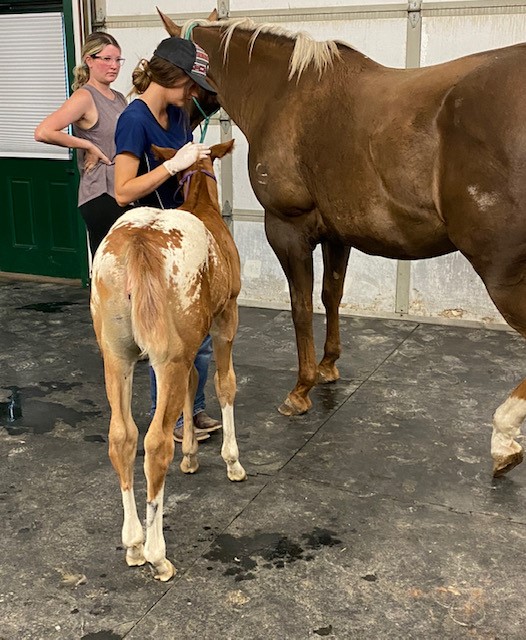 Finally, they did another endoscopy. 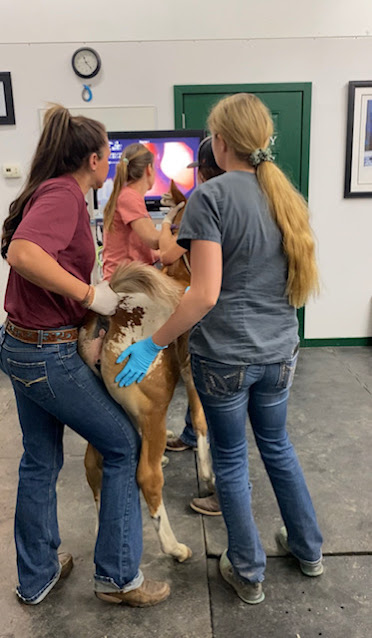 They hope the problem is only when she's lifting her head up to nurse, but we won't know for sure until we start to feed her from a bucket. Nursing from mom has to end as soon as possible. They said if she continues to aspirate, she will start developing lung abscesses, and they are very hard to treat and can scar.
This has left us scrambling to 1) figure out a system to cover up Cowgirl's teats (tape won't work, because Epona can pull it off, and 2) Secure enough milk replacer, which I've just done over the phone at several locations. If we can get her safely through two weeks of milk replacer, she can then transition to milk replacer pellets.
The hope is to keep her with mama, but if we can't figure out a safe way to cover Cowgirl's teats, we will have to separate them in adjoining stalls.
It's discouraging, to say the least.