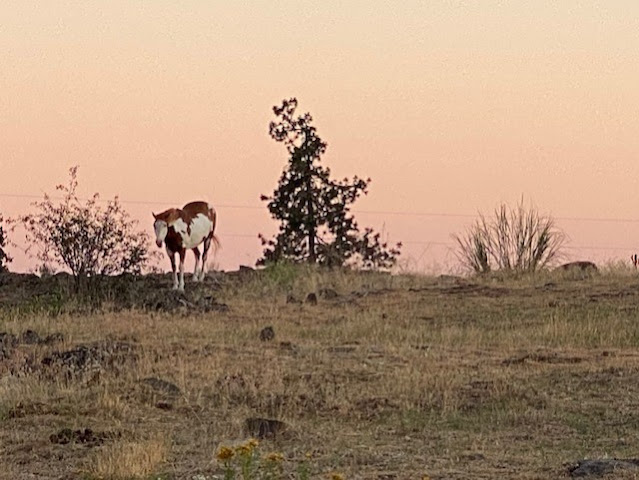 Today, we enter the 2nd day of what forecasters expect to be 109-111 degrees of sweltering, unrelenting heat. The speed with which it is heating up outside this morning, confirms their predictions. But fear not, we survived 106 with flying colors, and there is much optimism that we will survive this, too, and soon be on the other side.  And when I say soon, I mean a week from now. But then again, 100 degree days seem relatively cool, compared to 110'ish.

Some of you already know we lost power and water last night. That was a surprise. It sent us scrambling in the dark to make sure everyone had plenty of water for the night. We do have a generator, and we did turn it on, but the power outage made our well pump malfunction. It mysterious began working again this morning, and I'm not going to question that little miracle. I'll take it!

The heat wave is causing our power grid to fail, so they will start rolling blackouts today. They will be planned, unlike the one we experienced due to "a bird."

The boys installed a mister last night over Epona and Cowgirl's stall. It is set up so that the fan blows it over them.

Epona did very well yesterday, despite the heat. She starts off her day with two doses of different antibiotics. 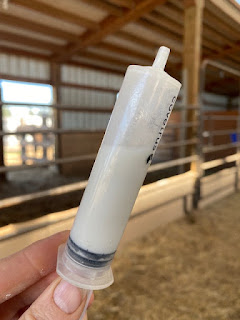 All this medication administration is GREAT for training. Epona is very used to being handled all over now.

When the temps became cooler outside in the shade than in the barn, we let Cowgirl and Epona out. Epona played all night. She was full of energy.

Epona discovers the rocks, but isn't sure how to get down.
And Epona is starting to eat her grain with vigor. I'm happy to see this! That's one big step forward. If she can start drinking water, too, we will have a solid plan B!
Well, here we go...off to keep the horses cool and hydrated during day 2. 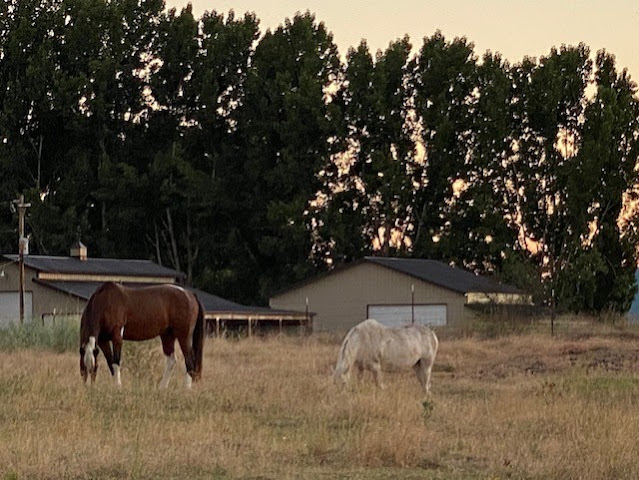