Foxy, My Not-Pregnant-Mare, Has Developed Milk 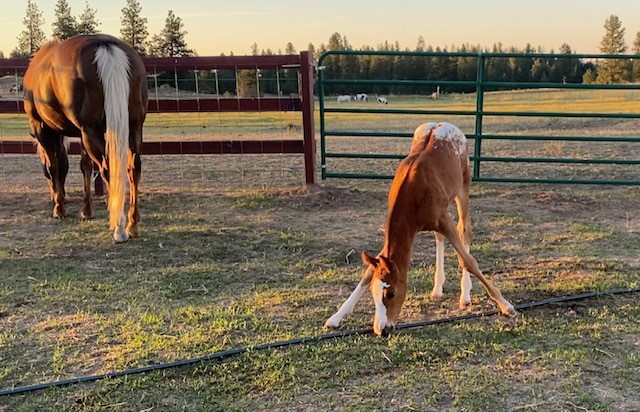 The heat wave has begun, and it's already taking its toll on the horses. You can see the energy zapped out of them during the day, and it's hard to watch. We haven't even reached the maximum temps of 109. I'm curious how equestrians who live in Arizona and Nevada handle temperatures like this.

If Epona was 100%, and drinking water, I'd feel a little better. I poured a bucket of water over her yesterday. She wasn't too sure about that, but she didn't fight much either. I'll do the same thing today. She had five days of no milk coming out of her nose, but today she stopped nursing to itch her leg, and some milk came out. I was like, NOOOOO!!!  But it was only one time, so we will see what happens.

If there's one silver lining in the heat wave, it's that our evenings do cool down to the 70's, and the horses come alive again when they feel it drop. I let them out at about 8 pm last night, and they were happy campers.

On another note, Foxy Mama, who hasn't had a foal in at least ten years, has developed milk. I'm not sure what to think about this development. Can she nurse Epona? I teased out a little bit, and it seems watery. What a mama though! She is so mother-driven, she has produced milk for a baby who is not even hers.

We hosted a bridal brunch here yesterday for my daughter-in-law. 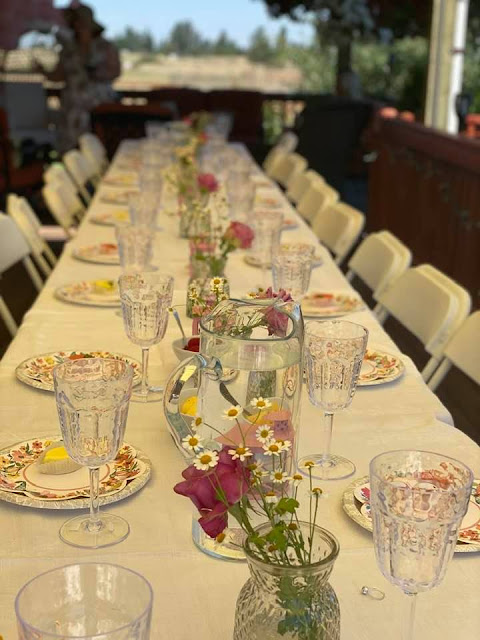 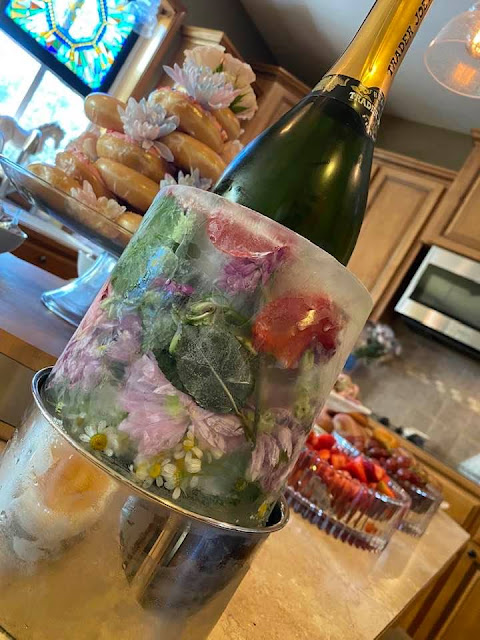 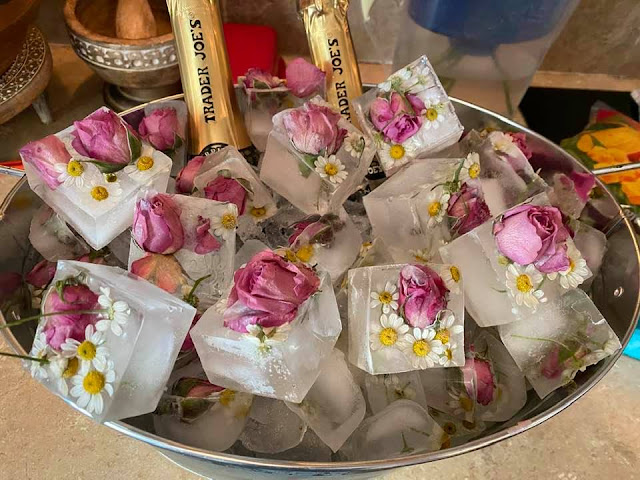 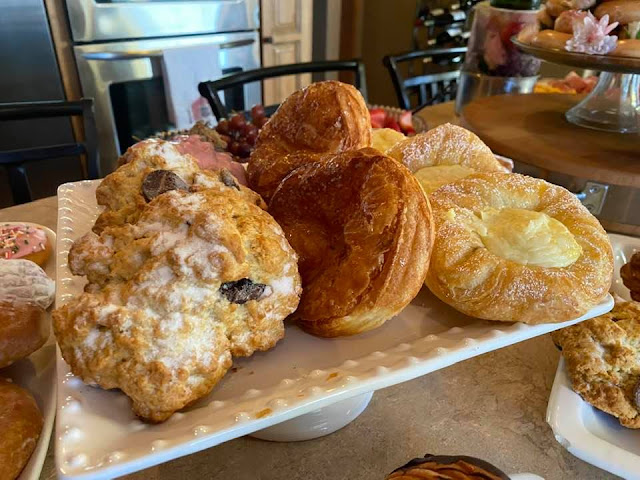 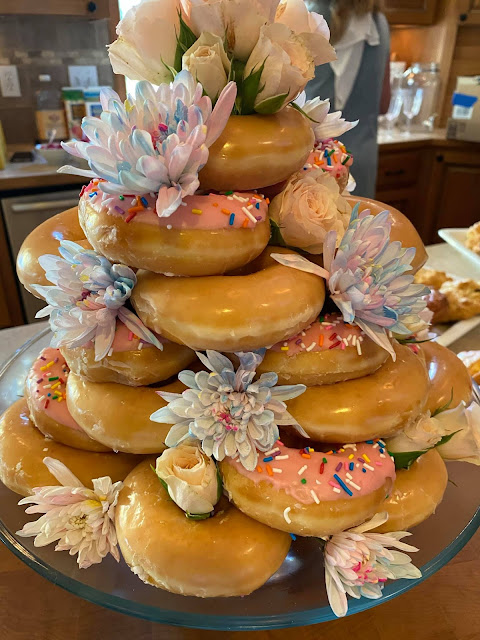 Shiloh and my daughter-in-law are quite creative. It was a beautiful day.
Posted by Linda at 9:35 AM