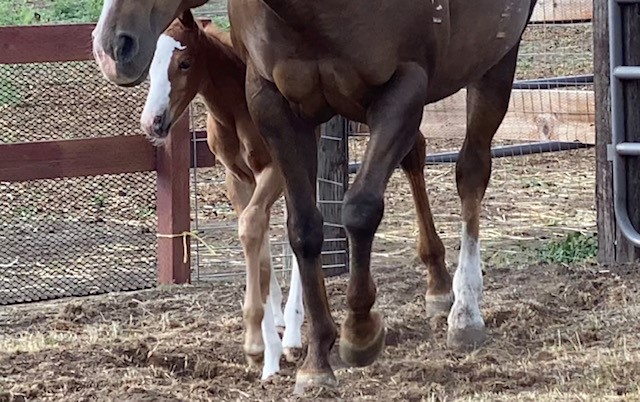 You might remember from the last post, we were battling with 95 degree days. They were awful. However, this week, the temps have dipped into the upper 30's at night, equally awful. 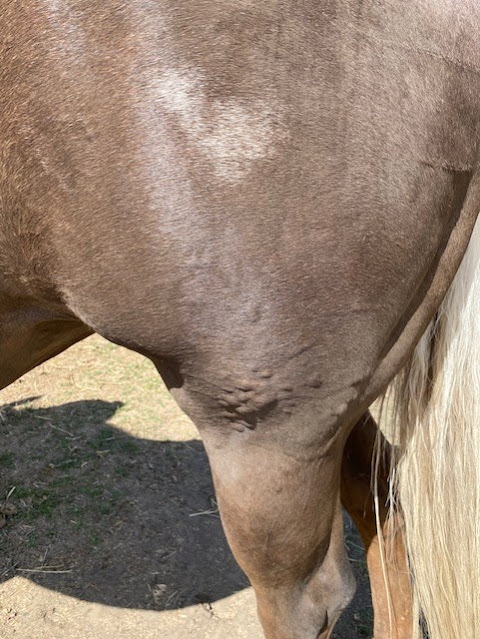 After my last, Yay, it's the week birthday post, Cowgirl broke out in hives. From what? I don't know. I suspected her antibiotics, but I had also just reintroduced Haystack pellets to her diet. In any case, the vet had us continue the antibiotics for the 10 days prescribed, and add in 10 x 10mg pills of Aller-Tec. I  discontinued the new feed.

She seems to be better.

Then, last night, we found Epona outside shivering. It had a been a cold, windy day, so we just assumed it was due to that. We locked them in the barn again, and her shivering stopped. Yay.

Woke up this morning, and had a text from Shiloh, who was watching them from the barn cam, and said Epona was trying to nurse, but Cowgirl was pinning her ears and kicking out. NOOOO!

So, I started watching the cam, and saw that Epona was trying to nurse, but Cowgirl would move away.

I sent an email off to Shirley, and put a call into our vet. Shirley got back to me about the time I went out and found that Cowgirl was streaming milk out of both teats, and Epona had milk on her head and coming out her nostrils. She was coughing a little bit, too. 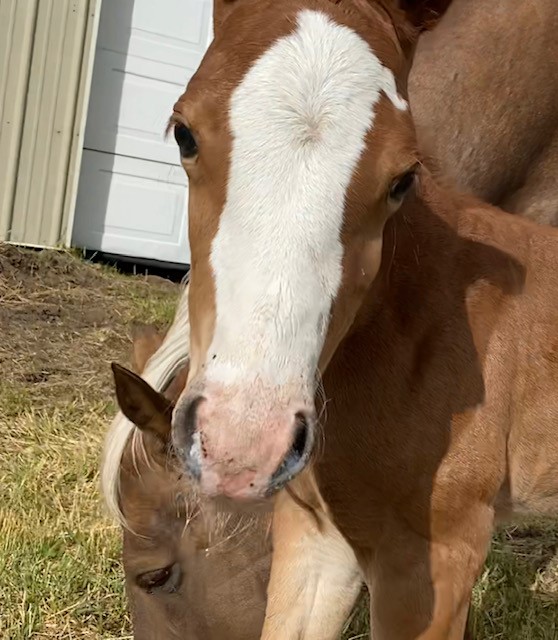 The vet called back and wanted me to bring her in, because they don't have a clue what's going on, but then things started to smooth out a bit, and I could see that Epona was drinking, but just couldn't drink fast enough.  She got enough to be satisfied and fall back to sleep. Shirley suspects that when the milk came in, it came in too fast for Epona to drink. And, she has seen it come out of their noses before. 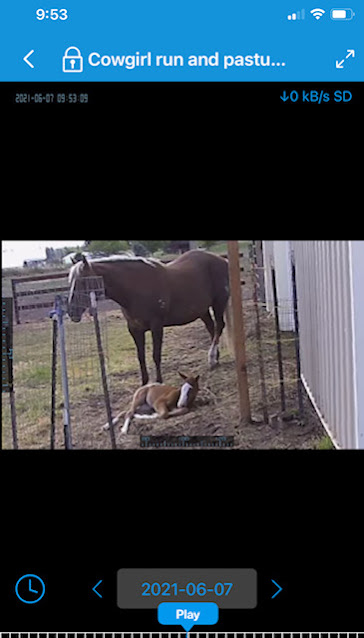 We'll continue to watch her and see how it progresses. Right now, she seems satisfied (finally!) with milk, and able to sleep near mama.

More and more, I have come to realize how much a bargain a foal purchase really is, and the way to go. Someone has done all the work for you, and you can just go out and shop for the perfect, healthy, cute, flashy (fill in the blank) horse of your dreams. The price of foals has increased, but I understand why. Just the extra feed, alone, drives up costs, but add in the breeding fees, vet care, the nights of lost sleep, the days filled with worry--it's a lot of work. Breeders who do this a lot already have the knowledge, and I am thankful I can draw on it during this (thanks Shirley), but for novices, it's not as easy as one would think. Mother nature doesn't always kick in and make everything go smoothly.

Maybe, someday I'll look back with parent amnesia, and think it was all worth it, but for now, I'm emotionally exhausted and a bit discouraged.