Epona Made It to Her One Week Birthday & a Prize Arrived! 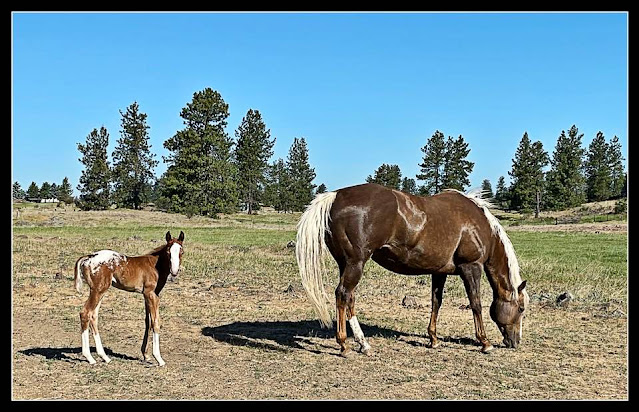 Epona has officially made it to her one week birthday! Yay! It's no small feat, since the first week of a foal's life is their most vulnerable, and she had to battle record hot temperatures and a trip to the vet with mama. She thrived.

We celebrated by opening them up to the larger pasture for a day of fun. 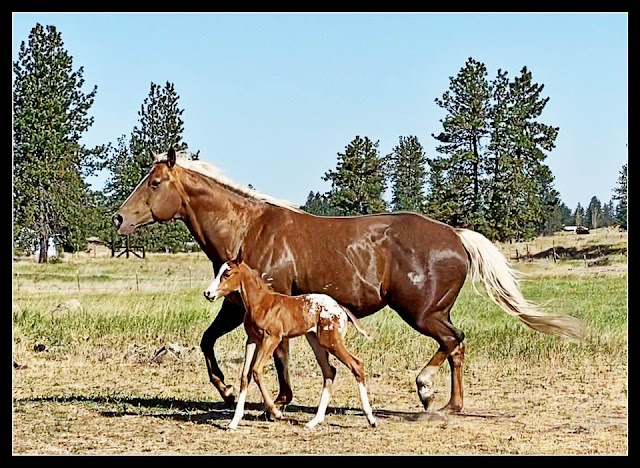 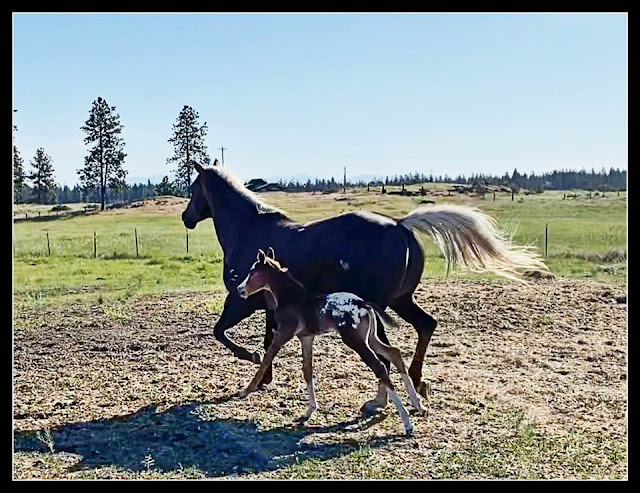 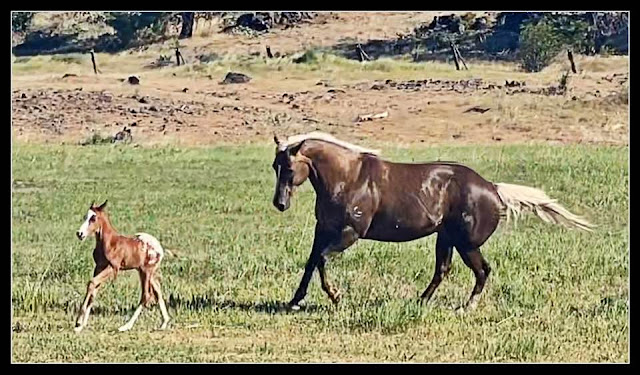 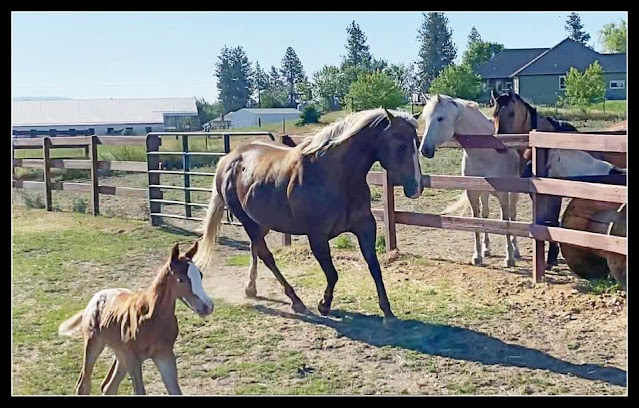 1. Super hot temperatures are just as dangerous as super cold temperatures. Epona kept insisting on lying outside, and Cowgirl couldn't get her in the stall, thus, she laid out sweating under the sun until we were able to install gates and get them in. That's the fastest we've ever worked, but we got it done, and she lived through it. They didn't like being locked in for most of two days, but there was no other choice. 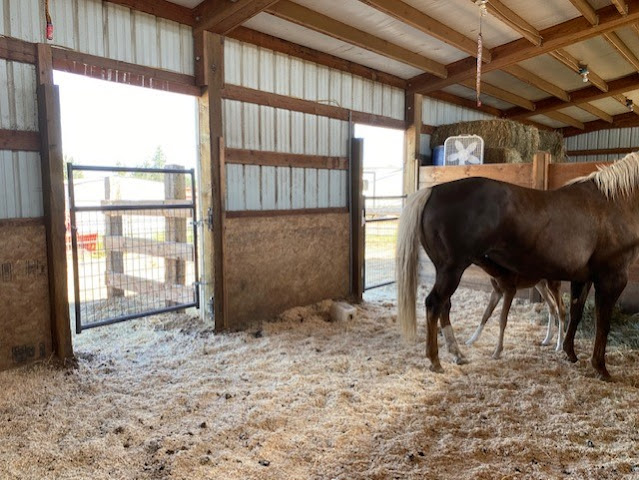 3. It took a while for Epona to respect her mama's wishes. At first, Cowgirl was all doting and nuzzling, like she was just amazed she'd produced a baby--but last night, after another long hot day together, mama got serious about discipline. She kicked out at Epona, and when Epona started to run under her, while she was walking, she just continued walking and Epona had to hurry to escape. I don't know what else she did, but by today, Epona was like a well-trained soldier. She didn't go anywhere without her mama's permission. 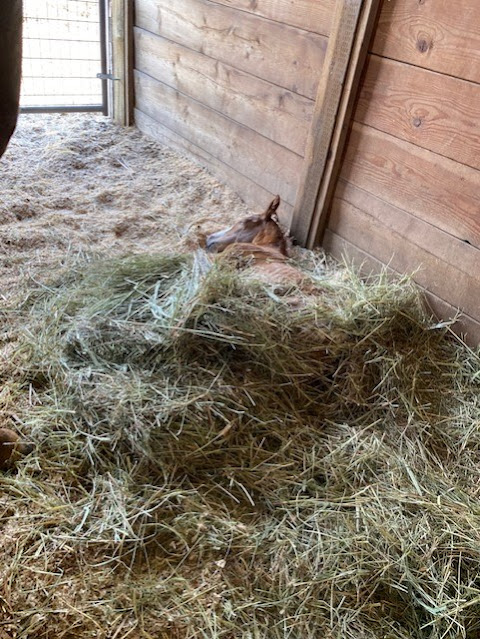 One of the first signs I saw that Cowgirl was no longer the doting mama, was coming in to find Epona covered in hay Cowgirl had thrown on her while eating. Epona had become an afterthought to food. In fact, the kick out happened while Cowgirl was eating her grain and Epona was bothering her.

On another note, I received my gift from Shirley for winning her foaling contest!  She said my guess was the closest anyone had ever come to all the details: sorrel filly at 4am on Tumbleweed's birthday. Ha! I'll take it! It was fitting for me to win this one since the prize is a pouch with Beamer on it. This will always be a reminder of the stud who produced my boy. 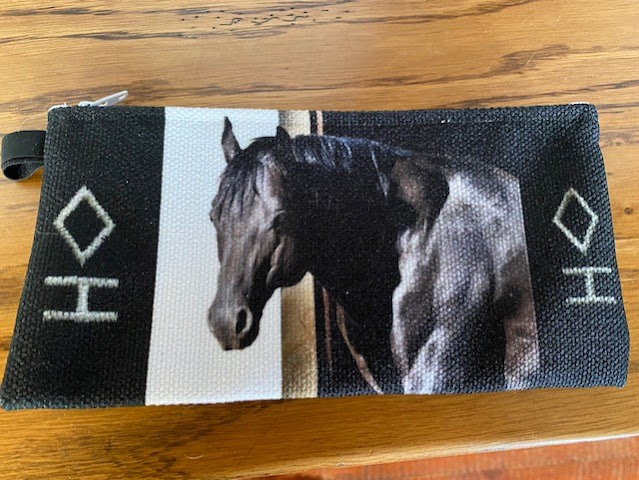 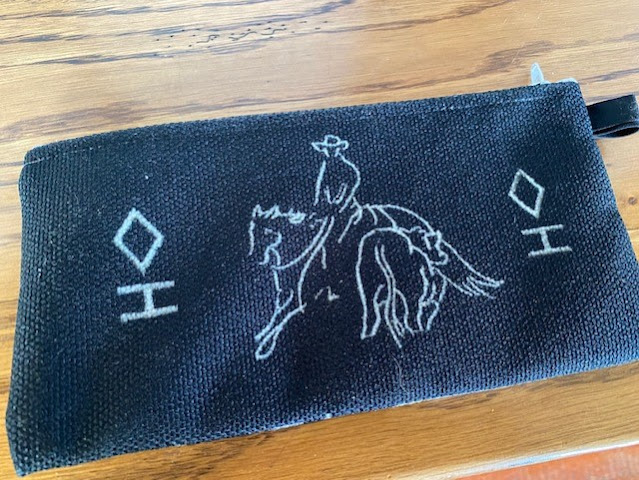