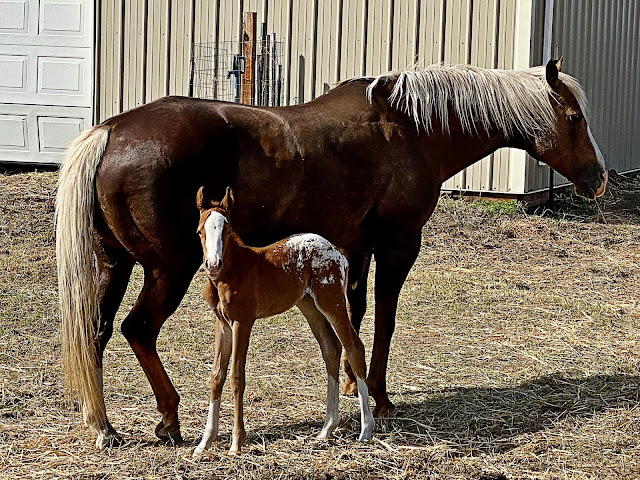 Epona and Cowgirl continue to do well, but we keep a close eye on them, as the first week of life is the most fragile for a foal. She is very inquisitive and will come to us whenever we are in their pen. Cowgirl talks to her and tells her it's okay to trust us. Believe me, I know how to speak Cowgirl's language, and if she doesn't want her baby doing something, you know! 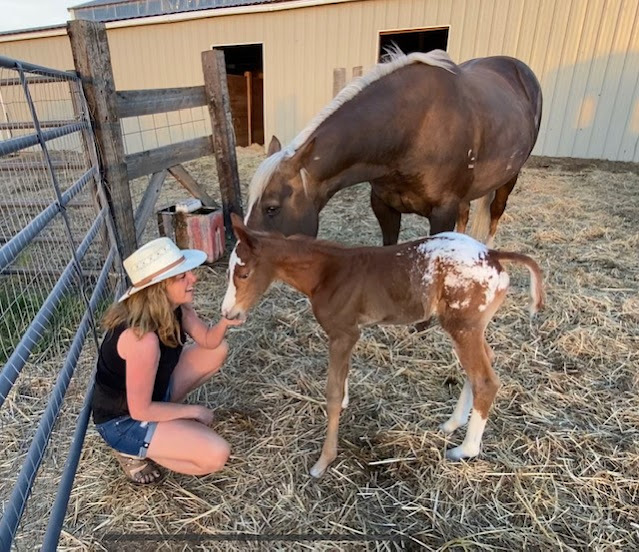 Sometimes I go out and let Epona smell my face, and Cowgirl will reach down and nuzzle my face, too. Those are the sweetest moments. Cowgirl trusts us. And, I try to live up to her trust.
We have stopped treating Epona's umbilicus because it is small, and it is dry, and she was being upset by the treatment. I've had friends tell me they've always used iodine on it, once, and then let them be, but the vet had us use chlorhexidine 3 times per day for 3 days. That was just too much.
We are in a heat wave, with temps projected in the 90's this week, so I'm watching her closely for hydration. Next week, they dip back to the 70's.  Cowgirl allows her to sleep wherever she wants to lie down, and that just happens to be out in the sunshine. 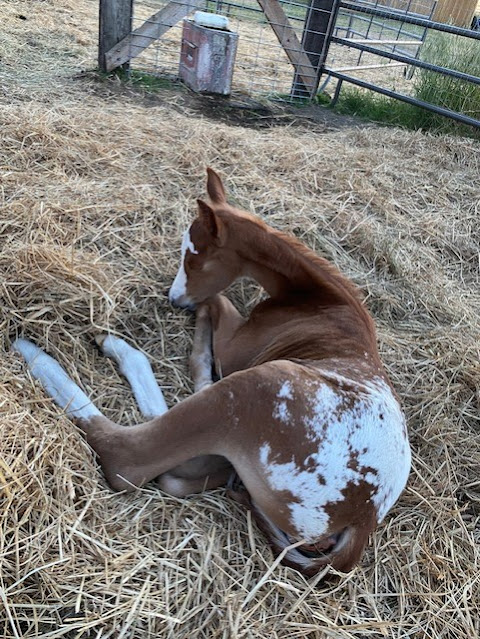 Though we weren't warned about a retained placenta, we were warned about a retained umbilical cord on the foal. If that had happened, they told us to clamp it and cut it, so that it wouldn't drag the ground and leach bacteria into the baby. I'm thankful that did not occur, and the umbilical snapped off as it should. It remained on Cowgirl, but I was able to tie it into knots and get it off the ground. Cowgirl wasn't pooping, as she had cleaned out before the birth, and I see that as another miracle, since the afterbirth and placenta were so exposed.
Because it's so hot, I have to work with Tumbleweed in the mornings, and as we did that today, I realized I don't think of him as the baby anymore.  That role has been usurped by Epona.  All this time, I've tried to make myself stop seeing him as a baby, and just like that, it happened. He's just my boy now. And honestly, that's a good thing! 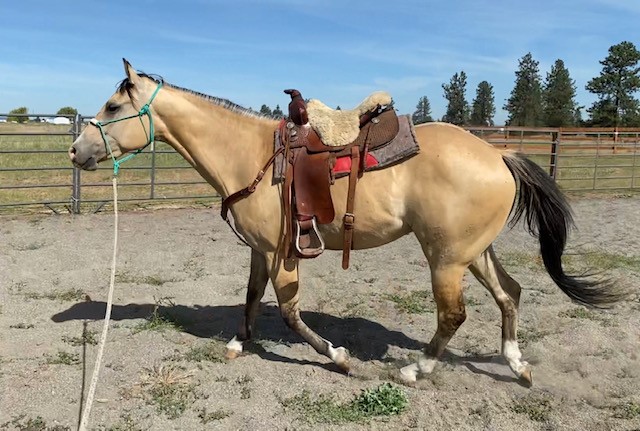 Because, we have grown-up things to do.
Posted by Linda at 12:01 PM