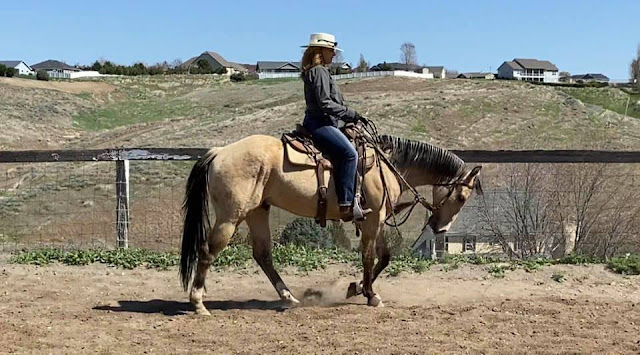 Some days seem as if they're from a storybook: once upon a time, a girl fell in love with a baby horse, ...and he grew up, learned to take care of the girl, and they rode off into the sunset, on a beautiful 65 degree day, where a red fox showed up and joined them, and her mother prepared a delightful tea... And the girl and the horse lived happily ever after. The end. 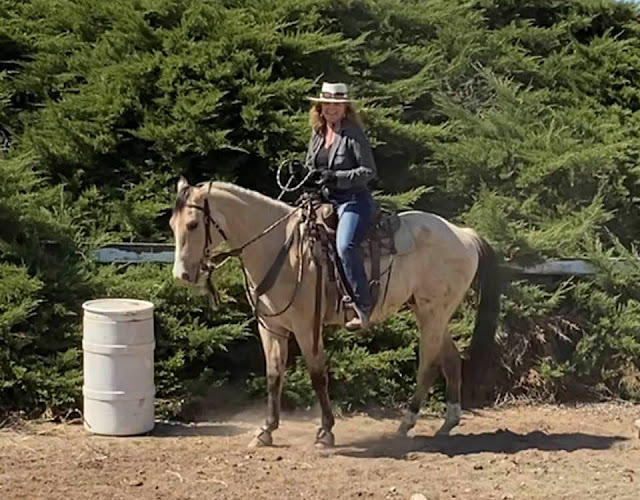 That pretty much sums up my trip to see Tumbleweed yesterday.  There were many changes in him: 1. He had grown in height, 2. He could walk and chew gum in saddle, 3. He bonded with his trainer, 4. He has settled into the work. 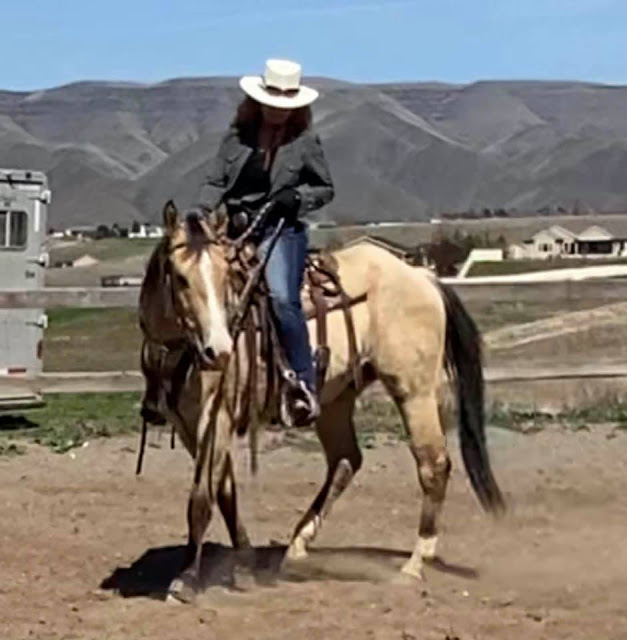 Last year, Mr T's front hadn't caught up with his back, therefore, in saddle, I was sloping down, which felt awkward. This year, his front end has caught up, and he seems as if he has been in a growth spurt down there. The trainer has had to feed him extra to keep his weight on. She even has to return him to his stall for grass feedings between his am and pm alfalfa. I had him on a supplement, but she has increased it by quite a bit. 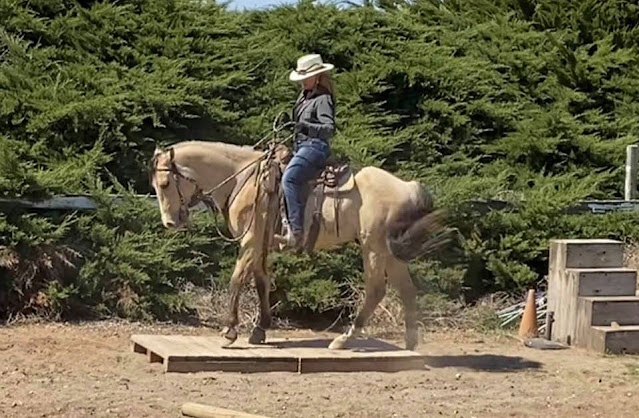 In retrospect, I should have taken him down heavier. Growth + exercise + nervousness = MASSIVE calorie burn. I told her to feed him whatever she thinks he needs to sustain him in training, and add it onto my bill. I'm also going to follow a new feeding plan, and supplements, she has recommended for when he is home. 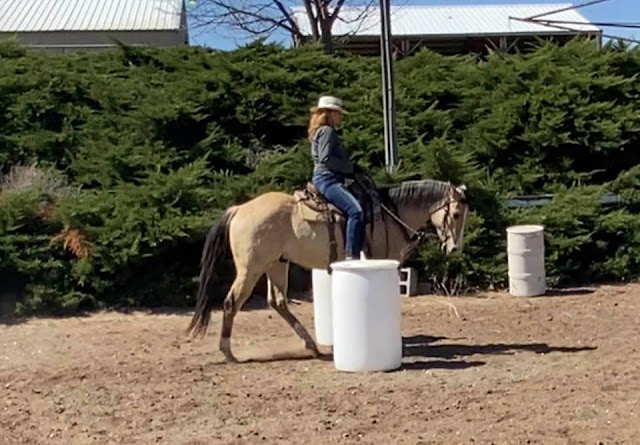 As for the second change, the ability to walk and chew gum, what I really mean is walk, support the weight of a rider, listen to leg, rein, verbal, and body cues, and navigate obstacles, without being overburdened with stimuli. That was a huge change from last year. He's still processing it, and it's still somewhat new, but you feel like you have a horse underneath you that gets it. He was very responsive to the lightest leg cue. 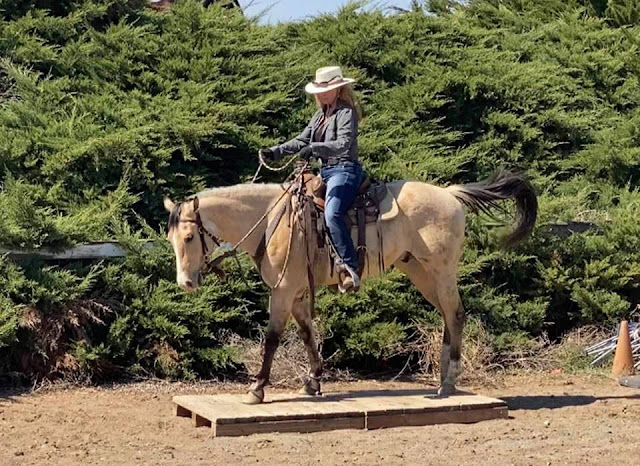 He is bonded to Sarah, the trainer, and I could see a tenderness and softness in his eyes toward her. But when we arrived, he had his head out of his window to see us, and when I walked into his stall, and out to his run, he left his food, and came to me there and placed his head in my hands. He was very sweet. He also wanted loving from my daughter, Shiloh. 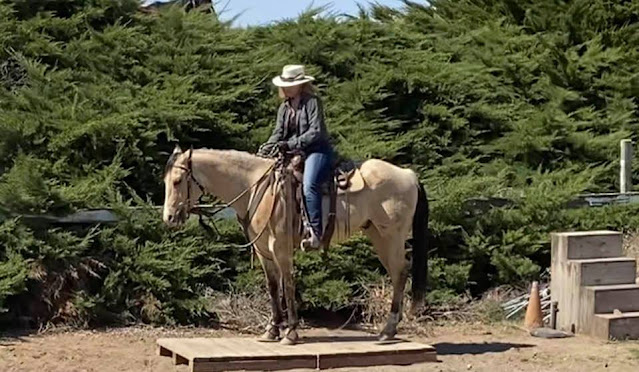 He has settled into his work now, and the foundation is rock solid, so the next month is going to be amazing for him. She has trail rides planned, and lots of riding out. He will be doing some ranch-style work.  At the same time, she wants to see him build up muscle along the topline, and learn to carry himself collected. There's a lot of muscle memory involved in that, which she is developing well.

Yesterday, was the first day I could not only see, but FEEL, the future with Tumbleweed.  I felt like our skill levels were coming closer to a perfect match. A month from now, it will be even more so.

I had a talk with Sarah, beforehand, about how I need to get comfortable with his trot before I can move to his lope. She agreed. So, I'll be making 3 more trips down for lessons before bringing him home.  Hopefully, I can become confident with him at all three gaits, and maybe even ride him out once with her.  We will see how it unfolds.