We had the big Reveal, and the baby bump photo shoot! Cowgirl is comparing bumps in the above photo.

Cowgirl says, start buying blue! It's a cowboy! (Although, if it had been a Cowgirl, she would also get blue!) 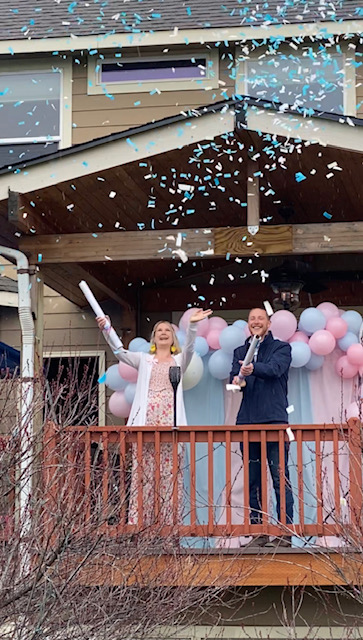 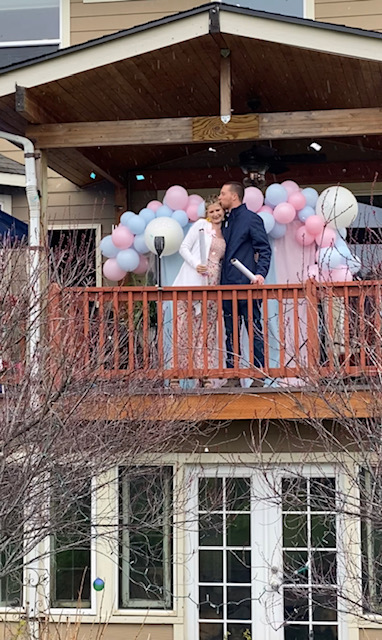 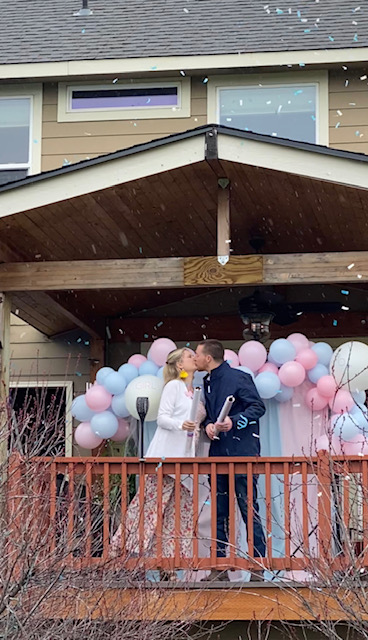 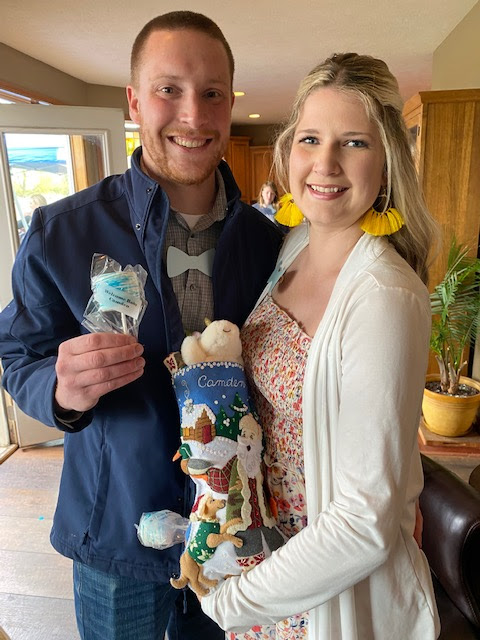 His daddy thought it was a boy, and had to take heat from Team Girl, but in the end he was right.

They had stockings made for their future girl and boy babies before they were even pregnant. I got both stocking and filled them with baby gifts. Camden won this round.

This will be our 15th grandchild! Woot! Woot! But the first addition from my kids. I have been a blessed grandma for almost nineteen years now, and all I can say is, bring them on! Our hearts are big enough, and have an infinite supply of love.

In other news, I brought my raven home. "Nevermore" now perches above my piano. 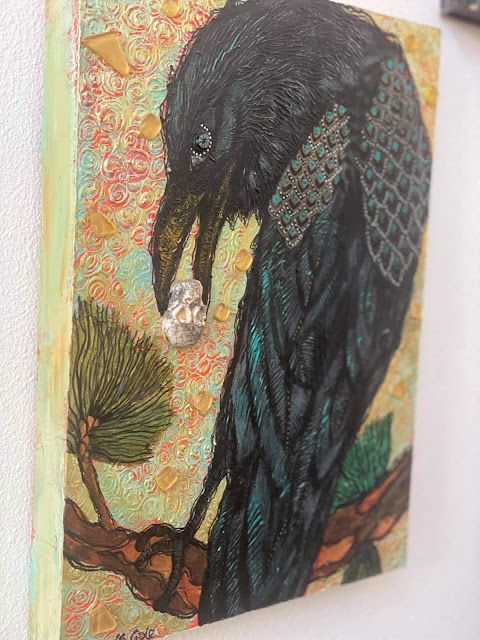 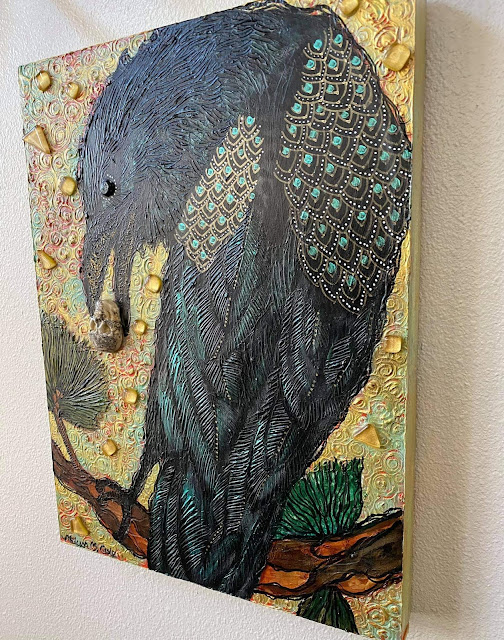 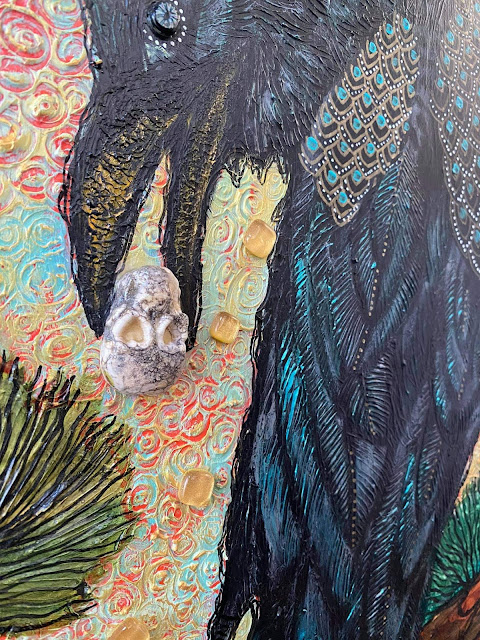 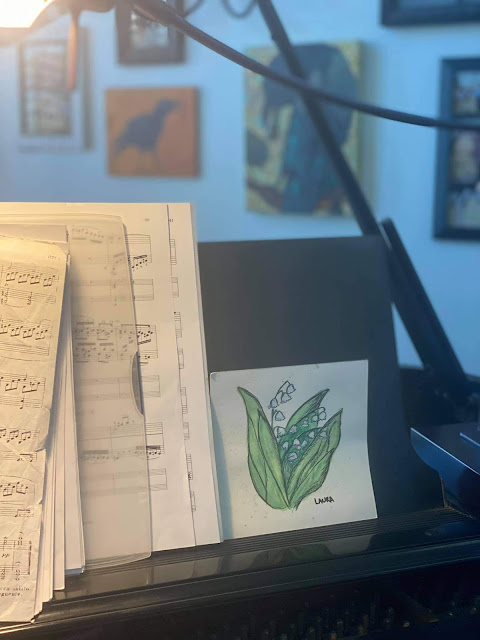 It brings me happiness, there with the other ravens, and horses and flowers, friends and family have made for me.

Tomorrow I'm off to see Tumbleweed again. We will be working on the lope. Apparently, he did a bad yesterday while my trainer was giving lessons. He went down to roll with her on him. She said it was like he forgot she was there, so she reminded him. I can only imagine his surprise!  She said she had been focused on making sure her student didn't get bucked off, so he took advantage.

And that's why we take them to trainers!

He did similar things with me on the ground, so I knew he had that card in his deck.  Funny coincidence, one of the stories about my horse, Cowboy, is when he did the exact same thing with a rider! Those two appear to have some similarities!