A Heart As Light As a Feather 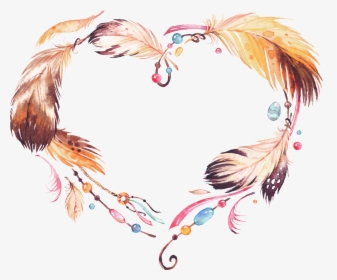 As I was walking last week, a virtual hike through the land of the pyramids, the guide told us a story about how the Egyptian pharaoh's hearts were weighed in the afterlife. If they were lighter (or as light) than a feather, they proceeded, but if they were heavier, they were devoured.

The ancient Egyptians believed that the heart recorded all of the good and bad deeds of a person’s life, and was needed for judgment in the afterlife. After a person died, the heart was weighed against the feather of Maat (goddess of truth and justice). The scales were watched by Anubis (the jackal-headed god of embalming) and the results recorded by Thoth (the ibis-headed god of writing). If a person had led a decent life, the heart balanced with the feather and the person was rendered worthy to live forever in paradise with Osiris. (Carnegie Museum of Natural History)

A heart as light as a feather. Hmmm, interesting concept.
Last night, I watched the 41 minute documentary, A Mind Like Still Water. You can rent it on Amazon. After it was done playing, Amazon suggested another movie for me, based upon a book also by Mark Rashid, Out of the Wild.  The two shows together were an interesting juxtaposition, and shed light on one another.
In the movie, Out of the Wild, the main character has a heavy heart. He carries around guilt for a tragedy that occurred earlier in his life. The female main character is watching him struggle to get a horse to interact with him, and she says, "You have a bad heart."  In fact, she says it a few times, which made me wonder if she was saying he was about to have a heart attack. But no, she meant "bad", as in heavy or burdened.  He was actually a good man, with a hurting heart.
A Mind Like Still Water.  A heart as light as a feather.
*****
These concepts are not easy, especially for anyone who spends a lot of time in their own head. 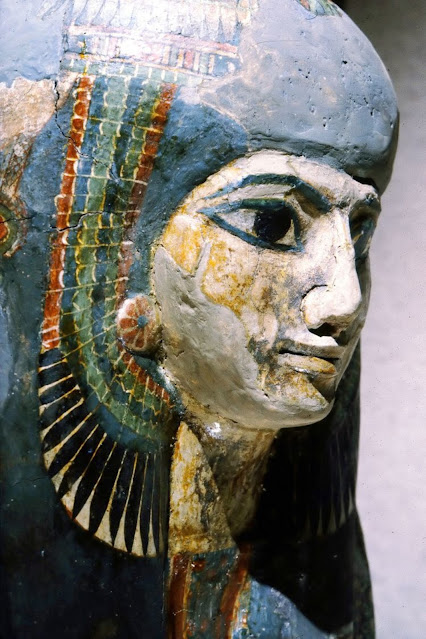 We worry a lot about "training" our horses and ourselves. Just think of all the books we've read, clinics we've attended, and movies we've watched.
But what do we do to try and make our hearts lighter before we interact with our horses?
Our horses have enough to worry about in their own lives--getting enough food to survive the cold, enough shelter to survive heat, reading the body language of their herd mates so as not to get kicked or killed, everyday aches and pains, and trying to understand what their human handlers want.
Why would we bring our burdens anywhere near them? They deserve better.
They deserve lightness, and stillness, and a partner who is grounded in the present moment.
****
I'm reminded of another book, CS Lewis', The Screwtape Letters.
The humans live in time but (God) destines them to eternity. He therefore, I believe, wants them to attend chiefly to two things, to eternity itself, and to that point of time which they call the Present. For the Present is the point at which time touches eternity. Of the present moment, and of it only, humans have an experience analogous to the experience which (God) has of reality as a whole; in it alone freedom and actuality are offered them.
So, in some ways, our horses are playing the role of God by teaching us to live in the present. That's a gift, isn't it? If the present is the point at which time touches eternity, our horses really are a slice of heaven on earth. Our time with them is like eternal time. 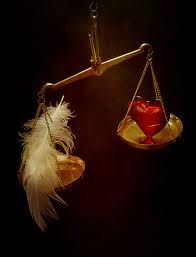 I have some ideas about how to become grounded and present before touching my horses. This journey toward lightness, however, is unique to each of us.
When they say our horses are mirrors, I think that's true, but they are also the weighers of our life's scales. 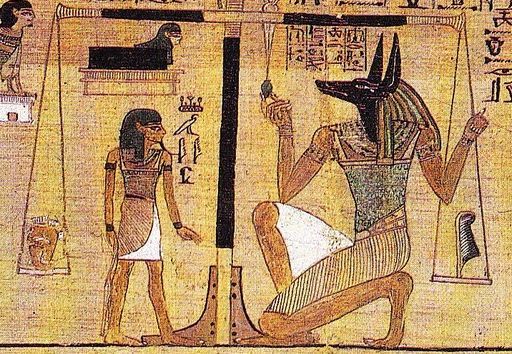 On one side of the scale is a feather.
On the other side, our hearts.
Posted by Linda at 8:10 AM