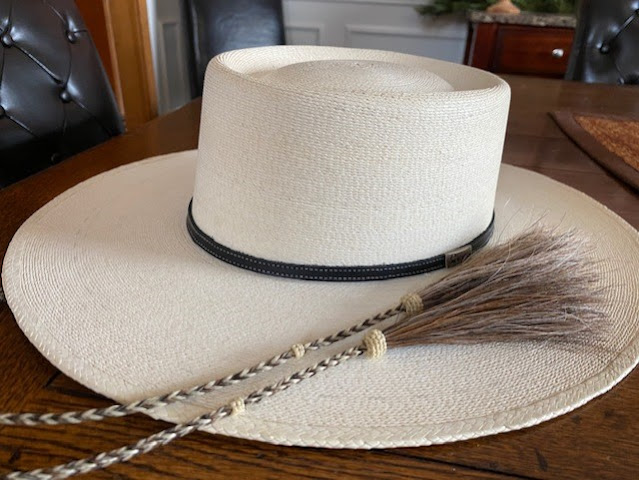 I received my Atwood hat a few days ago.
It has a 4" brim and a 4" crown, so it's not easy to take a selfie.  Instead, here are some of their promotional photos. I think the one below is the Nevada with a different hat band. You can buy them with different sized brims. 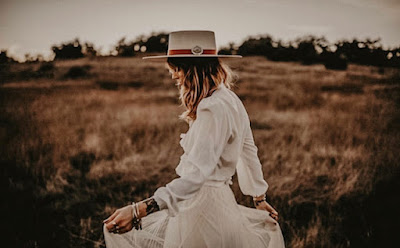 They are a versatile, functional piece of equipment. Not that I need it now, when we haven't seen the sun for three days, but I have faith that I'll need it soon enough. My hope is that it keeps the sun off my entire face and neck during those hot summer rides.
When I say "versatile," I mean that you can form a palm leaf hat into almost any shape. They're amazing!
Here's a video of a cowgirl shaping a hat after dunking it into the water trough, but there are many videos on this subject. This will also take care of any sizing issues you might have, if the hat feels a little tight.
The woman in Scottsdale measured me at a 7 3/8, but I had a nagging doubt that instead I was 7 1/4--judging by the feel of the 7 1/2 on my head. I went with her measurement because she was dead certain when I pushed her on it.  Unfortunately, I was right. (I hate being right.) But it's very close, and I'm not going through the hassle of sending it back.
Instead, I bought these: 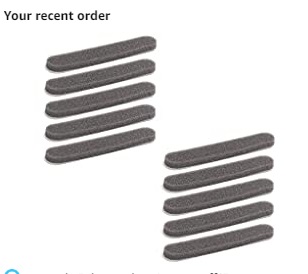 They fit underneath the band. It's a bit disappointing since a palm leaf hat can be expanded a size by just wetting and wearing it, but it can't be brought down a size.  I'd recommend erring on the smaller, not larger side. 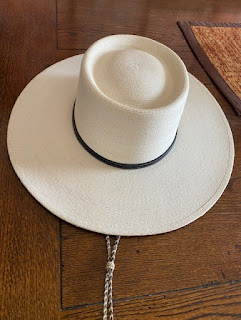 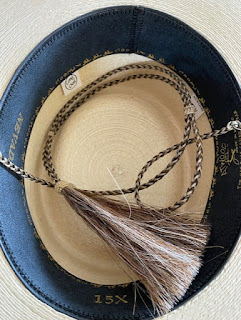 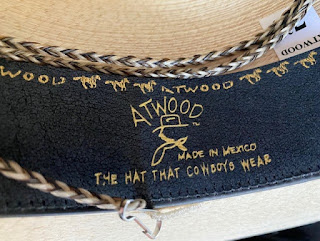 I'm not sure if you can see it, but the hat has loops to hook on a detachable stampede strap. I'm not sure if the Atwood came like that or if Buckaroo leather added them. It's kind of cool. On days that aren't windy, you might not want to sport the strap. On the other hand, if you're on a ride and the wind picks up, you'd be out of luck if you left it behind. I also question the sturdiness, compared to bringing it up and around the entire hat. 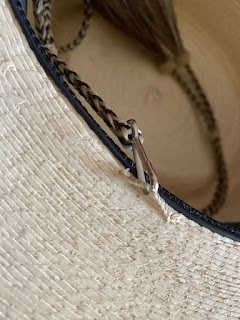 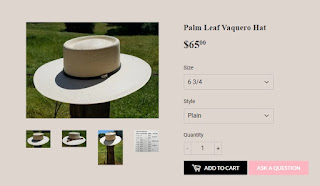 It's a cool hat to look at as it hangs on my hat wall. I might do a little shaping of it--and I have a horse hair hat band that I will probably add to it off another.
Speaking of hats, or my hat obsession--one of my all time favorites is the one I wore in my photo session with Cowboy. Last year it flew into the water during one of our boat trips--which is the horror of all horrors for a straw hat. (That's the difference between straw and palm.)
Every few weeks since then, I searched it to see if anyone posted another for sale. (It's 4 years old) Search terms: Urban Outfitters. Straw hat. Leather band.

As you can see, I found it for $15 and free shipping on another used clothing site called Mercari.  It hasn't arrived yet.
I do most of my shopping online nowadays and either receive the orders at home or for pick up. Since I'm shopping online anyway, it doesn't really matter from which store I purchase--whichever has exactly what I want at the best price.
So, for years I've been using Aromatherapy lotion from Bath and Body Works--specifically, "COMFORT."  Last year I stocked up during their big holiday sale--purchasing about 10 bottles for $4.95 each.  It seemed to last forever....until it was all gone.  So, onto their website I went...but no Comfort. I waited and waited and waited.  Finally, I lost patience and went to their store in the mall, where there was long line that split, and then continued on the other side of the mall, due to their limited capacity numbers.
I wasn't going to stand in the line, so I approached the young associate directing it. I asked her if they had discontinued Comfort--and she said, Oh yeah, I know what you're talking about. My mom wears it. My ears heard her saying,--thus the reason it should be discontinued. But she said no such thing. She asked the manager who gave me the answer I already knew. It was discontinued.
Ahhhhh!!!  You know how I feel about change.  I don't do it.
Off to Amazon!  Ebay! Gotta buy every last bottle left of COMFORT!!
I found three. One was on Amazon.  Two were on eBay.  Oh, did I mention they also have to be in the GLASS containers? The plastic one just don't smell the same to me.
Well, anyway, they arrived. 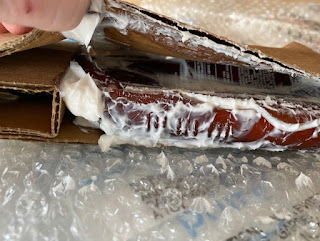 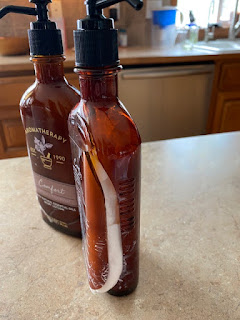 Two separate shippers--same problem.  I have no doubt it was caused from freezing in transit.  Lesson learned: don't purchase lotion in glass bottles during a national arctic freeze.
In other news, I broke my treadmill. It was old--I'm guessing 12 years old. ProForm. We're not sure what we're going to do--fix it or replace it. At any rate, by the time we do either the temps should be warming and I'll be outside anyway. This seems to be the universe's way to tell me to get my behind outside, even during the gray, foggy, cold, snow, ice days--like today.
Currently, I have way too much time on my hands to shop online. Blog about all my shopping. Obsess about teeth, steps, life and death, NDE's, and a million other things.
Spring, you can come anytime now!
Posted by Linda at 8:00 AM