You might remember a few years back when my daughter told me I could breed her horse Cowgirl--a palomino foundation QH, for a baby.  I had found a stud, and was all set to go, but in the end, I just didn't feel right about breeding her horse, considering all the things that can go wrong.  Then, Shirley's mare, Rosalee, foaled Tumbleweed--from Beamer--and the rest is history. 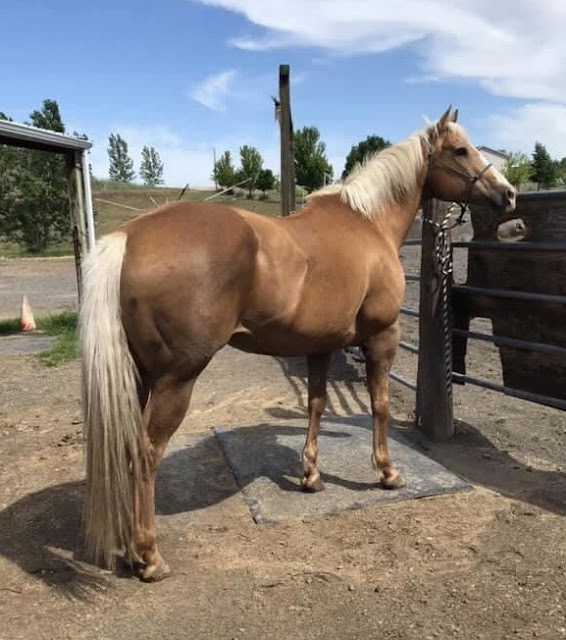 Well, fast forward two years, and we took Tumbleweed and Cowgirl down to the trainer for tune up and starting. And, while there, Cowgirl was doing a lot of  calling out to our trainer's stallion. He was sired by her former TB stallion who passed away in his late 20's.  The former stallion, Brilliant Knight, had sired quite a few foals, and one of them wasborn to an appy mare, and they named him Mr. Tom Horn.  She acquired his Mr. Tom Horn, raised and trained him for ranch riding, roping, and barrel racing, and started breeding him two years ago. 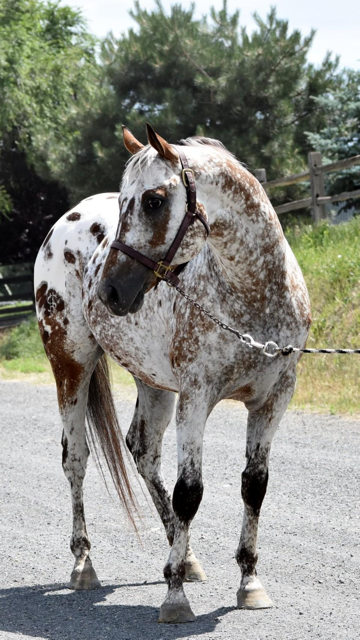 My daughter hadn't been thinking of appy's, but it is fitting, since she was born at the edge of the Palouse, in appaloosa country. In fact, my second horse was a leopard appy way back in the early 80's.  Not as pretty as Mr. Tom Horn, that's for sure, but flashy.

Mr. Tom Horn has a good mind, solid bone, strong feet--all things my daughter wants.  And, if all goes well, their foal will arrive in late May, early June.

It wasn't an easy breeding.  Cowgirl kept kicking out at him, yet was also acting like she was in heat.  They took her to the vet for an ultrasound, and she had a cyst.  The vet gave her a shot, and she was in full heat within two days.  It was live cover.  I think she has bred the two of them everyday she has been in heat, but that has been between Sarah, the trainer, and my daughter.

Cowgirl did have a sibling that was an appy.  Here's a photo of him: 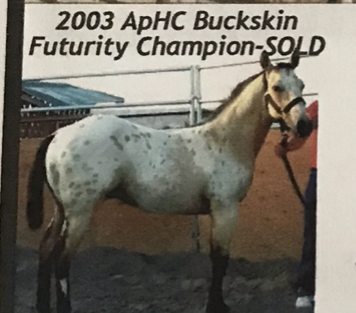 Cowgirl's father was a buckskin QH. Here was their old ad for him. 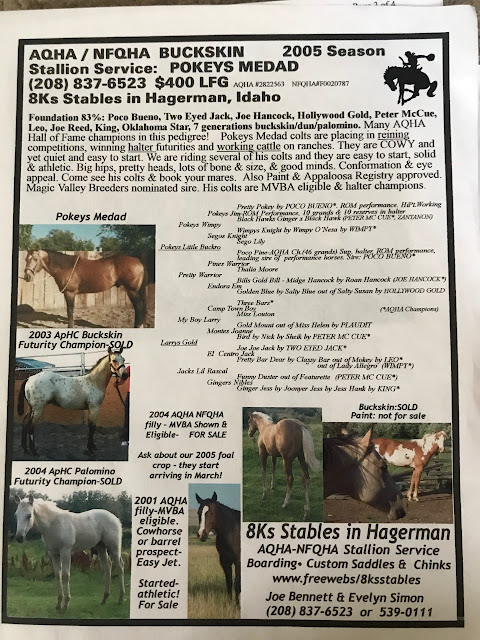 It'll be an adventure for my daughter, who just completed college, and was ready for a new, and more horsey, challenge.  I'll be standing back and watching from a safe distance, helping her when she asks. It's her baby.

But it will be good for me, because I was keeping T'weed in the baby mode--like the last child of a family--and now that there will be a new baby in town--if all goes well--he can grow up and be an adult now.

Speaking of which, one more week until he comes home!!  We may pick up Cowgirl this week, which means I'll be able to visit him again.