All About the Wait 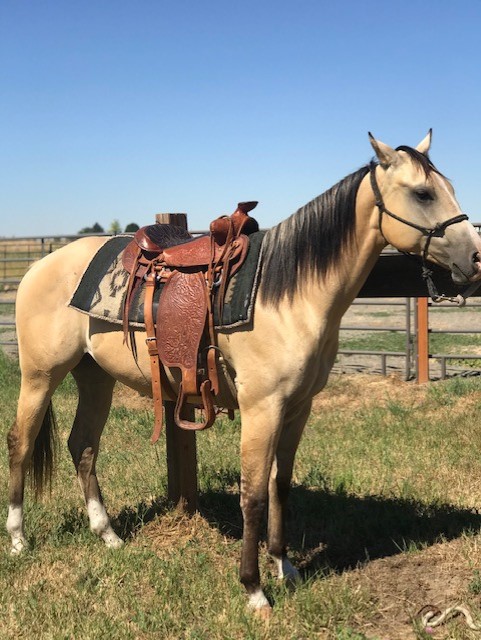 The more we work, the easier things get. After the first bucky day back, Tumbleweed has settled. It's extremely hot outside mid-day, so we have to get our work done in the early morning.  If he has had time to eat, he's great.  If he's still a little hungry, he is preoccupied with getting back to grazing.

We are working on everything: standing tied while I spray him with fly spray, use the clippers, saddle and unsaddle. He does all of it fine, now that he had the training, but he still flinches.  Until he learns to accept it without flinching, I have daily work to do.

Which brings me to what I've been learning to do better since starting the Masterson Method--WAIT for the RELEASE.

There are two reactions from our horses--relaxation/acceptance and bracing/flight. I used two words for each, but they are really the same thing. When I spray Tweed or throw a blanket on his back, he is fighting the instinctive reaction to brace himself for flight--to pull and fight himself away from a threat.  When he knows he's okay, and he's ready to accept being sprayed or having a blanket thrown on him, he is engaged and relaxed, and ready.

But when are they truly relaxed?

That is the key to the Masterson Method--waiting for the signs: licking, yawning, chewing, shifting weight, relaxed eyes.  And it comes...if you wait...and wait...and wait.

Sometimes, it's difficult to know if they're giving you relaxation or evasion.  Tweed is good at evasion--something I knew before he left, and something the trainer picked up pretty quick.  He will try not to see what he's scared of by looking the other way and tuning it out.  So, you might see some signs of relaxation, but it is really him just avoiding and thinking about something else.  I am becoming better at discerning between the two. Here is an 18 second clip showing him accept the fly spray.


I don't know if this seems overly meticulous to all of you, or spot on.  Years ago, I probably would have said overly meticulous, but then I discovered there is no short cut to true acceptance / partnership / unity.  I learned that the extra time you spend waiting at each step, builds a more solid foundation for the next.  When I've failed to wait for these things, I've sometimes gotten into trouble. I'm basically an impatient person, and prefer to power through everything. Sometimes, that works--or, I should say, I get away with it. And then, sometimes I don't, and barely live to tell about it.

I took the saddle I was trying out to my saddle guy yesterday, and he said it's solid, but the latigo is original--aged and thin--and he's going to replace that and a couple of other things to make sure nothing snaps off.  It's a little squeaky, so I'm going to powder it and hope to get rid of that.  I had to buy a new blanket (ended up getting one just as large as the others.  It said it was 30", but is really 32" and too long for him right now, but I like the color and will save it for later), and a new smart cinch for it.  It should be ready to go in a couple of days.  For now, he's packing the kids english saddle. 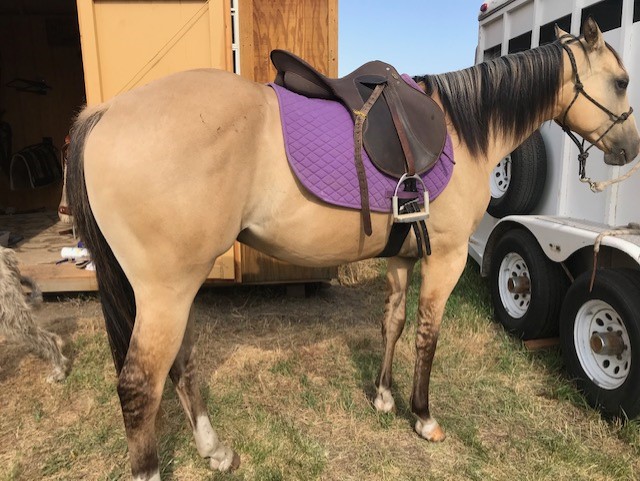 So many blankets, but so few that fit.  Isn't that always the problem?  I need to take some of these off for consignment. 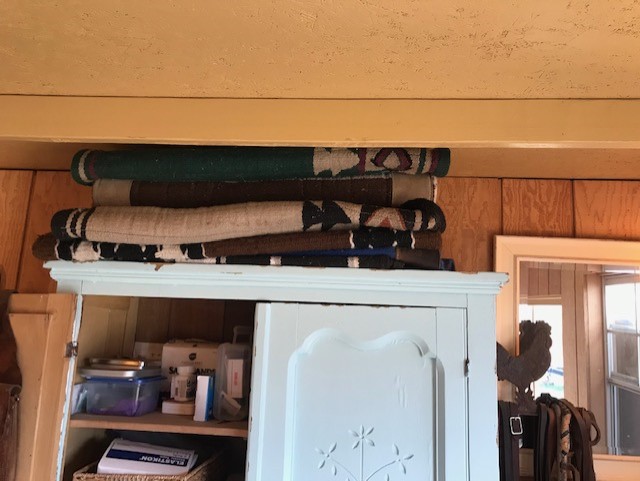 Here's his new blanket--too long--but I love the color.  I'm going to keep it. 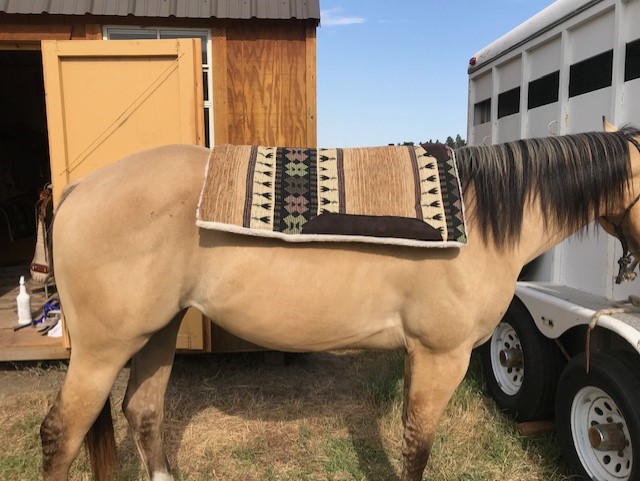 And here's the blanket that came with the saddle I'm buying--not as nice or pretty-but it fit better.  Grrr. 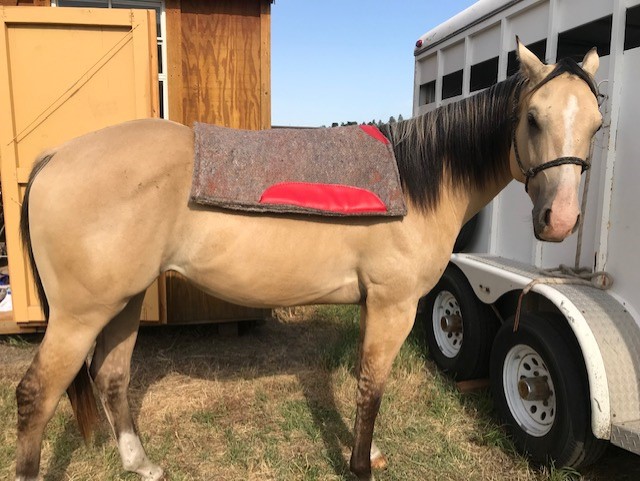 This week, besides working to get Tumbleweed going and me in the saddle with him, we are redoing the arena to prepare for it.  My husband just left to get all the materials for two new bridges: one, the squishy bridge mounted on tires, and two, a much longer, wider bridge on the ground.  It will three times as long as the last one.  These will be sturdier and will be made of treated wood.
Posted by Linda at 12:23 PM