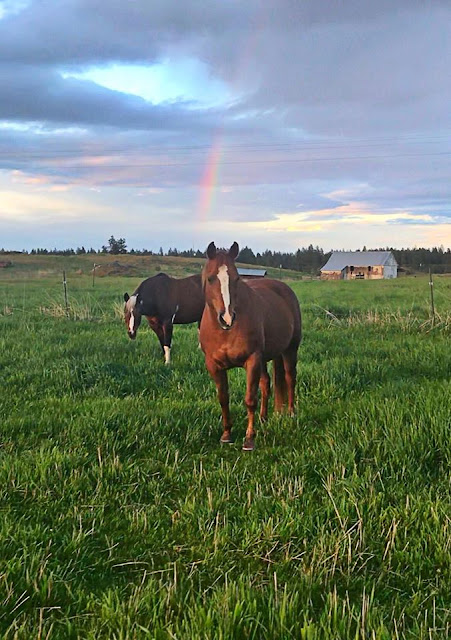 Even now, I know
I'll look back and wonder
why it was so hard
to let go.
Time will blunt
emotion, stunt
the onslaught of memory,
the true knowing
of what was lost,
now, so fresh,
but soon distant,
as gone becomes gone,
and life,
unable to stop,
moves on. 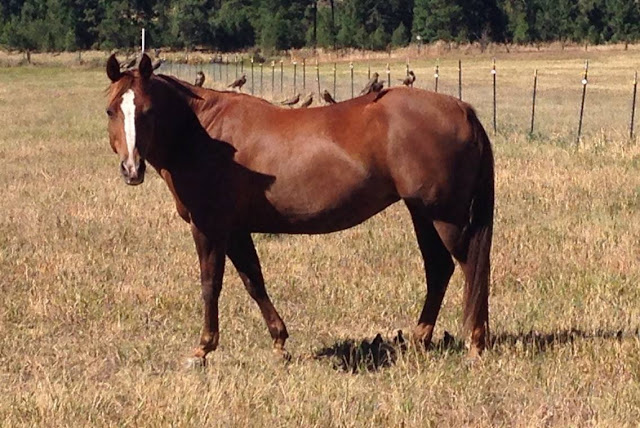 We lost a good one last week. Miss Penny.

It was a roller coaster, with many ups and downs, and times I thought we were in the clear, but eventually, the trajectory was only down. Her quality of life diminished, the hope for a positive outcome disappeared, and the choice was very clear.

There were many tears for this girl. It was a tough loss, much harder than I imagined. Just when you think you've grown so used to losing your beloved friends, tough as nails inside, purely intellectual with older age--celebrate the good times, remember them at their best, etc.--you find you never get used to it, and you're every bit as fragile at 52 as were you at 8. 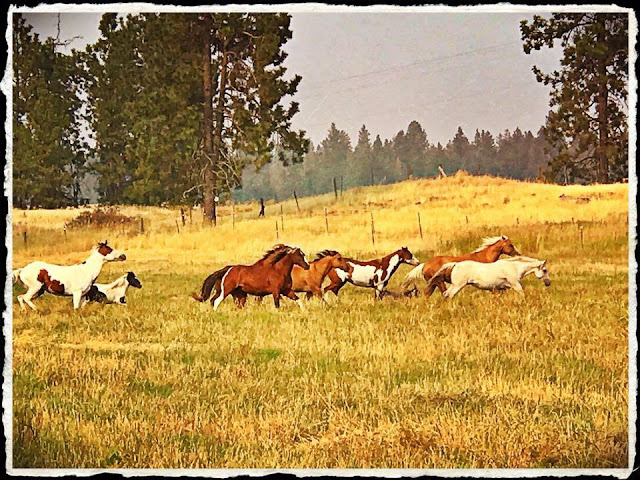 The lasting sting of salt,
zero point three milligrams
per tear,
yet, still they drop,
tapped into an ocean
where I swim,
like a child,
through the salty grief
of letting go. 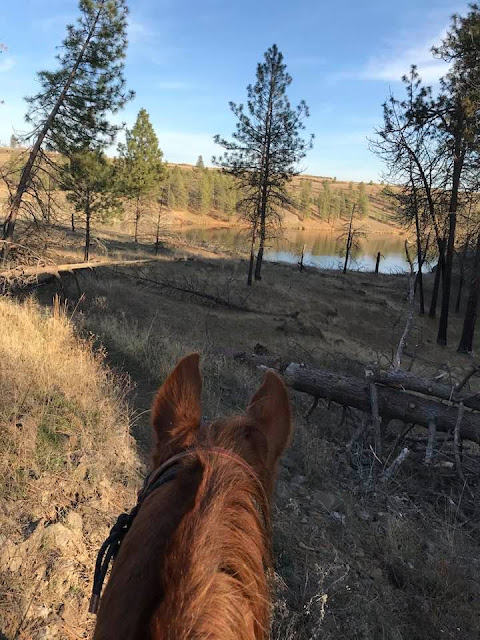 The picture above is from a trail ride we were on about five days before she went down. But we had been on a trail ride the day before, too.

It was a shock that the next day she could be in such bad shape.

She has left a gaping hole since she was the hardest working member of our herd. The grandkids, kids, husband, friends, nieces and nephews--ALL, rode her. And, she had a reputation that preceded my ownership. A huge fan club of people also affected by her death. We had bought her as a 19 year old and had her six years, but she had been my friend's daughter's horse before that--and all her/our friends rode her at one time or another and LOVED her.

Someday, I do hope to have another horse like her. Most likely a younger version that can be there with Tumbleweed. The kind that you can trust 100% and will do absolutely anything for you. But man are they RARE! I love my Cowboy, as you know, but he is anything BUT a horse who does absolutely anything. I'm not at all ready for that special horse yet, but someday--I will be looking, and she (and Red) will be my standard. (What is it with sorrels?)

I'm happy to think that Tumbleweed had so much time with Penny and that she was one of his mamas. They tried to get to each other until the very end, but on the last day, the top mares would not let them get close. I'm sure it was for his safety. A dying horse might shed disease--salmonella--who knows what--so instinct has taught them to preserve the herd.

And that's when I knew, in my heart, it was over. The herd let me know.

Murphy's Law, I received more bad news. My longtime farrier, the one who saved Cowboy 13 years ago, is also very sick and forced to retire immediately. What a blow. He was a two time world champion Pro farrier. He even had his own magazine. He also has a huge community of farriers he has taught and who apprenticed with him--one of which has been helping him here since the first days with Cowboy, and then on and off throughout the years, and more lately as he geared up for retirement.

But there is NO REPLACING Scott. If my horses had so much as a hiccup, he'd be to my house in a flash and assess them--for FREE--then tell me what I should do. If he said he'd be here at 9, he'd show up at 8:30. He's been a friend, too. There just aren't farriers left like him in the world.

It's a closing of an era.

Cowboy is on borrowed time and he, and half of our herd, are in their 20's.

I guess it's time to start looking harder toward the future.

For now, we have to get through this season of loss.
Posted by Linda at 2:05 PM