The title of today's post could either have been Everybody Wants You, Not the Mama, or She's Just Another Bossy Mare.

It's so hot, there's just not a lot going on besides a little work with Tumbleweed and watching the horses graze a lot. The windows of our house look out at the pasture, so we see their every move and, from what I can see, it seems all the mares want to be T'weed's mommy. One hour he'll be with one, then another, then another, and he's always trying to sneak away from them to guess who. Yes, Foxy. 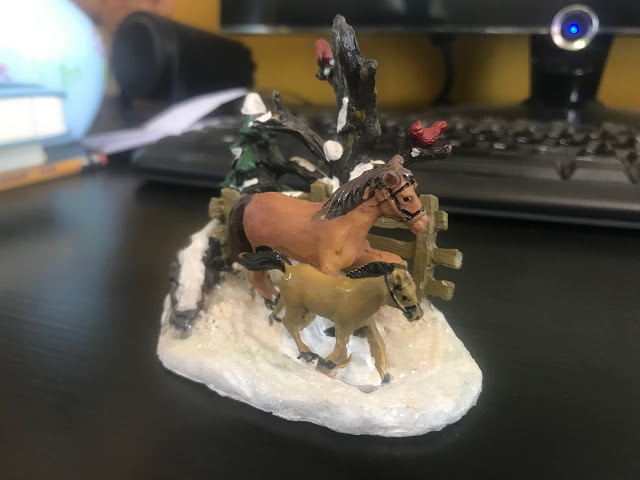 ( Photo above: A little gift my friend got for me. Foxy and Tumbleweed, for sure.)

When he sees me coming, he'll walk out to me as quick as he can, and he's happy to go off to be groomed and worked. But sometimes he gets this look in his eye, like he's thinking, "She's just another bossy mare. I'm not sure I like playing with her." I say that in jest, but I do need to make sure that is not what I become and that I allow him to retain his sense of fun and curiosity.

I said in another post, he's a mellow dude, and he really is.  I had to make him move out in the above video.  Oh, and I dropped his lead rope once and that got him to running around.  But for the most part, he is not a runner and bucker anymore.  It seems like the mares are making him be a boring old gelding.  They don't like him to get too excited...and he doesn't.

All of that mare bossiness will probably make him a great trail horse, which is what I want, so I won't complain...too much. 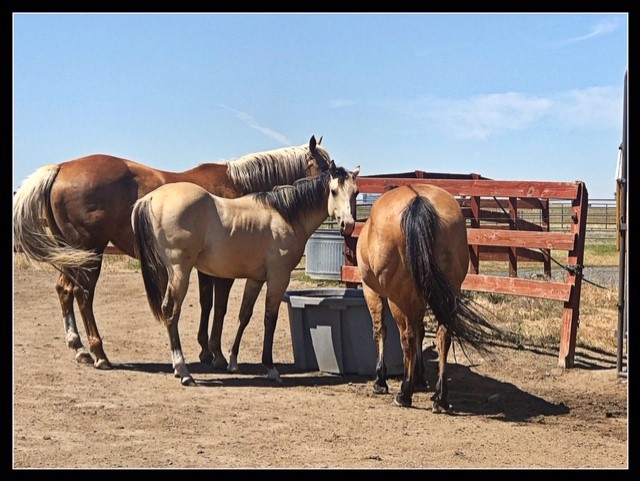 Oh, the life of a yearling baby when everybody wants you.  Pretty tough, huh Tweed?
Posted by Linda at 1:32 PM