Tumbleweed is Growing up to be Quite the Looker

Tumbleweed is maturing into the most beautiful horse. 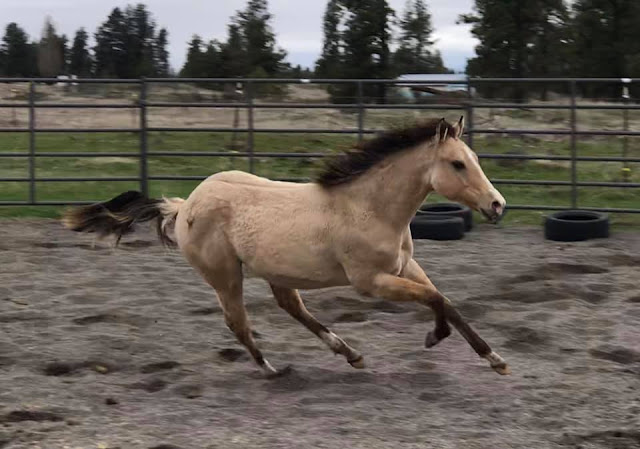 He is eager for the world and adventure--so much so, he has a hard time containing himself. 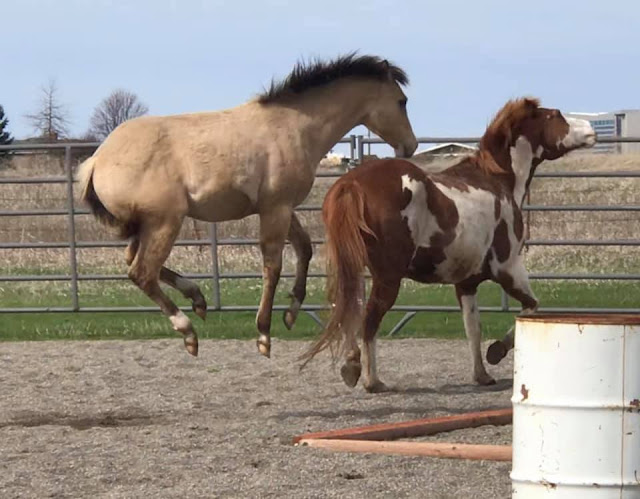 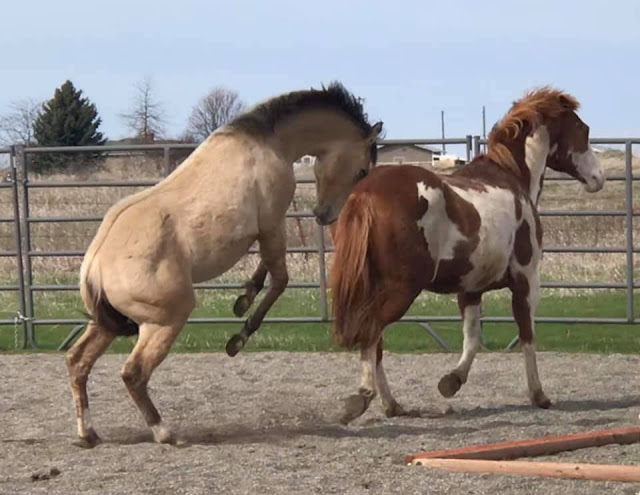 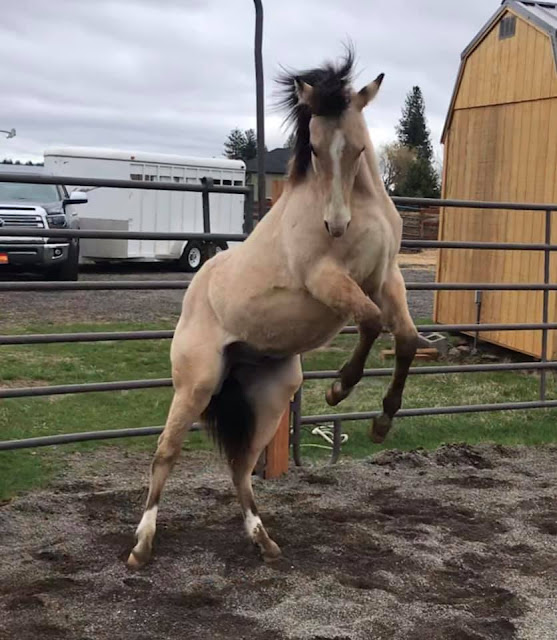 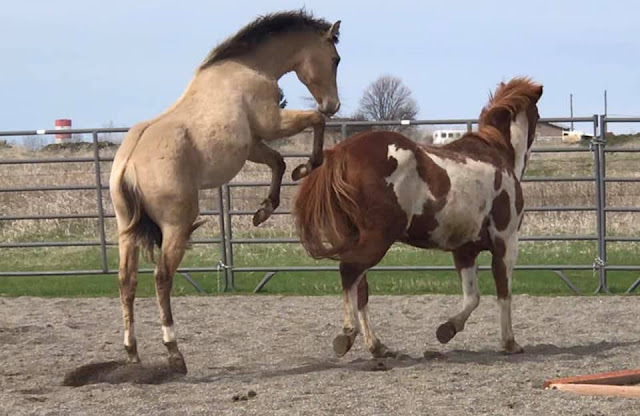 Did I mention he can fly? 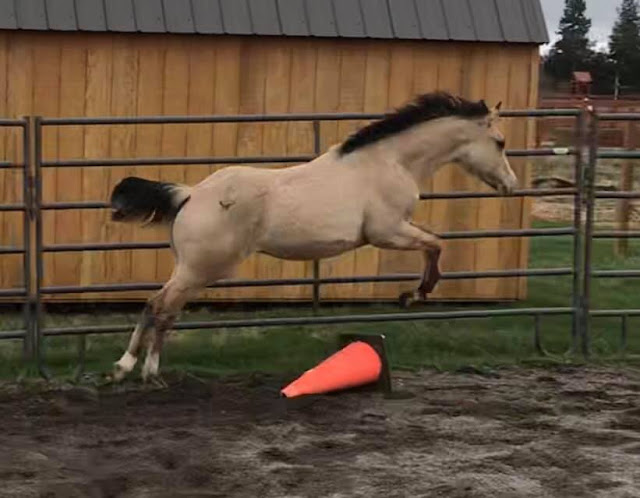 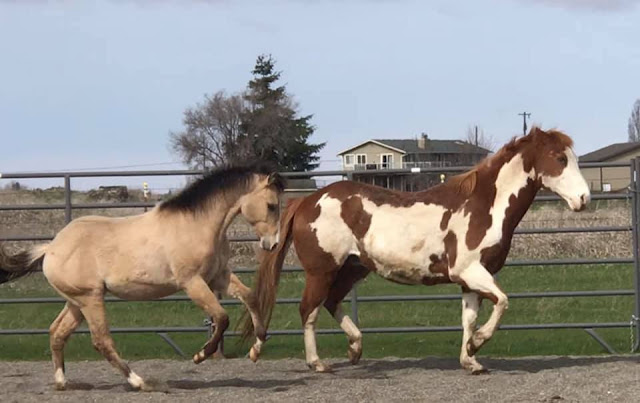 He loves to herd Cowboy around, and start trouble. 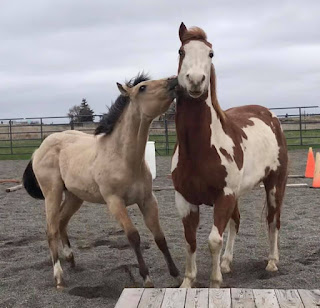 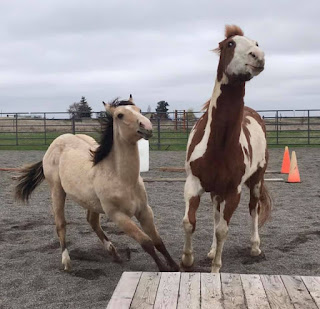 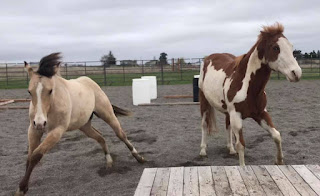 Cowboy does, actually, love him.  If I take Tumbleweed away, Cowboy follows.  They whinny for each other.  They mutual groom and gelding play.  In fact, all the horses love him.  I thought one of them would "put him in his place"-because that's what I've always seen happen, but in his case, they seem to enjoy him and they put up with a lot.

He loves them all.  As I've said, he's a horse's horse--if I haul one away, he'll whinny and whinny.  He pays attention to their every move and need.  You can see that he would have made an excellent stallion and leader.  He has a confidence and a heart for his herd. They all have a heart, and an eye, for him.

He never ceases to amaze me, and crack us all up!  But he's maturing.  When I walk him from stall to turnout you can see that he wants to explode into the old monster on a rope, but he seems to have a conversation with himself, and tries to hold it, contain his energy, until he's released.  That's all I can ask.

I wormed him with Zimecterin Gold last week, then read some scary reviews about the product.  I had a hard time sleeping that night.  But he was just fine.  No reactions at all.  Have any of you experienced side effects from that particular wormer?

He still isn't gelded, but we have several, separate pastures so that I can keep him away from the mares until he is.  They are divided by a fence, but it's easy for him to interact with them over it--without getting over it.

I've been able to haul horses with the new truck. 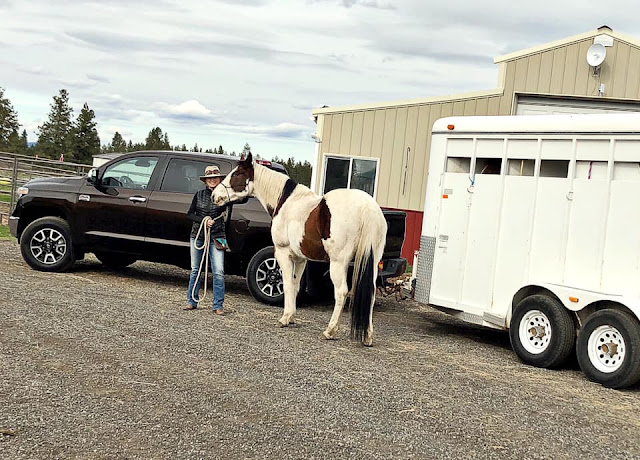 It pulls my trailer and horses great.  I've used it about three times to haul. 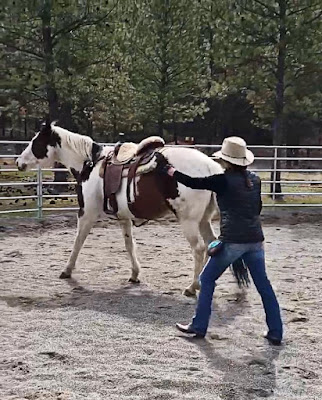 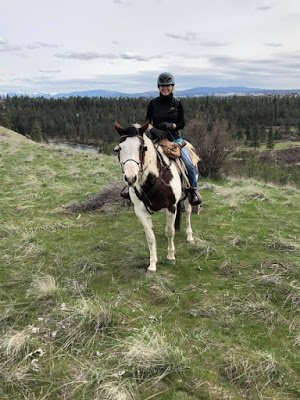 Birthday ride with husband on my birthday.  I seem to dress identical in both--and the weather looks identical, too. 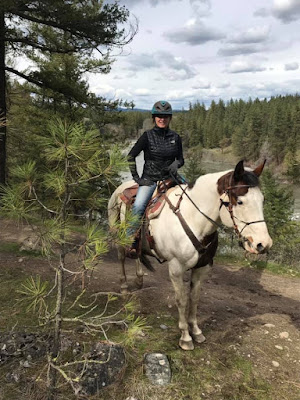 I'm heading out for another trail ride today.

Hope you're all having fun with your herds!
Posted by Linda at 9:03 AM