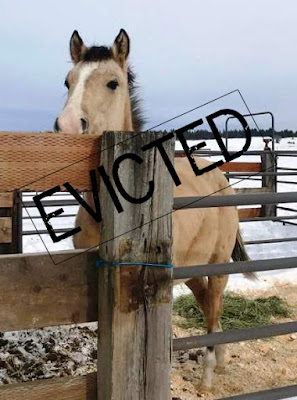 The day came where I needed to separate Tumbleweed from surrogate mama, Foxy.  I had noticed he was acting really studdy with her--biting, herding, even trying to mount her.  Foxy, of course, was golden, and she would take it as far as she could without actually letting him mount.  But I started to get worried that one day she might need to give him a good kick and it wouldn't go so well for T'weed--or she'd take too much of it and get hurt herself...or pregnant.

My vet suggested I geld Tumbleweed in March, and it is coming right up, but to be safe, and to introduce him to the rest of the herd, and give Golden Girl Foxy a break--I moved  them to the other side of the barn where their runs still adjoin, but they also communicate with the turnout horses.

Maybe I'm projecting, but Foxy seemed to look relieved.  Her eyes softened up and she kept nuzzling me like, thank you, thank you!  I imagine this is how real mamas feel when it's time to wean their babies.  I love them, but enough is enough! 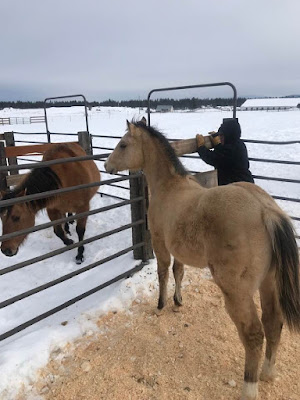 We had to make some modifications to his stall--increasing the height of the separators, just in case he decides he wants to jump in with mama.  And, believe me, he was thinking about it. 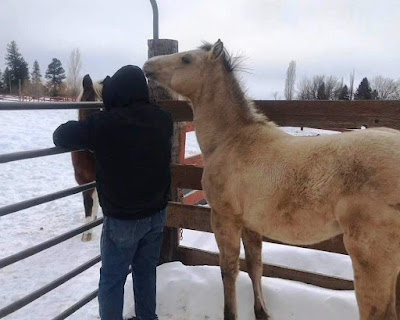 But then he sees the mares fighting, and runs away. 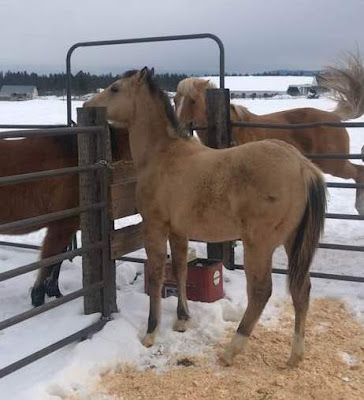 It won't be long until they're on spring pasture, so getting to know the rest of the herd serves many good purposes right now.  It's the natural progression of things.  Boy is old enough to fend for himself. 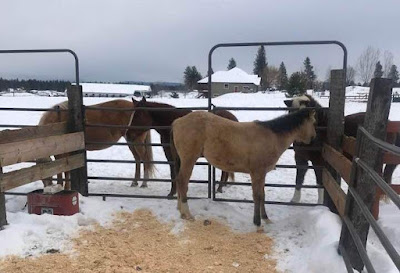