What a Difference a Week Makes

After I realized Leah's refusal to go forward was a behavioral, rather than a pain, decision, I decided to address it calmly, but firmly on Monday morning.

My response was simple: when Leah would try to stop with her head held high, I'd anticipate it, catch it before it happened, turn her into a circle, and ask her to yield her hindquarters, then return to the line we were walking. I had to do it about ten times, but soon I was able to move on to picking an imaginary line where I wanted her head to be carried, and if she raised it above that line, I'd circle her again.  We also practiced stopping, with her head in a lower position--and backing.  She responded to that intervention very fast, and we soon had our partnership back.

That night, I went back out to see if she'd partner with me even when the mare herd was grazing outside of the arena.

The true test, of course, was the trail, and we did that yesterday. 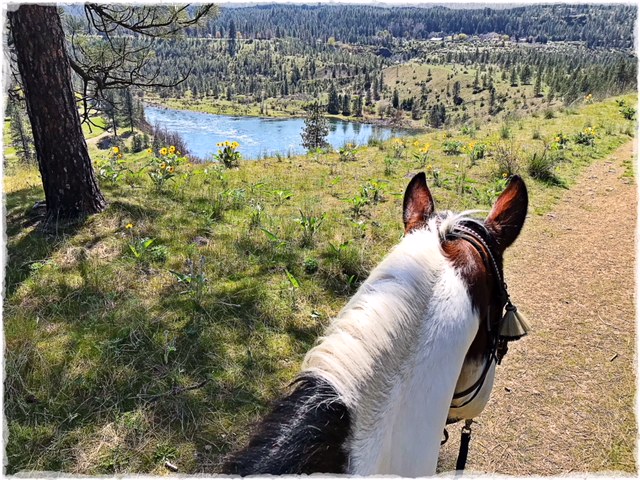 Leah did great!  I give her a 90%!  (Less than 100% because she did have a couple of refusals on trails she knew were steep and difficult.  She was like, I'd rather not.)

The trail to this view was one of those trails, but boy was it pretty on top.  We stopped and let them graze as a reward.  In fact, my friend's horse is very green and had a bad experience at the park last week, so we really wanted it to be positive for him.  I thought it would really help him to pause a lot on the trail and let them graze until  he would relax--then expose him again--then pause, rest and relax, etc.  It worked very, very well. He had a positive experience, and so did Leah. 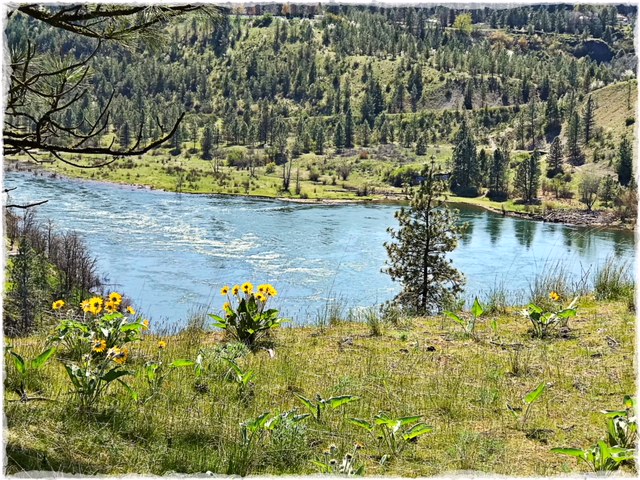 My friend took some pictures of us. 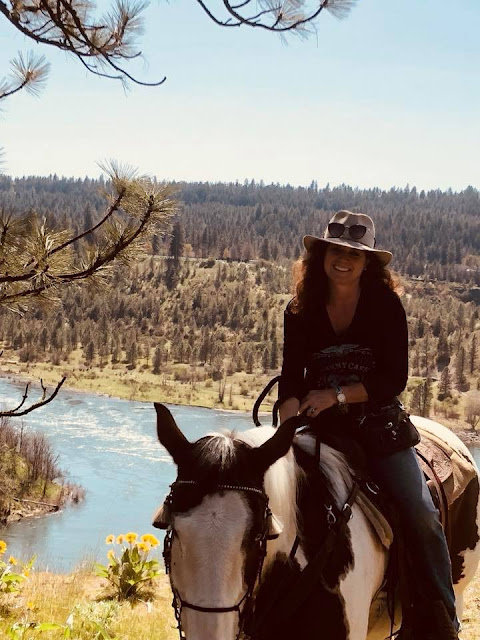 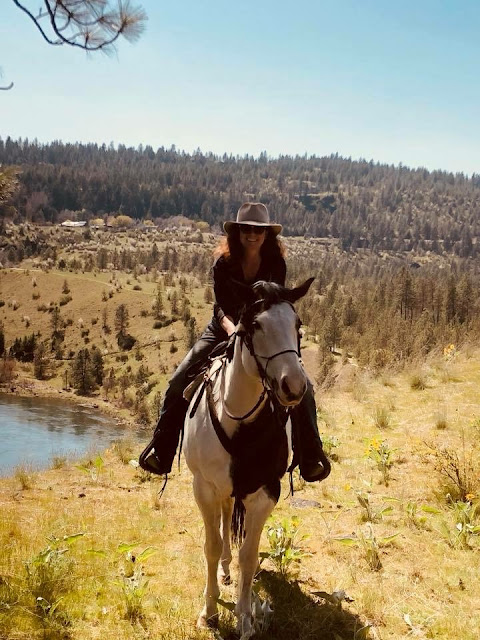 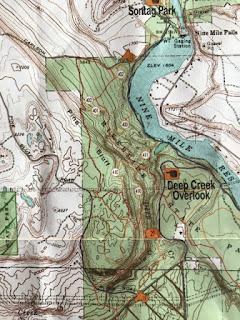 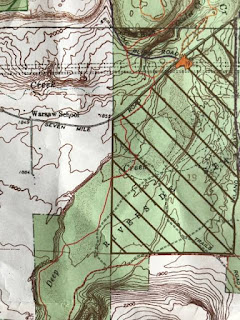 When I left for the ride yesterday, I let Little Joe and Cowboy out into the big pasture for the first time.  The mares weren't very happy. 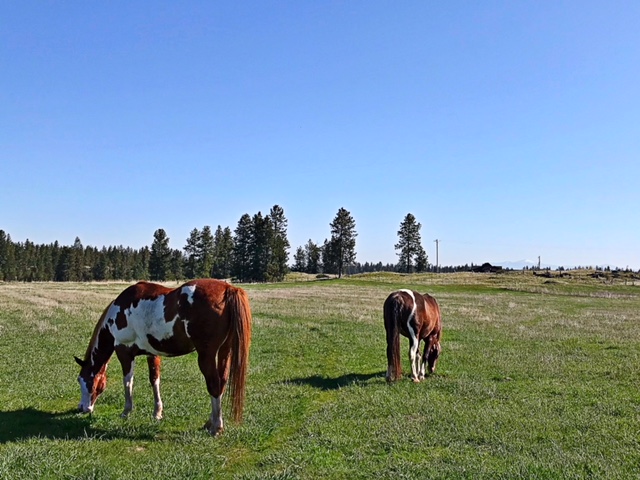 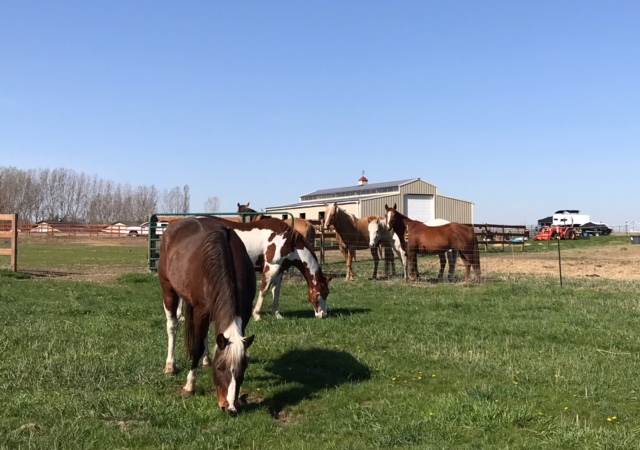 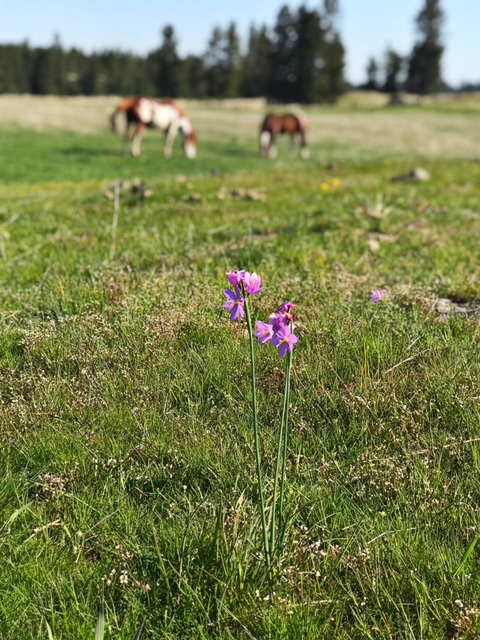 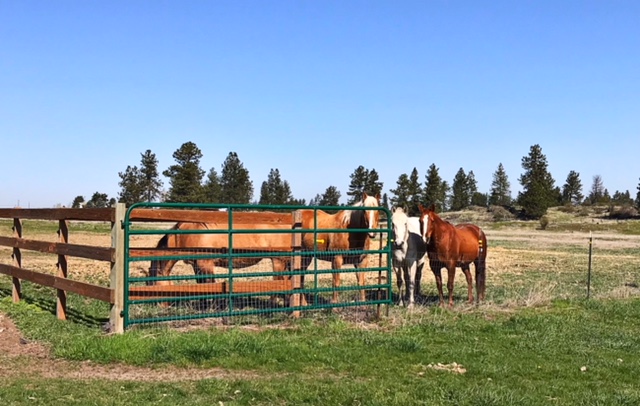