Boredom and Hunger, I Get It! 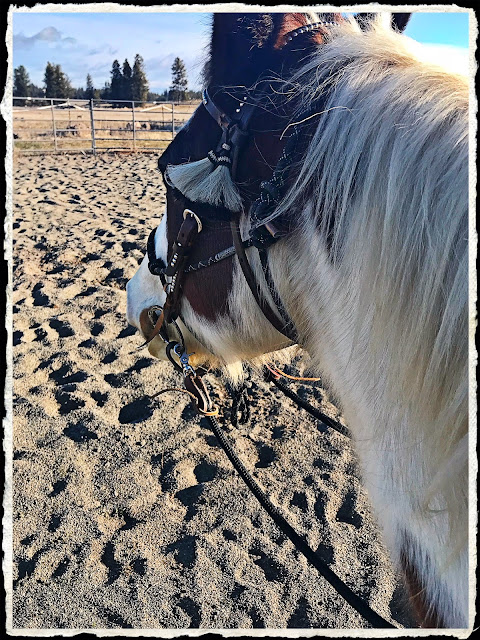 It's winter.  We're all a little bored and extra hungry.  Apparently, so is my horse, Leah.

After a sour day, then a golden day, then another sour day (yesterday), I realized there was a common factor to the sour days.  Hunger. 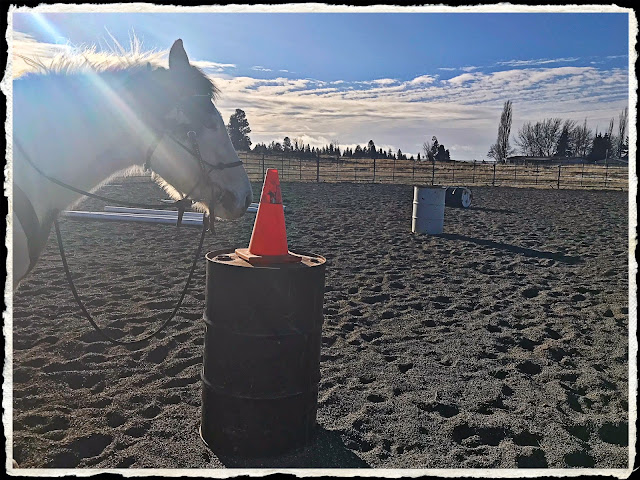 It was such a beautiful day.  Sunny.  32 degrees.  I was up earlier witnessing the Super Blue Eclipsed Moon in all its glory--just a perfect morning.

Leah was feeling good, too.  She was definitely happier.  We worked on neck reining against the rail.  I laid the rein on her neck to ask for the turn, then added leg, then opposite rein.  She was getting it.

But after a while, she did seem bored.  I decided to break it up for her and play the cone game.  We picked up the cone and took it to another barrel, sat it on the barrel, rode around and picked it up and took it back.  Then, we did it with her backing up around the barrels.

She liked it a lot. 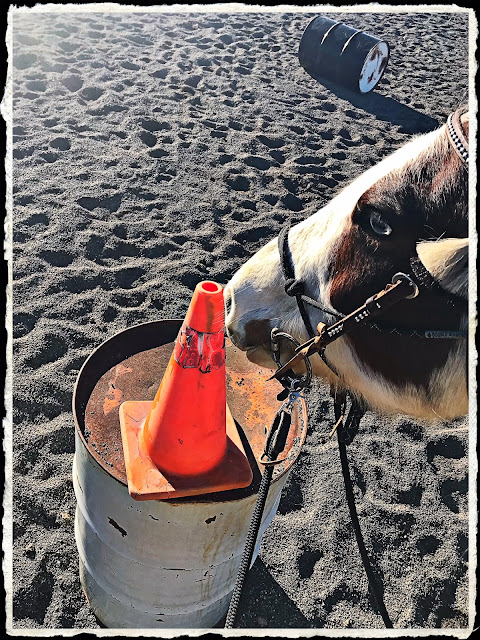 So yeah, I've got a bored horse on my hands.  I need to spice it up for her--and make sure she isn't hungry when we start our work.
Posted by Linda at 1:58 PM