The terrible air quality, with all the fires in our area, slowed us down, but it didn't totally stop us.  I've continued to work with Bee--as we call her now--on trailer loading, hauling, standing tied, and driving from the ground.

We had a wonderful all day clinic Saturday with my trainer, Rebecca.  She taught us her system of teaching horses to self-load and unload--which is a much safer way to do it, and much needed.  Bee had gotten to the point that she was trying to turn around in her divider before the divider was open.  She was also rushing out of the trailer backwards.  We needed some tools to teach her to slow down and to also be prepared for the "just in case" moments.

While we went over the lecture portion of the clinic, I let Bee out in the arena with tried-and-true Money Penny, aka, Penny. 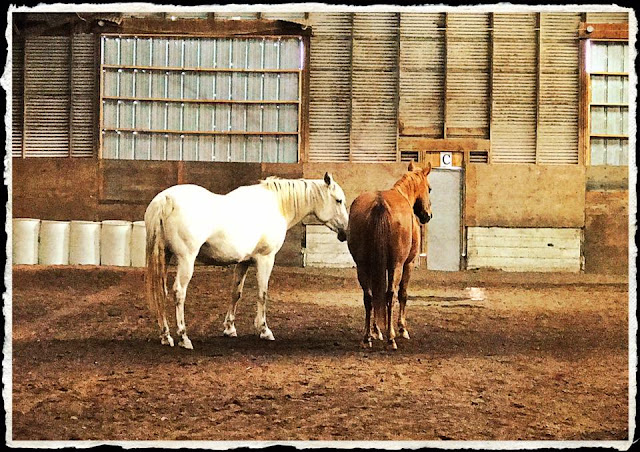 And, we practiced standing tied, which is a prerequisite for being able to stand tied in the trailer. 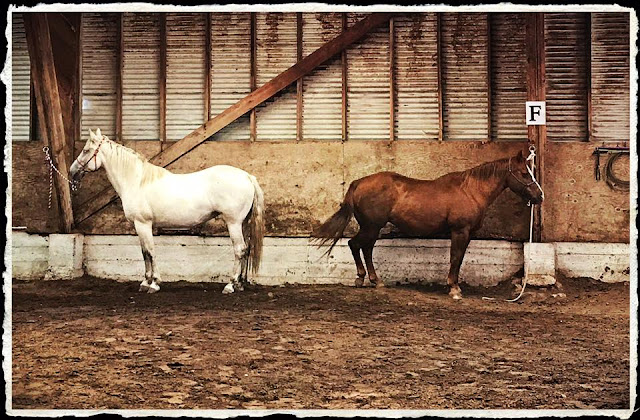 Rebecca introduced her to the "Be Nice" halter. 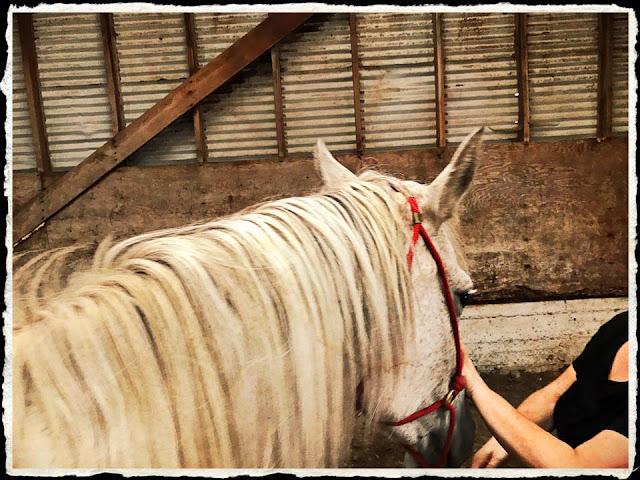 It worked wonders for Bee.  She immediately gave to the pressure.  I'm going to buy one.

Rebecca showed us the technique for teaching to self-load.  Two long lines hooked together and ran through the front window.  The horse is on the line and you're allowing them to choose to go in.  If they run backwards, you have enough line to hold them (wear thick gloves!!), and then you just ask again.  Unloading goes the same way.  You have the lead rope on the horse, but you also have the long line and you ask them to step backward while giving more and more rope. 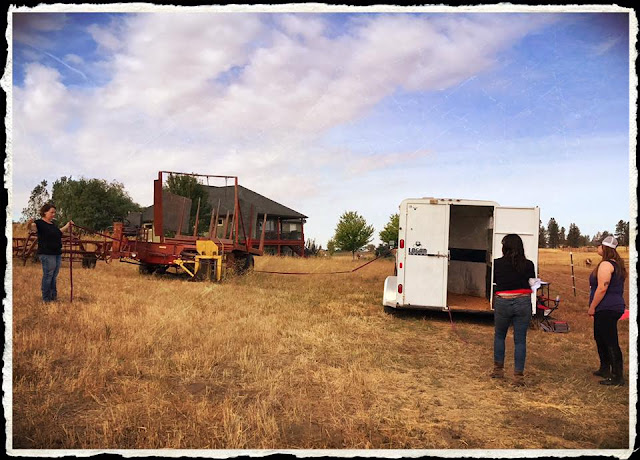 Here she is working Bee into her small 2-horse slant.  That went well, loading and unloading. 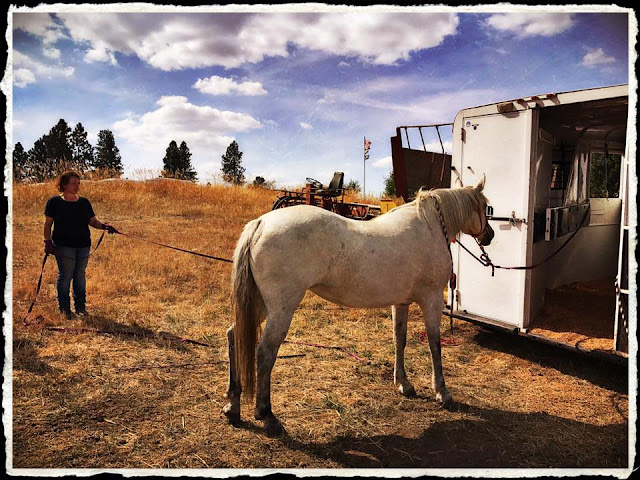 We moved on to my trailer.  Bee loaded, but wanted to turn and bolt out when she got in there alone. Rebecca had control of her with this long line.  She's asking her to stand in the trailer at this point. 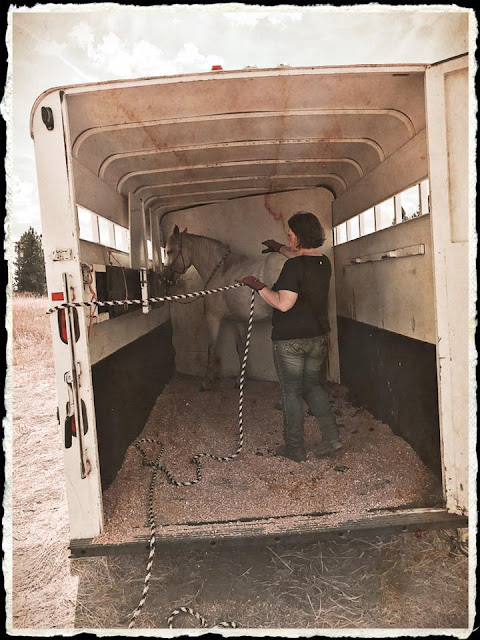 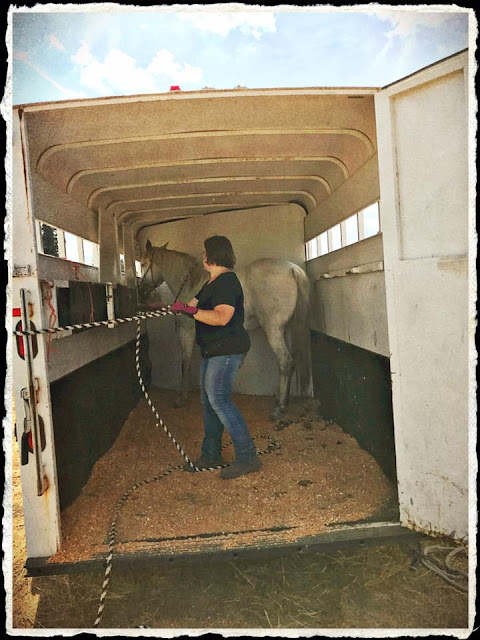 She also closed the divider and opened it, which is when Bee has wanted to bolt, but she kept her head around.

When she asked Bee to back out, Rebecca exited the trailer to the side. Bee ran backwards as fast as she could and kept going.  She would have lost her with a regular lead rope, but the long line held.  She loaded and unloaded Bee again and again until this last phase, where she did much, much better.

Today, I went out and worked on tying, loading, self-loading, unloading, driving from the ground, and getting on her myself.

From there we moved to driving her from the ground.  I did that with the reins in hand, rather than long lines.  It was awkward, but she allowed me to turn her, back her, whoa and move out.

I was very scared and my heart was beating like crazy.  I petted her, jumped off from both sides several times, and remounted, and bent her in, but I didn't ask her to move out.  I knew that, at this point, I wouldn't be able to get back on if something went wrong. I don't think I'd have the nerve, and continuing forward is a must. She has only had four rides, and I don't feel ready.  When I know we're communicating from the ground, and she seems more relaxed, I may feel  more confident.

But until then, I'm going to keep filling in the holes.  Everything she's doing is much better than before.  She stands tied better, she was better for the farrier today, she loads better.

This winter I'll be doing a colt starting clinic, with Bee, next door.  I'll also do a follow-up clinic with Leah, for more advanced horses, on a following weekend each month. 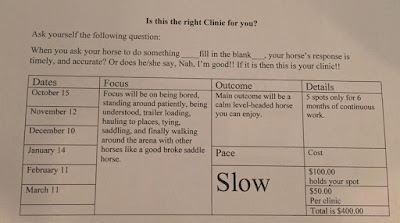 One step at a time, but Beautiful Girl and I will get there--together...

each of us having to overcome our fears.