A Gift and a Dedication Ceremony 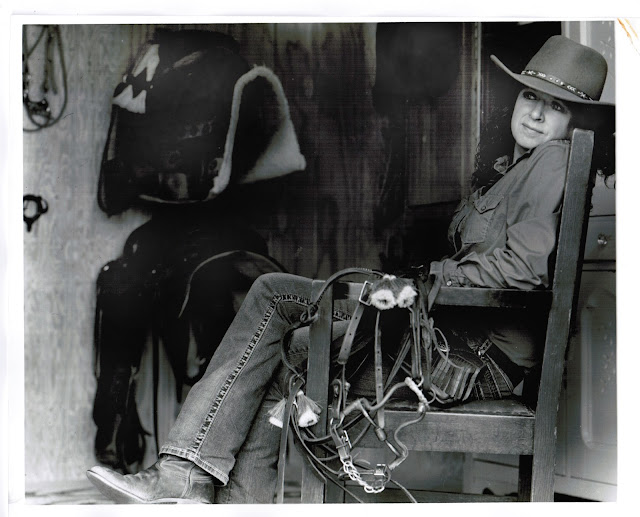 My brother is studying photography in college, and one of his projects was to take a picture with an old-timer camera & film (I'll update with the exact type).  It's the kind where the shooter has to go behind a blanket and snap the shot.  You don't get to view it until you're in the dark room and you only get a few chances.

A blinker is someone who blinks so often, they figure only 1 out of 4 shots will catch them with their eyes open.  I was diagnosed as a "blinker" by a photographer about 15 years ago.  Poor Danny, my brother, he was shooting with an old time camera and his subject was a blinker--the chances of getting a decent shot for school was like 1 in 1,000,000.  But he did.  Which makes him a ROCK STAR!  This scan of the photo doesn't quite capture what he did.  I've asked him for a digital copy of his work, but  he's too busy out taking more photographs.  The scan darkened up the background elements and the detail was lost.  He had done a really nice job in the dark room dodging the background for the subtle colors in the blankets and the leather texture.

Yesterday, I had rode Cowboy down to a dedication for Spokane Chief Garry and, afterward, I tried to take a nap, but I was awakened by my brother stopping by to give me this photo as a gift.  He had matted and framed it for his end of the year showcase.

It couldn't have been a better gift, and I will always cherish it--me in my Cowgirl Cave as I look off at Cowboy and Leah tied together at their post with Cowboy's bridle slung over my favorite chair. The assignment was to photograph someone doing something they love without them actually posing, but to be honest, I was semi-posing. You have to be perfectly still with those cameras or it all blurs. I tried to just think about Cowboy and Leah, instead of the camera perched awkwardly on the ground in front of the cave.  If it had been anything other than my horses, I probably couldn't have done it.  But looking at your heart-horses--well, that makes it easy, doesn't it?

The Chief Garry Sign Dedication in Palisades Park was a spiritual moment.  A couple of friends and I rode our horses into it, and I sat on Cowboy through the whole thing and got to experience his reactions.  A few members of the Spokane Tribe, some of whom are Garry's descendants, beat a drum together and sang songs that were probably written in that very canyon.  They'd start out quiet, with a soft pounding, and slowly crescendo--at which point Cowboy's head would dart up--then their voices would recede away.  It was so beautiful.  Cowboy liked it.  Personally, I think horses like music--but that's another post.

There were 7 generations of Chief Garry descendants represented there, and they all pulled the cover off the sign together. 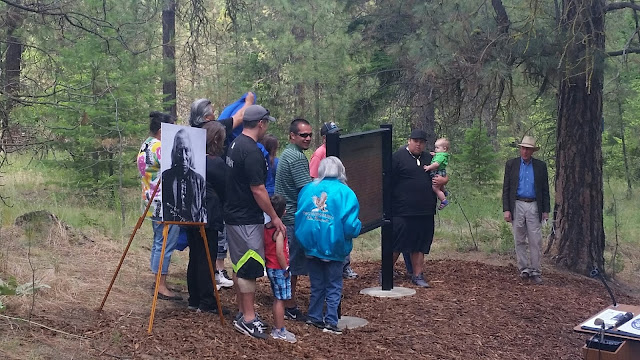 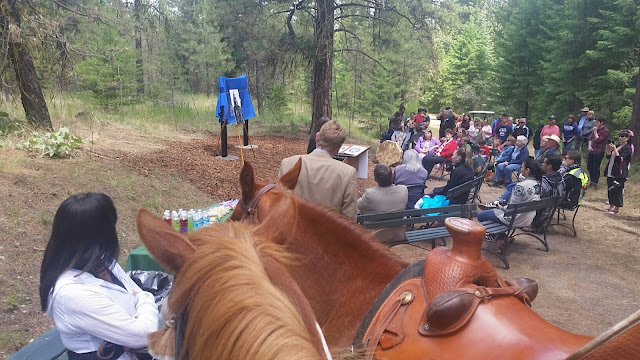 Riding back to the trailer--shooting over my shoulder--this is why the Spokane Tribe would have chosen this canyon--the grass (for their horses), water, and timber. 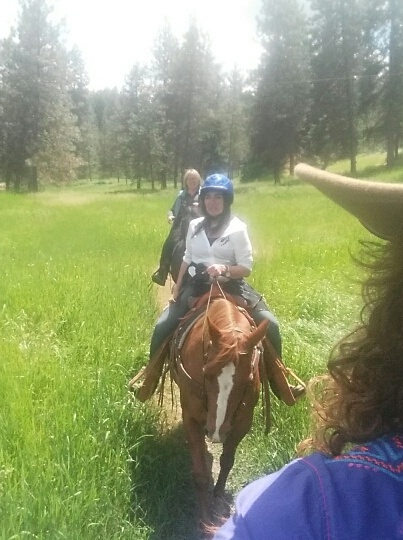 A little something Penny picked up from the ride. 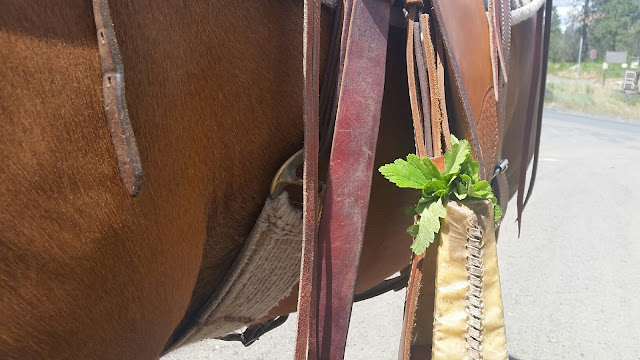 Here's a very short video of them singing and beating their drum during the ceremony.  They were bringing their people's songs back to their ancestral grounds.  I ride there often, but I'll never think of it the same again.