Kidney Stones Are The Devil & Other Stuff 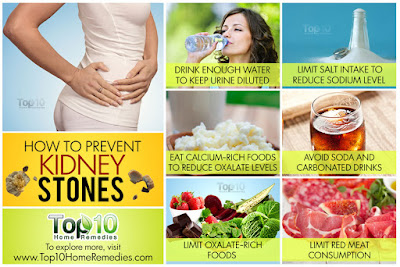 I really shouldn't let so much time go by without posting.  All this stuff happens, then I include it all in one HUGE post, and it makes my life seem CR-azy! Maybe it is.

Let me start with the worst of the news, then backtrack.

I had kidney stones, and this is what I have to say about them.

1. I never want them again.

2. I never want them again.

3. I never want them again.

I read many, many articles on kidney stones since returning from the ER at 5:00 am after a night of acute side and back pain, confusion, CtScan, pain meds, & IV fluids.  What I found was much disagreement about what causes them--except the widely accepted belief that dehydration is a main culprit.  Yes, I was dehydrated.  That day I had 2 cups of coffee and 2 glasses of wine.

Of all the other things I read, that may be culprits, I had been eating a lot of protein, taking high doses of Calcium supplements, drinking filtered well water, which is hard, and enjoying my salt. Still, if I had kept myself hydrated, those things probably wouldn't have mattered. (But they're all 4 on various lists.)  For the record, I do not EVER drink sodas.

As for getting rid of kidney stones (mine was 3mm with some smaller ones the size of sand granules--all under the 5mm threshold.) I drank a ton-load of water with lemon, one beer (per advice of family member), pain meds and one dose of Flomax.  When they finally did come out, 2 days, 6 hours later, they were small, hard and black.  (Not exactly what I expected them to look like.)

As a side-note: at the ER, they asked me what my pain level was.  I had visions of having my leg chopped off--or worse--so I graded it an 8.  They should really be more specific about the pain scale.

The last clinic was Saturday on Day 2 of my kidney stones, and since my granddaughter had come so far this fall and winter, there was no way I wasn't attending.  I would have shown up on a stretcher if I had to.  Turned out, however, I wasn't in much pain that day--at least to start.

My husband and granddaughter loaded the horses and he drove the truck and trailer to Riverside State Park for me.  We had a plan that if things were to get worse, he would come and get me and our instructor would take care of Sophie.  (I ended up making it through the trail challenge, but not the trail ride.)

We started out in-hand through the trail challenge.  Leah had changed so drastically, I almost had a heart attack--to add to my kidney stones.

She walked through the ladder obstacle--the one that looks like two large ladders in an "L" shape.  Horses hate that ladder.  It's hard for them to navigate all 4 feet.  Leah had never done it successfully.  She would barely even go across it width wise.  But yesterday, the girl did the whole thing both in-hand and in-saddle!  (Here's a photo I found on the web of a similar ladder--but ours had taller wood sides--about double what you see there--so they had to step higher to get through it.  Ours was a little longer, as well.) 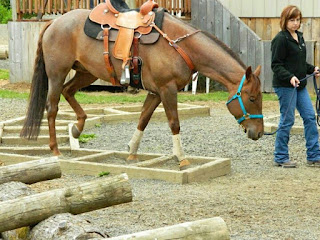 The big tire was another obstacle Leah never successfully navigated, but yesterday, she did it, as well, both in-hand and in-saddle.

Here are some photos.  I took several of my granddaughter with Penny.  I so admired her strength and tenderness with Penny.  You could see her guiding, leading, and tenderly praising her.  It made me teary eyed cropping them and seeing both their expressions of love and trust. (Although, at the outset here, there was a little disagreement about which direction they would go.  Penny is clearly indicating an easier path around the tire.) 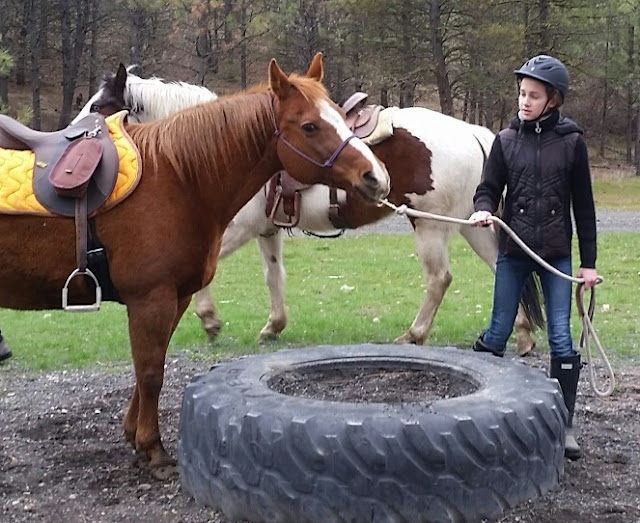 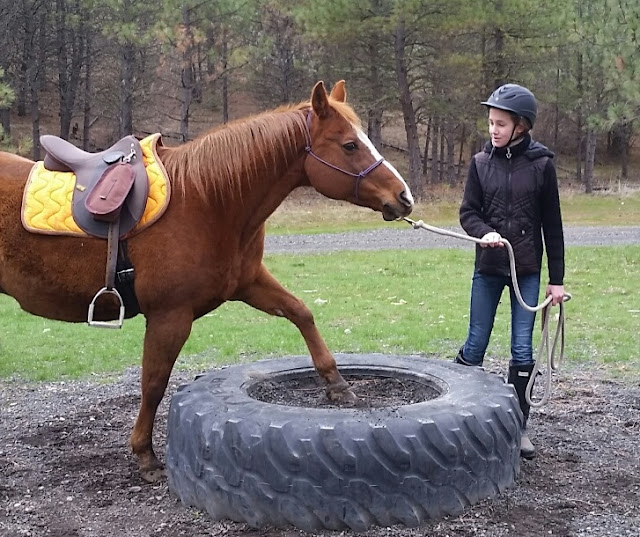 I love this one.  You know she's telling her something sweet for getting up on that tire. 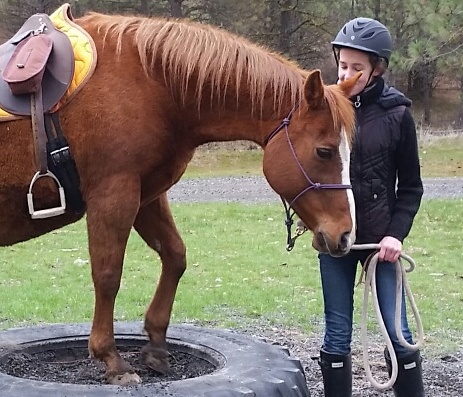 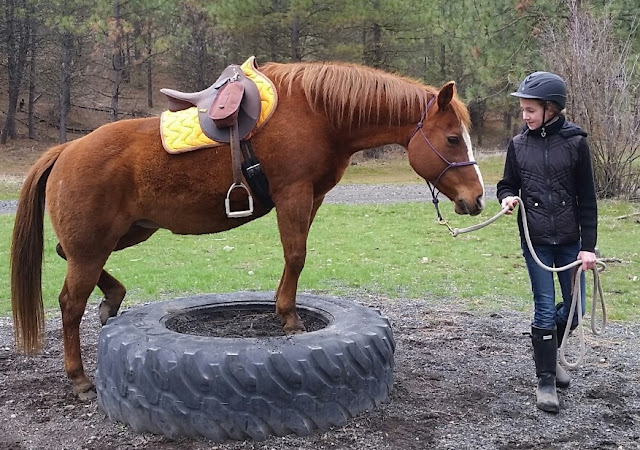 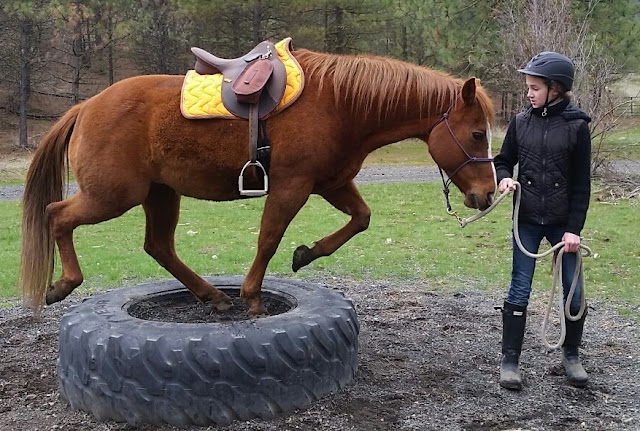 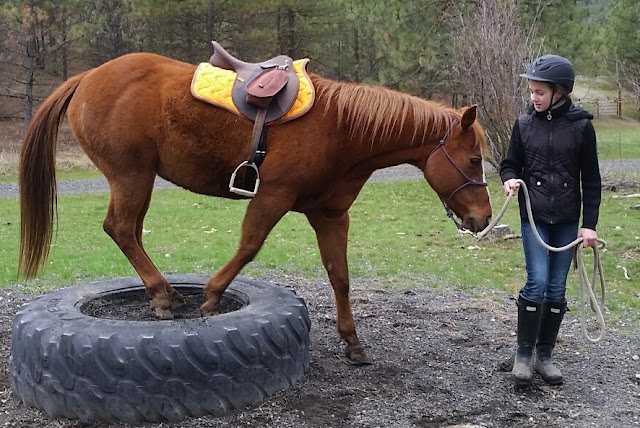 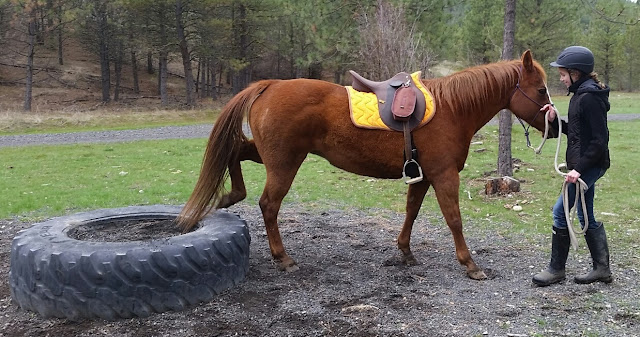 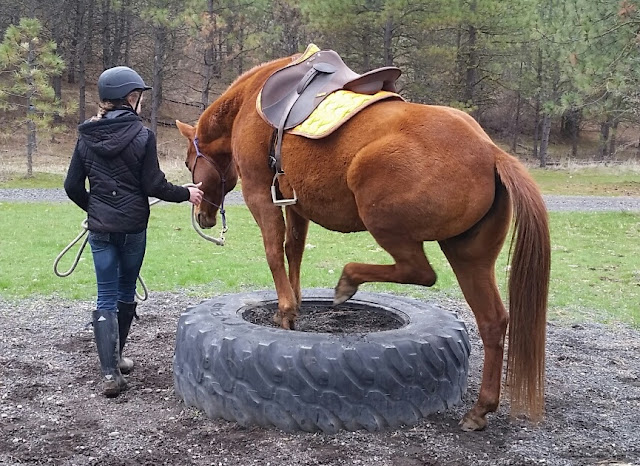 Those pictures make the tire look easy, but it's not.  That day, many of the horses refused for a long time and put up quite a fight.  It's really an act of faith and concentration by the horse.  Leah DID NOT do it last year.  But this year... 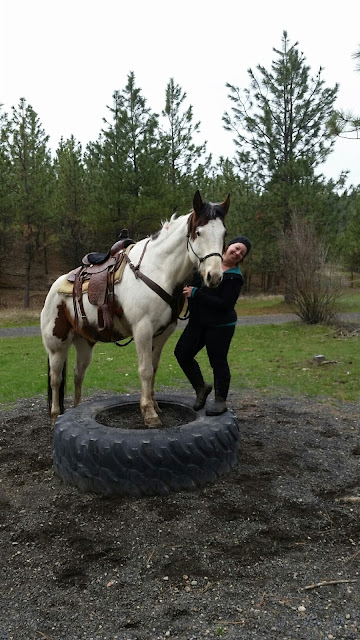 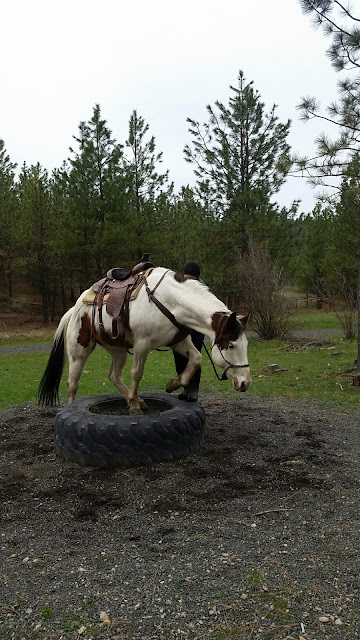 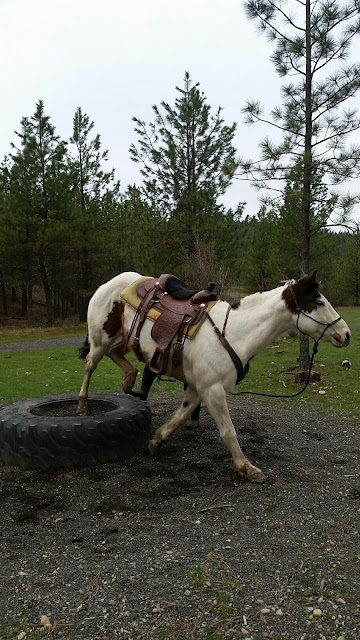 My trainer is with her in all these photos--but I really was there--taking the pictures, and I rode her across it during the saddle portion.  Oddly enough, the mailbox (below) was a little harder for Leah. There's just no good excuse for that. 😂 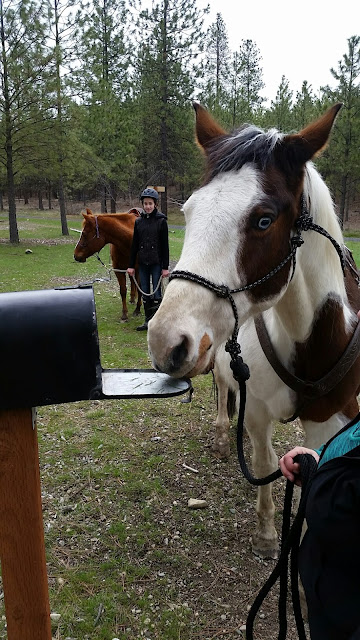 Here's Leah on the trail ride (after I'd gone home in pain) tied to a tree as they practiced going over water obstacles.  What a good girl! 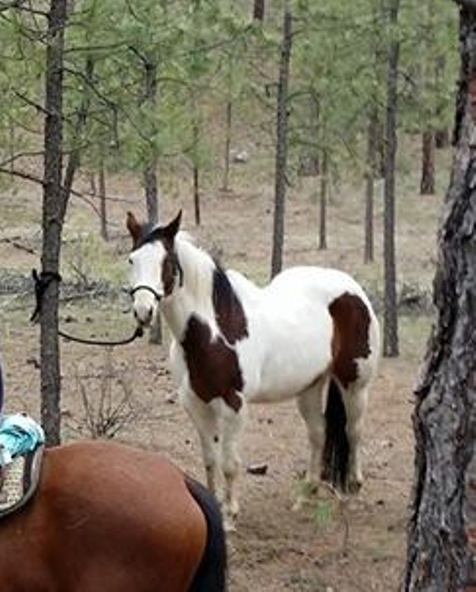 Before the stones, I got one trail ride in at Palisades Park with Cowboy.  He had the spring jiggers--even at the ripe old age of 22.  A little water work, though, and he settled down and acted like a well-broke trail horse.

I had another ride scheduled for Friday, the same day as the ER, but that one was quickly canceled.

Here are a few photos of Palisades Park. 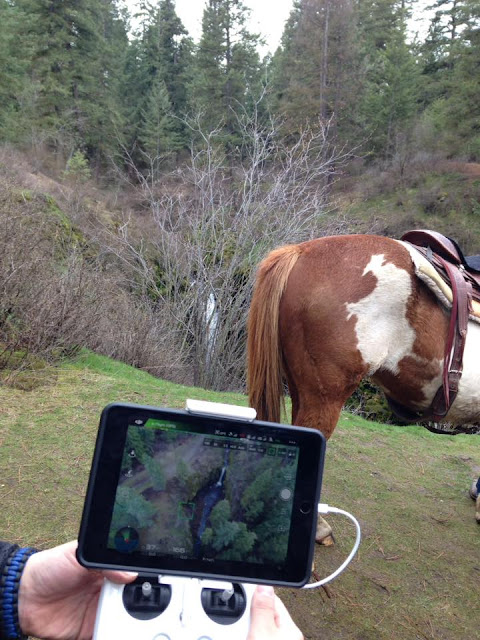 Ran into a guy filming the waterfall with a drone.  When he saw us, he had his drone go way up so as not to scare the horses. 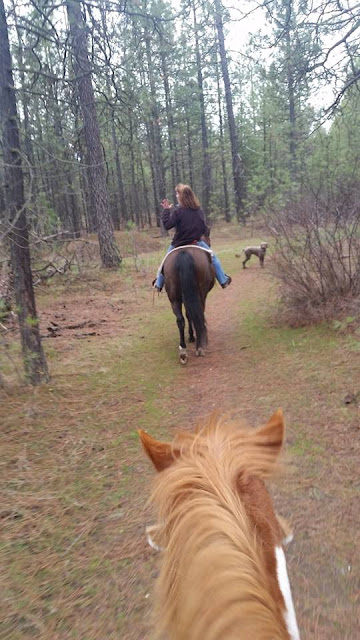 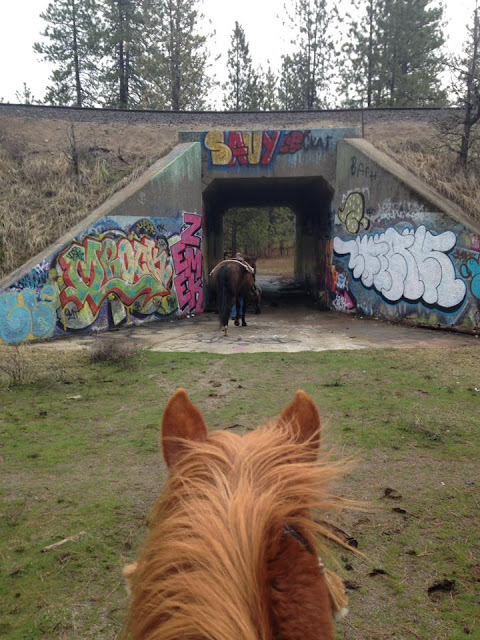 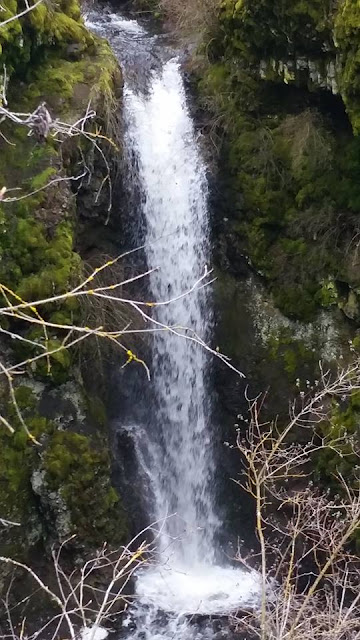 Oh, here's a short clip of Sophie and Penny with the tire obstacle, in-saddle.  Perfection!

My big 5-0 is coming around the corner and, for my birthday, I asked for a new, enclosed tack room near my riding arena.  This room will be for tack and health supplies ONLY--no food stuffs at all. 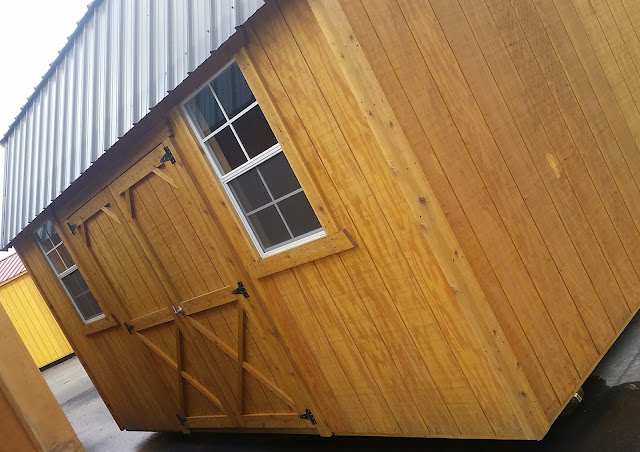 It's 16' by 10', extra tall walls, and 2 storage lofts.  I cannot wait until it gets here Thursday!  I've ordered saddle, blanket and bridle racks, and I have lots of Pinterest ideas.  😊 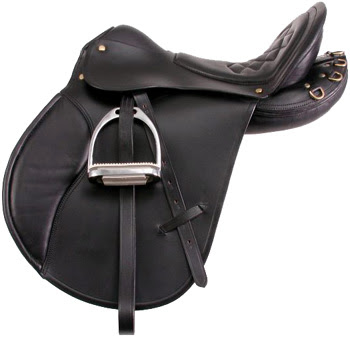 I also ordered a Cashell pad to fit over it. I have one for my western saddle and I cannot imagine life without it.  Today, they're 25% off.  Unfortunately, I paid full price.  😭  Still worth every penny! 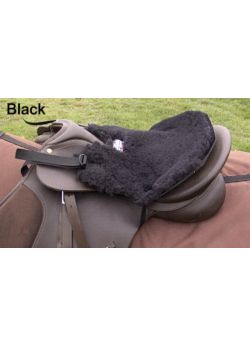