So much has gone on this last week, I barely know where to start.  As a favor to you all, I'm going to divide this post into sections so that you don't have to read the whole thing.  I'll start with the good news.
Cowgirl has a visitor.

Since Red died, Cowgirl hasn't been the same.  She's always hanging out by herself.  I started to think she'd been demoted by Beautiful Girl, but then yesterday, she rejoined the herd and kicked the crap out of BG when she came too close to her hay.

But something sweet happened during her time of mourning. Whenever I'd go out to the barn, there was a bird (is it a pigeon?) hovering near her. It would fly away when I approached, but it happened so often, I wanted to get a picture of it, so I got my phone ready. 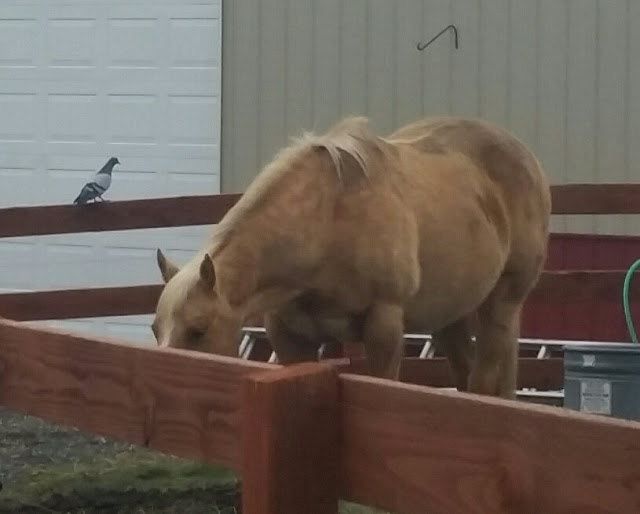 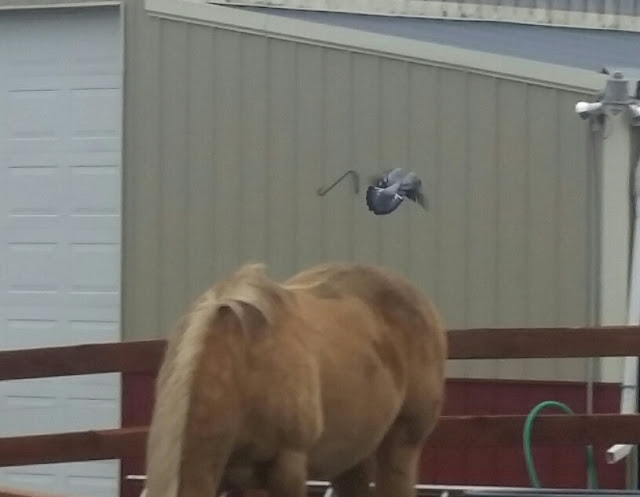 At first, I was mostly concerned with myself, learning to balance better on their backs at different gaits, but as time has gone on, I'm more concerned with what I can feel through the close contact.

I've learned important information about ALL of them, but what I found about Leah was especially revealing.  Leah seems to take stress into her spine (maybe all horses do?) and when I pick up the rein to ask for something different, I can feel a tightening and twitching along her back that doesn't always correspond with a dramatic, and obvious, head lift. 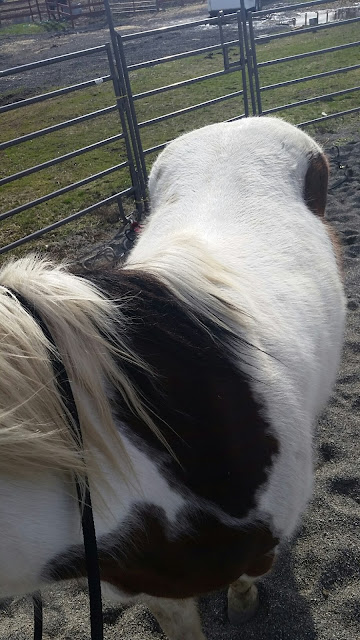 To probe into that further, I practiced side-passing on her, but I worked really hard to use the lightest amount of pressure in the bit--just enough to signal NOT to move forward.  Then, I gave a little push with my left leg to get her to step over to the right.  The more I repeated it, and got softer and softer, the more she stopped reacting and I didn't feel anything in her back.  I shifted to the opposite direction, same technique, and she just scooted right over to the left.  It was an AHA! moment.  She's an extremely sensitive horse--a lover, not a fighter--and she requires an extremely gentle hand.  I have some work to do in that area, but her body is helping me figure it out. 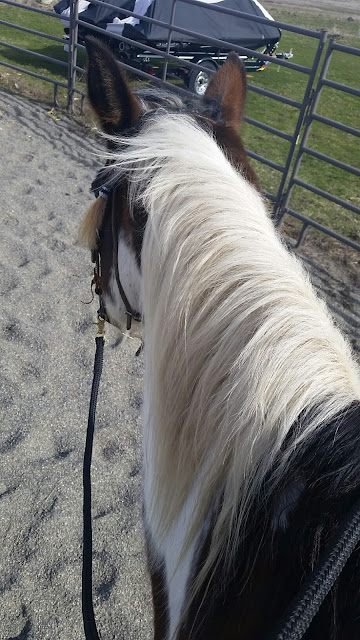 The flooding in our house is almost done, but it hasn't stopped completely because it continues to rain.  We took out all the carpet, and now we're taking out portions of the wall and insulation throughout the entire basement. 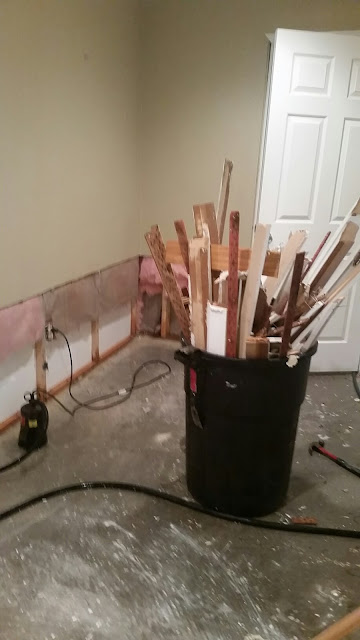 On Saturday, I had my last straw.  As I was pulling out water-soaked baseboards, I started to cry.  My husband, sensing my sadness, or his own, or both, came over and pulled me to him and held me in his arms.  Or, maybe it's more accurate to say both of us held each other in our arms.  We just stood like that for a long time, then we parted and continued to work.  But I felt better.

That night, after working until about 7 pm, we got on our shorts and tank tops, set the television (that we had to bring up from the flooded downstairs) to YouTube scenes of the ocean waves, grilled salmon, opened wine, turned up the house temperature and partied like it was 1999, pretended we were back in Hawaii.

You know, I wouldn't wish this on ourselves, or anyone, but oddly, it has brought us even closer together.

Thank you flooded basement for reminding us what is most important--the ones we love.

On the bright side, we do have a plan to make sure this NEVER happens again, but more on that later.  Here are some photos of the last week. 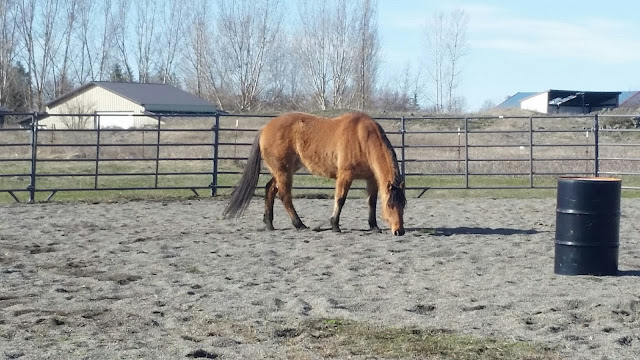 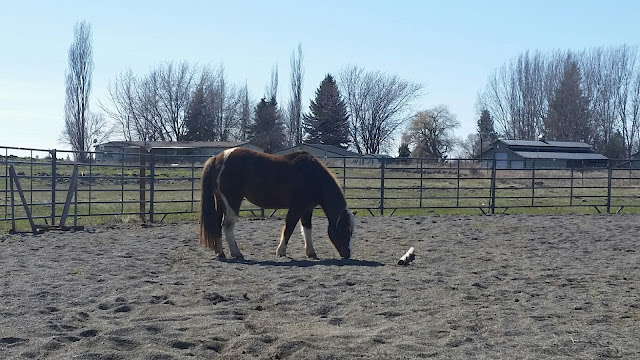 A butt to butt kicking match that had Little Joe bleeding and Foxy running around on 3 legs. 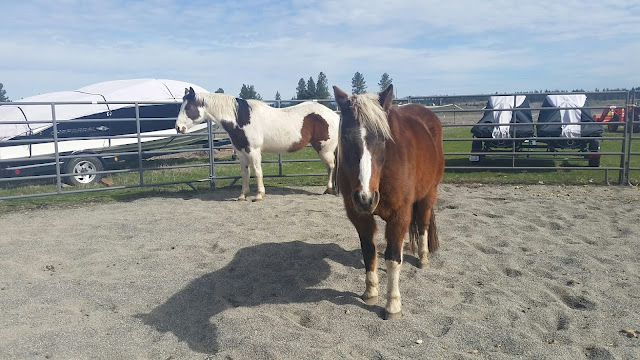 The pond large puddle flood in front of our house: before and after being pumped out (starting Sunday) to allow for more drainage. 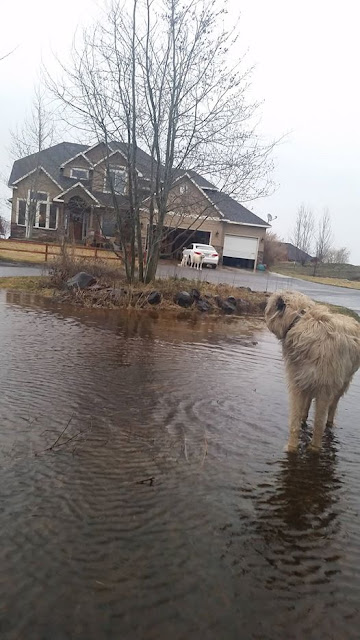 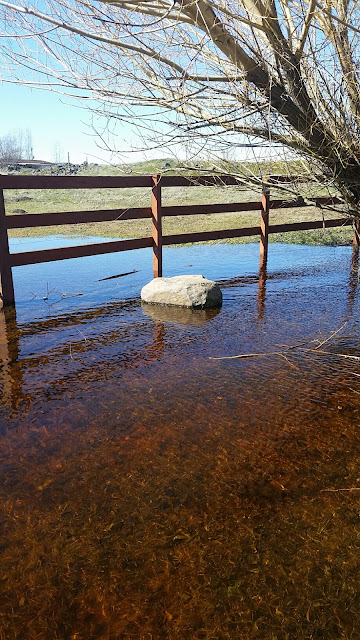 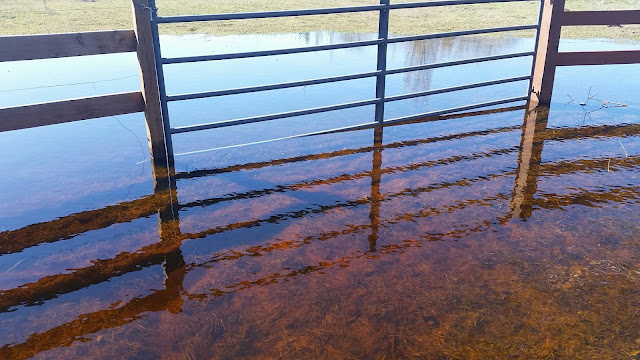 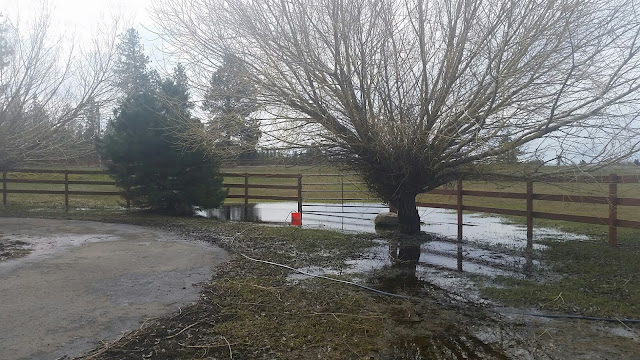 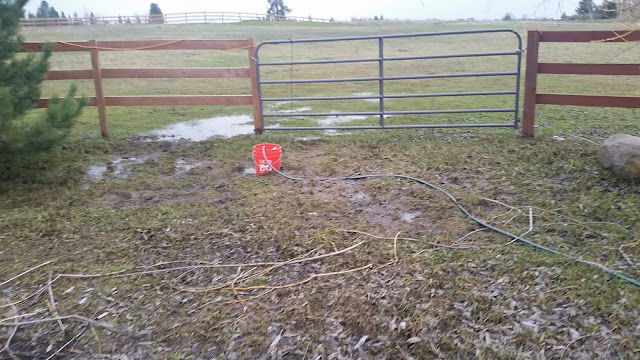 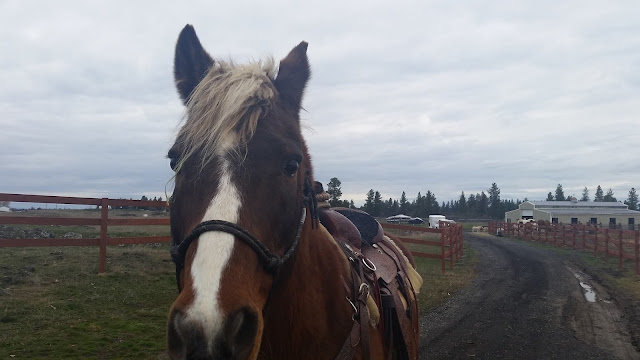 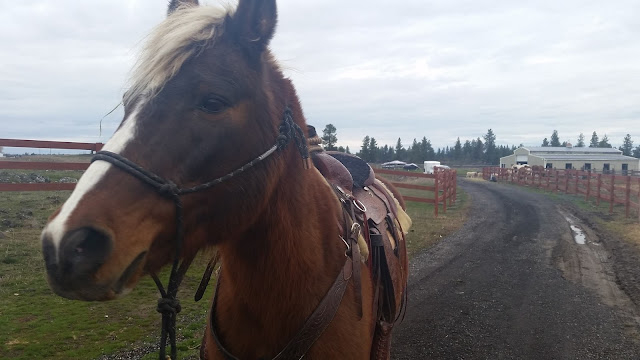 Hope it is well with all of you!  Or, if not, that you're making the best of bad situations.  Hang in there!
Posted by Linda at 2:37 PM