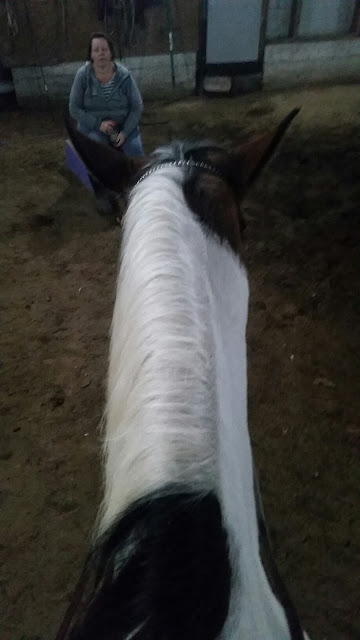 Leah and I went to the arena tonight.

I let her run all around it.

I saddled up and rode her.

She didn't want to go through a section of the arena that had flooded.

She started bolting to the left to get away from it.

I massaged.  I rode on a loose rein.  I gave her her head.

It was much better than before, but not cured.

The arena owner came in and she about ran him over going to the left.

"She was great until three months ago.  I don't know what happened, but I need a miracle cure."

Rebecca sat watching me at the end of the arena.

In retrospect, is was so damn obvious.