Leah's training continues, despite the mystery "pain" which seems to get better with work.   Rebecca  has rode her twice this week.  She starts her out on the ground with side reins to help her build up muscle, balance and flexibility.  She has also been riding her with a nose band.

After a little work, she rewards Leah with an easy ride, one day it was with this Arab S Hackamore which Leah loved, and the last ride was with no bridle at all--completely free except a rope around her lower neck. Leah like that, too. 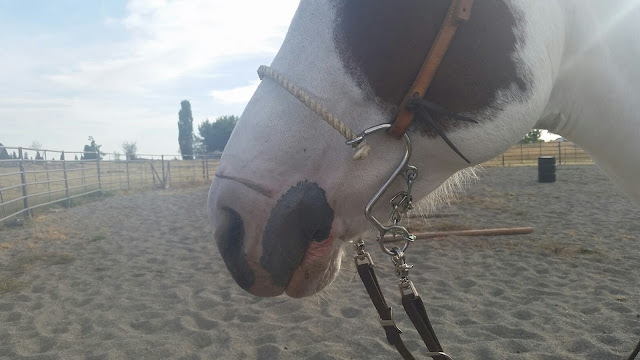 When not on horseback, I have found a new love, Seahorse One.  That is the name of my waverunner.  My husband and I took the plunge and bought a couple of them.  I am in LOVE.  I've been able to fly with a bald eagle and an osprey.  So far we've taken them to Long Lake--20 miles up and 20 miles back--and Lake Coeur d'Alene, but we have lots of future plans and dreams.  This weekend we're renting a cabin on the lake with our kids--it'll be a blast. 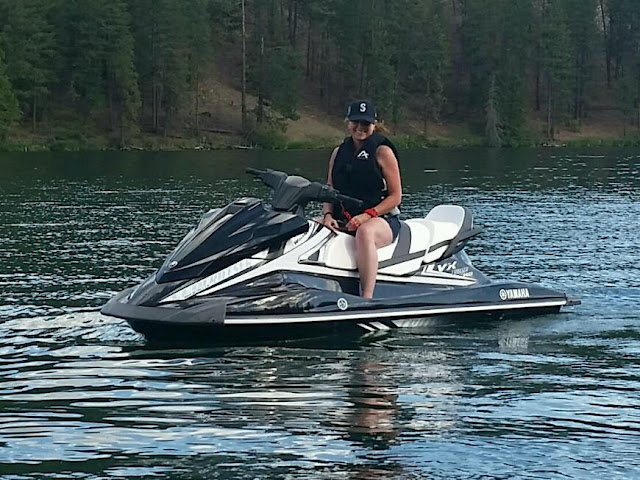 My farrier makes his own knives and I've ALWAYS wanted.  Finally got my wish.  This is high-carbon, low-carbon hand-forged Damascus steel, 120 layers forged over and lapped together.  The wood is Spalted Tamarind.  He'll also sharpen it for me whenever he comes around! 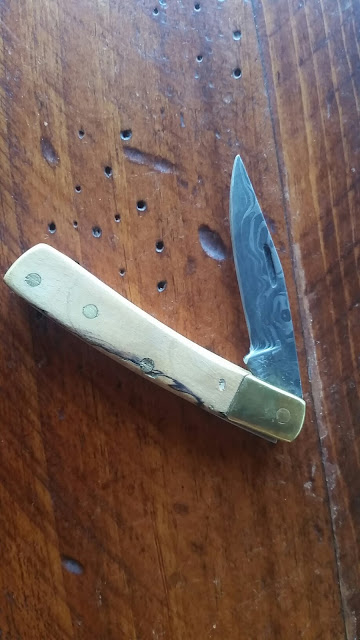 This is a small, but STRONG knife.  The perfect size for my pocket. 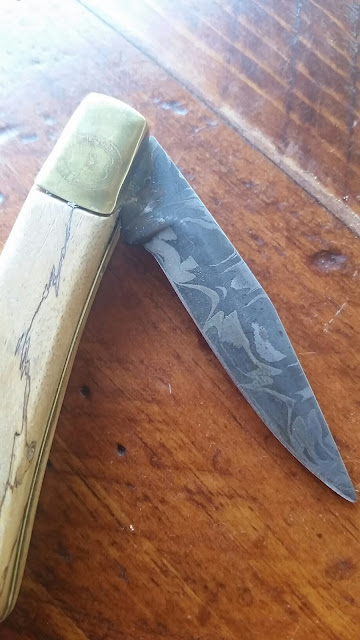 My daughter had Rebecca put a couple of rides on her horse, Cowgirl.  Cowgirl is the alpha mare of our herd and, truthfully, she is the leader. Because of her, Red is still alive and 2nd in command at the ripe old age of 36.  What she says, goes.  She is a foundation Quarter Horse.  Shiloh purchased her as a yearling and she's 11 now.  Smart. Athletic. Brave.  Almost the perfect horse. My daughter's very lucky. 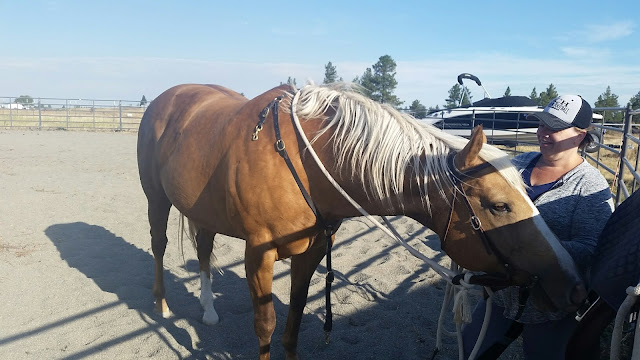 We had some of our hay delivered last Saturday.  Always a treat.  We put away 10 tons of alfalfa/grass and 35 round bales of Timothy for the winter.

A very scary thing happened though.  I was out working with Rebecca and Leah when the hay arrived and my husband and the crew unloaded it.  I had forgotten to try to find our feral female cat and her brother, Tuffy.  Their mother had them in our barn about 6 years ago and Tuffy is my heart-cat!  When they were done and I went in the barn to see the hay, I realized they'd stacked the bales tight and cut off escape routes for the cats.  Typical me, I freaked out and started pushing all of the upper hay bales off until I could uncover the sides of the barn.

Finally, yesterday afternoon, I just stopped and prayed that God would either show me she was alive or show me she was dead so that I could move on. I went into the house and back out an hour later, called for her, and OMG, she emerged from the back of the hay!  My husband was with me then, and we were both SO HAPPY we hugged each other for joy.  All that for a cat, you may wonder.  But it's about LIFE and the fragility of it.  To take away a life is no small thing.  To celebrate life is no small thing either.  I feel blessed. 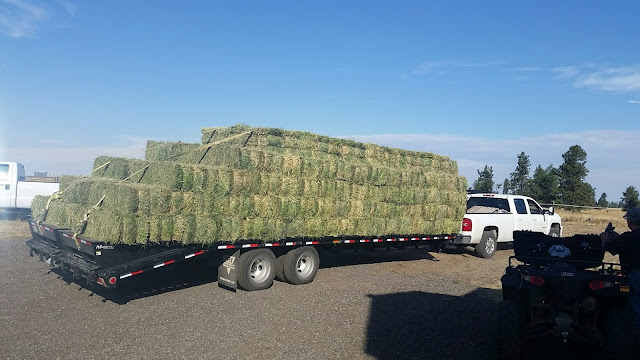 And last, we were at the County Fair and ran into Donald J. Trump.  Well, a cut-out of Trump anyway.  I was a Rand Paul supporter and always will be, but when he bowed out, I decided I wanted to send a fighter to Washington.  I'm sick of nation-building and out-of-control globalism.  I'm sick of loving your country and wanting to keep its nose out of other country's business getting the bad name of "racism" via "nationalism".  I'm a foreign policy realist, and so is Rand Paul.  Trump leans there, too.  Like Trump said, if politicians had done NOTHING for the last 16 years except go on vacation, we'd be better off today than we are.

I have been a proponent of securing our southern border since 9/11--not because of Mexicans who come across to work, but because of the potential for terrorists to get across.  I lived in California much of my life, so I'm well aware the labor has been an agriculture/business necessity.  There has also been abuse of undocumented workers and since no one knows they're here, no one can defend them.  We need a better system for ALL involved.  Something humane.  Unlike some Trump supporters, I would like to see a path to citizenship after we've secured/enforced our border. 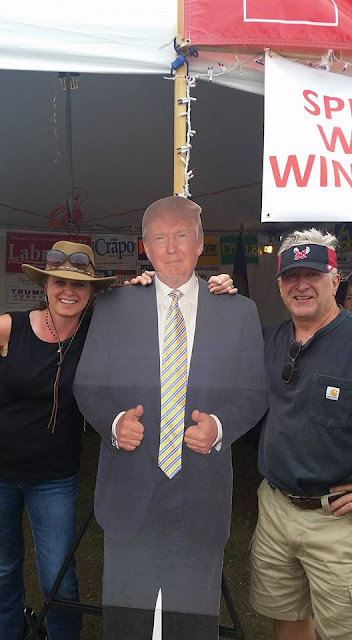 I read a Foreign Policy Mag article this morning by James Traub, "It's Time for the Elites to Rise Up Against the Ignorant Masses"  --yes, you can vomit now.  If this election has done NOTHING else, it has exposed the extent to which we've handed over our country to the so-called "elites" and forfeited our own rights and duties as citizens.