The trailer troubles I wrote about Monday are over.  Leah did not paw or rock back in the trailer either going to or coming from her lesson yesterday.  YAY!!!

But it wasn't solved by the work I did Saturday, Sunday, & Monday.  Not that it hurt to practice tying and standing with patience, but when I went out to load her Tuesday--two hours earlier than the lesson--she was still balking, pawing and pulling back.

Before I went out that morning, however, I had read another article from Jedi Horsemanship, The Trick to Trailer Loading.  In it, they pointed out that even if a horse goes into the trailer pretty easily (like Leah), if they paw and rock back, they are not okay with it.  And, if you want to fix any trailer loading/hauling issues, you have to teach your horse that the trailer is a place of rest and safety.

It was an Aha! Moment for me.  Leah wasn't okay with it.  She didn't think the trailer was a place to rest.  She sees the trailer as a stressful place--a place that means being alone, leaving the herd, and driving off to scary places.  No amount of tying her in it was going to solve that.  It only reinforced it!

There are so many reasons a horse needs to be okay with a trailer--getting to a vet, possibly a new home someday (God forbid!), going on a ride...or to a lesson.

How could I make Leah okay with the trailer?

The article said, and here we go back to the basics again--make the wrong thing hard and the right thing easy.   I'm actually embarrassed to write that because I already knew it.  But because she loaded okay, I didn't associate her issue with not wanting to be in the trailer.  I had brain fog.  Remember what my trainer always says about Leah?  She's a horse who wants to please and do what she's asked, BUT she is sometimes resisting.  She's sending subtle cues that I'm NOT okay with this...really. And, if those cues go ignored, she has the potential to blow up.

The article also pointed out that a horse should load herself into the trailer, rather than being walked in (or pulled in) by her owner.  Another Aha! moment.  Loading herself would show that she is making a choice, rather than being coerced...trapped.  (Which is yet another thing my trainer is always having me do with Leah--give her choices!)

And, we had our best lesson yet! 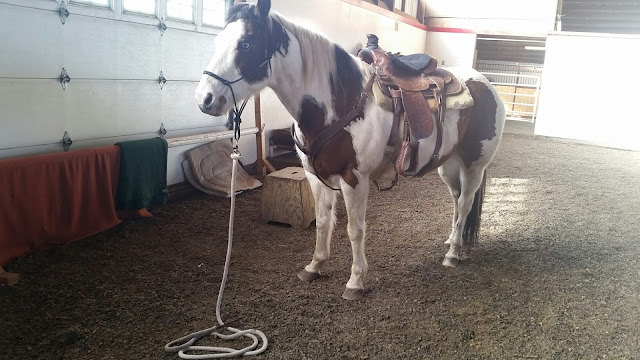 (Above: For Teresa, another reason ground tying is important...photos.) 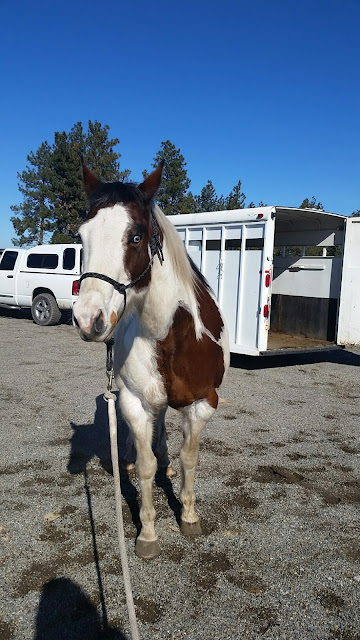 At Liberty with Beautiful Girl on Monday.  It took a lot of running around and playing to get her to finally follow me.  She's an independent little cuss. 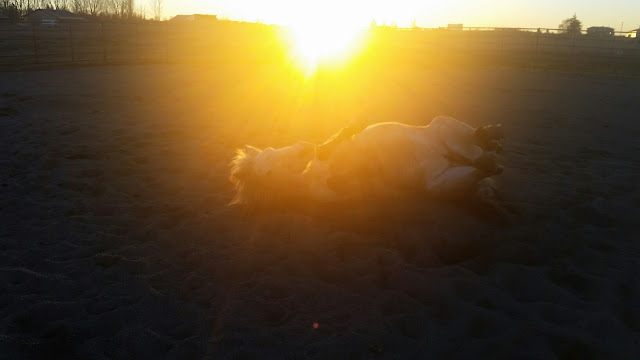 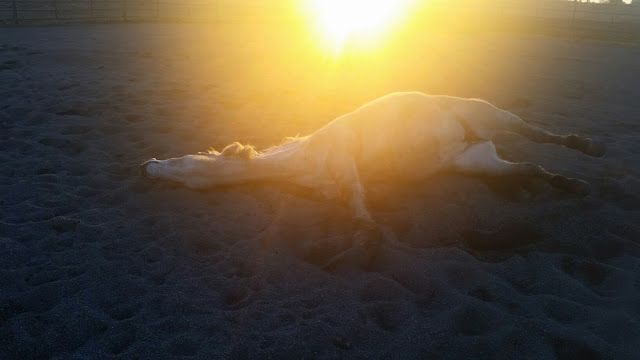 This pretty much sums up most of our At Liberty work that day. Her eyes were on the herd. 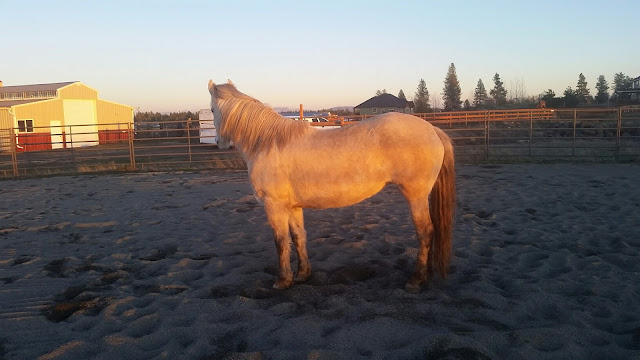 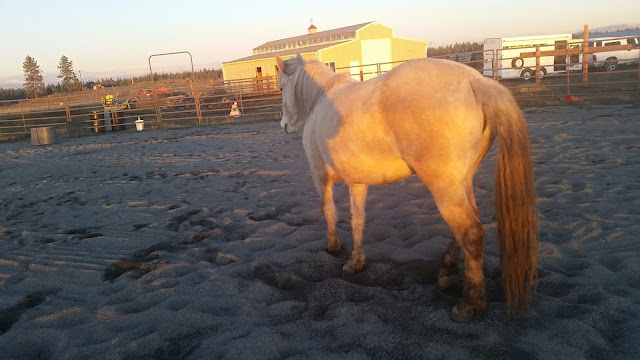 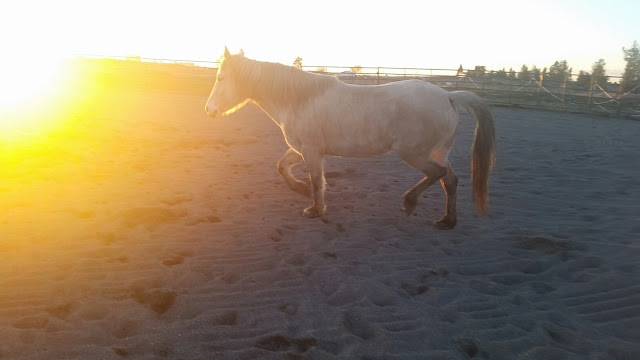 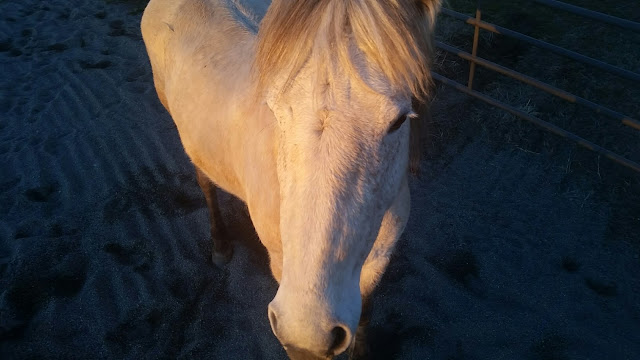 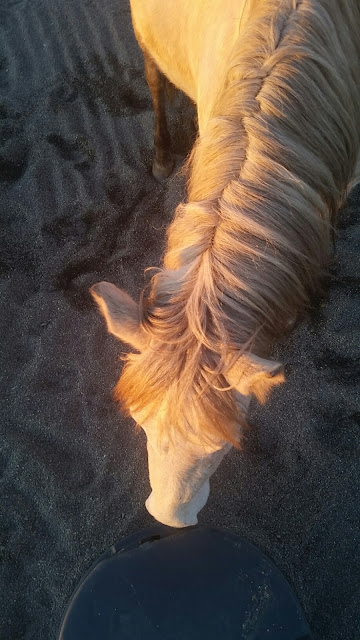 ***********
After yesterday's lesson, I did something I don't normally do...ride alone in the park.  Thankfully, there were lots of hikers and bikers there, so I wasn't really alone, alone....and it was one of the most magnificent rides I've ever had.  Maybe it was because I was alone with Cowboy...and listening to him and the world around me rather than chatting.  I don't know, but it was MAGICAL.  I'm still basking in the after glow today.  We trotted, we loped, we walked and meandered through the woods.  We even rode up to our friend's house, who lives near the park, to see if she was home.  She wasn't, but it was a good excuse to keep riding...because, again, Cowboy did not want to go back to the trailer. 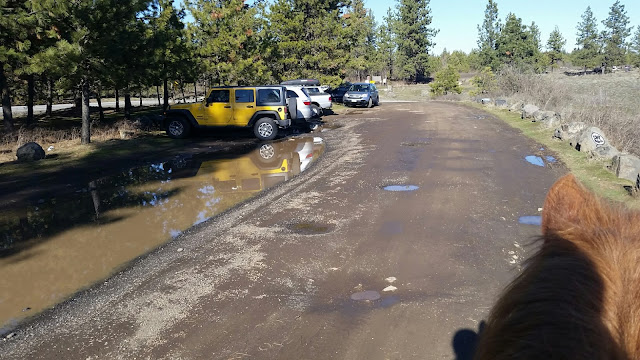 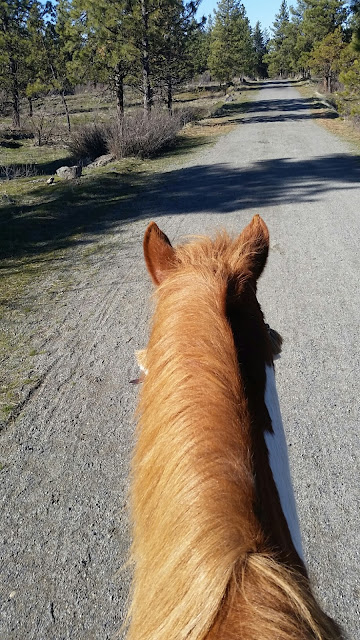 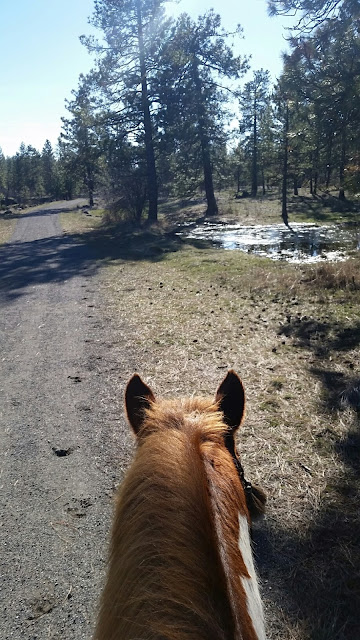 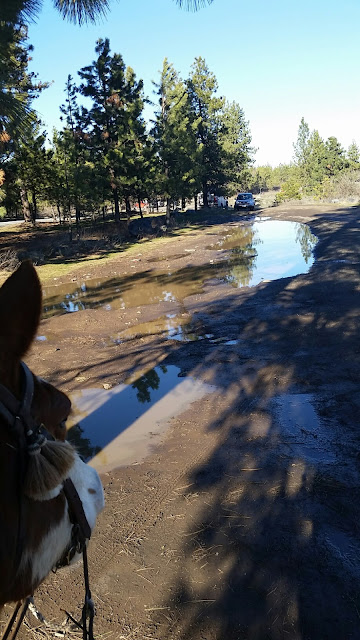 Success is sweet when you work so hard and worry so much about something, like I did trailer hauling Leah. What freedom to be on the other side of such a scary issue.
Posted by Linda at 2:29 PM