Yesterday the wildest storm
I ever witnessed flew past
west to east, a shaggy
howling sky-beast
"The Wildest Storm", Mary Oliver, from Felicity 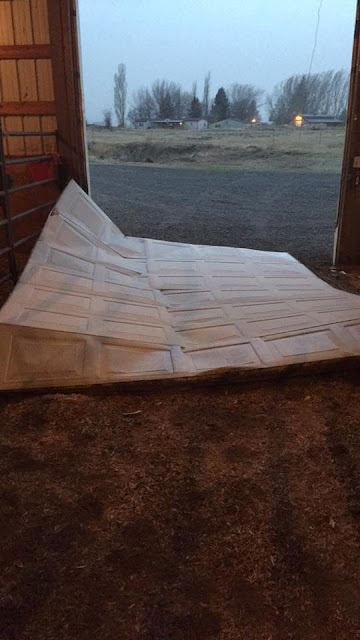 Last Tuesday, Spokane had one of the worst wind storms on record--71 mph winds.  It was devastating.  As you can see in the picture above, our barn door was completely blown off during the early stages of the storm--when there was still light out.  It got much worse later.

The horses were all okay, but Beautiful Girl, still locked in her stall from her injury, was understandably scared, especially with the barn door blown off and the winds powering in.

It howled and pounded for hours, and our lights were flickering off and on throughout it all, losing power here and there.  By storm's end, we had power, but had lost our water pump to an electrical surge and short in the panel.  They replaced the panel first thing Wednesday morning, and our water was working again.  We were pretty much back to normal, minus a barn door that won't be fixed until late this week or early next.

We were extremely lucky because, in all, 206,000 local residents totally lost their power, and two people were killed during the storm.  Many private homes and businesses are still without power--one week afterward.

Our office didn't regain power until yesterday, Sunday, so we had to cancel most of last week's appointments.  My brother's families moved in with us until each of their homes had the power restored--one of them yesterday afternoon.

All and all, compared to others, our damage was minor.

My favorite Birch tree was split in two during the storm, but in truth, it had already mostly died, and I just couldn't cut it down.  The winds took care of it for me and snapped it.

But I loved that tree from the moment I planted it, and I couldn't part with it. 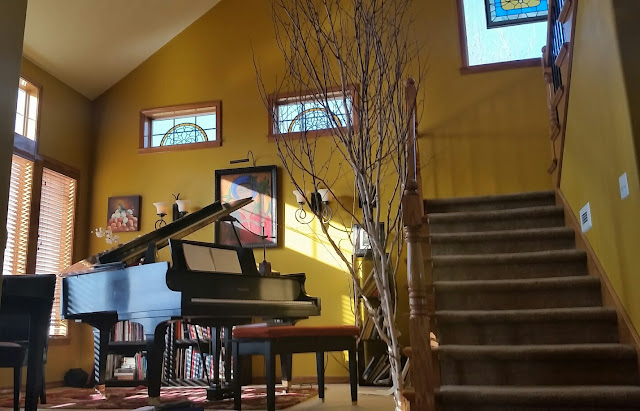 A few days after the storm, I went outside, gathered up the branches and carted them into the house.  Like, "It's my party, and I'll cry if I want to," but a happier version--It's my house, and I'll bring in my dead tree if I want to. 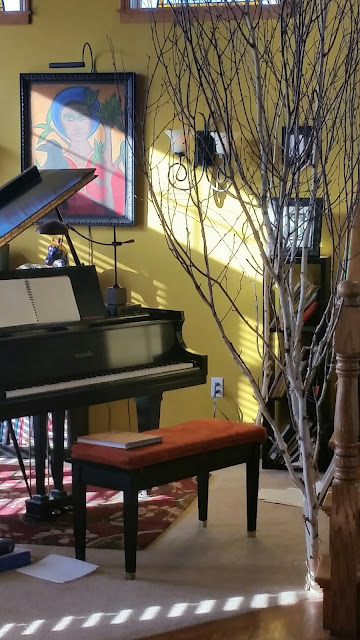 I put the largest section of the tree in my personal space--my music, reading, computer room.  Now I can sit under my tree and play my piano.  Kind of magical.

And I didn't stop there.  I put branches ALL over the house. 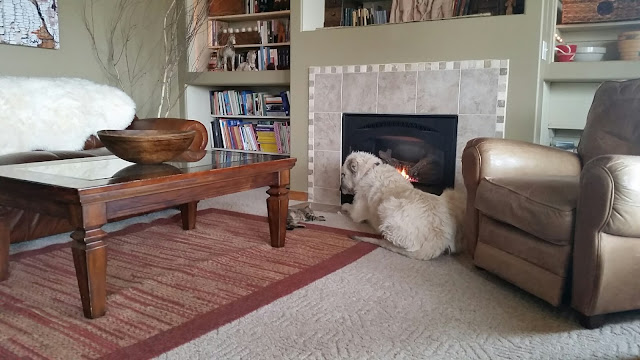 They're in almost every corner.

During the storm, my sons, who also lost the power in their shared home, came over to the house and made us dinner.  Brook made a salmon with lemon, pepper and goat cheese. He worked as fast as he could to have it done before we lost power.  At one point, the power went completely off and we thought it was done, but after a minute or so it popped back on. 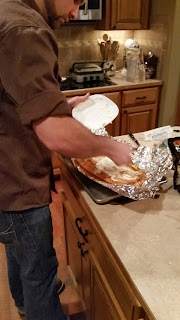 We had a cozy dinner--a little bit of heaven, in a hell storm. 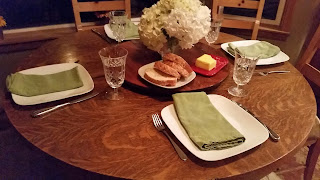