And sometimes that bad judgement can be pretty horrific."

I have been waiting so long to watch the Unbranded film: four guys riding fresh-out-of-the-holding-pen BLM Mustangs from Texas to Canada, and I was not disappointed.

I can still remember when Cindy Meehl, director of the "Buck" documentary and Executive Producer of Unbranded, first told me about it, just as they were getting started on the journey, and I thought--how fantastic...and scary!  Actually, I thought someone might get killed.

Last night I downloaded it from Amazon, and finally got to see how they did.  I knew it was going to be a tough ride, but I wasn't prepared for the amount of bush-whacking and treacherous mountain climbs.  The path to Canada by horse is not well traveled and, in fact, crosses through private lands, steep mountains, and dangerous rivers.

Of things I never want to do on a horse.

For example, riding through the Grand Canyon. 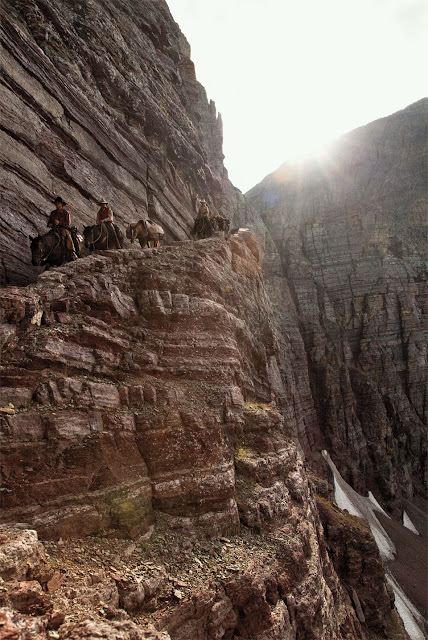 Through the Arizona cactus. (Spoiler: they spent a lot of time pulling these out of the Mustangs.) 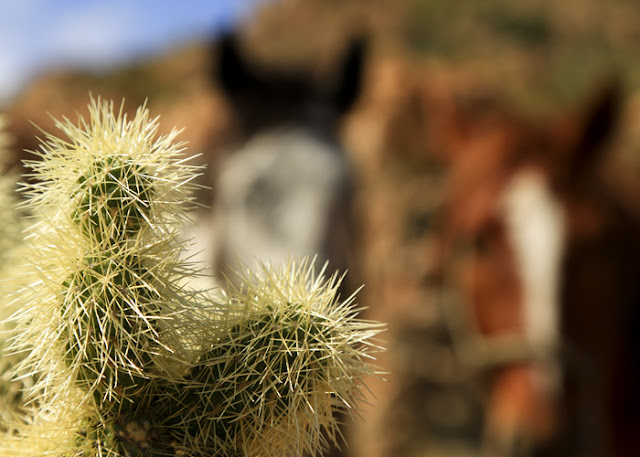 Leading a string of horses across this river. 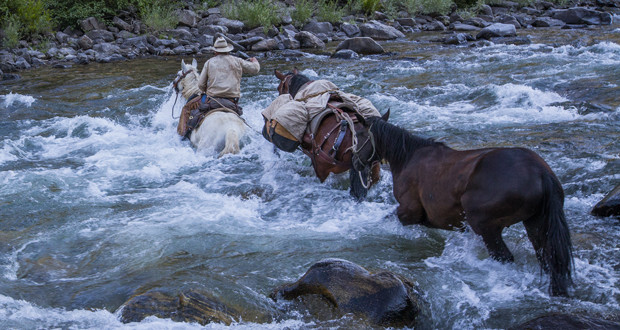 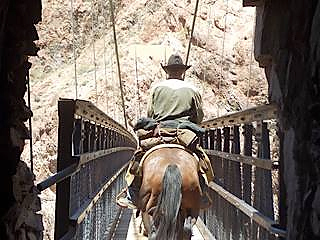 Some of the situations they got into were "horriffic" and deadly and, in fact, they did lose a horse, and two were injured badly enough to be pulled off the ride.

It was a long (over 5 months, 5 states, and 3,000 miles), tough, emotionally turbulent and stinky journey for the young men, who were friends when they started out, but were strained by the trip's end.

Ben Masters (wildlife biologist, CEO of Fin and Fur Films and the mastermind behind the ride and corresponding, Unbranded, book). 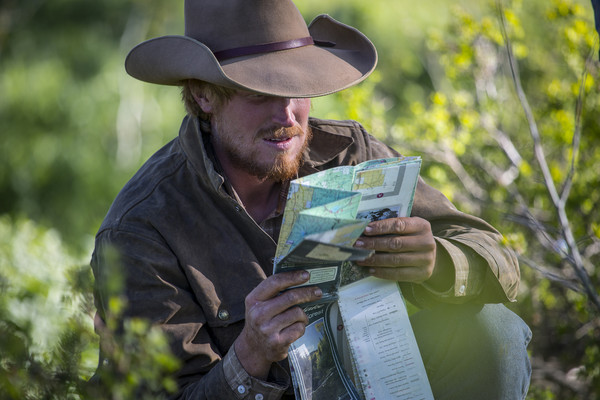 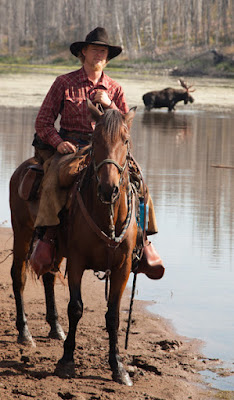 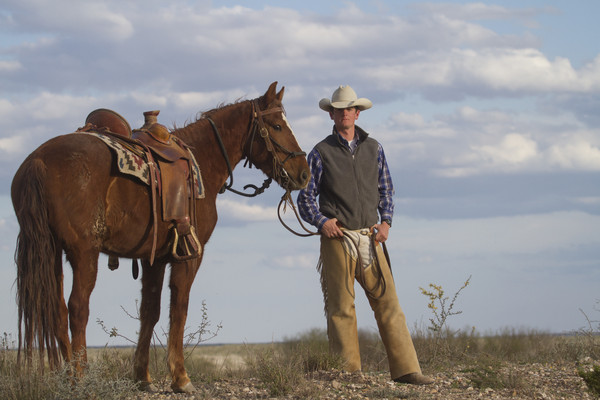 Jonny Fitzsimons (History degree and worked on dude and cattle ranches and, surprisingly, purposely ended his journey one mile short of Canada for "too many reasons to enumerate". 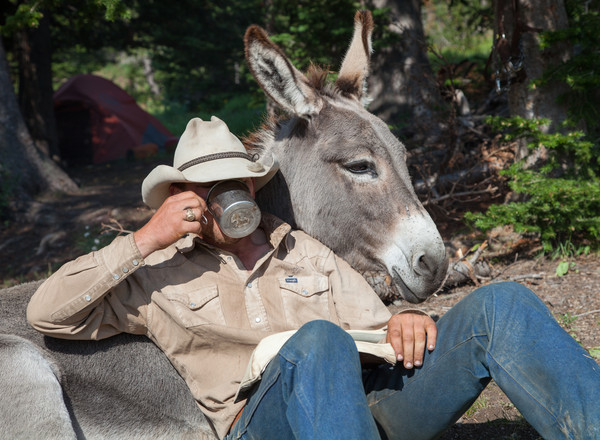 I'm curious, since it's been a while, if any of them would like to do it again.  I'd also like to hear Jonny Fitzsimons enumerate the reasons he ended his journey one mile short of the Canadian border, leaving his buddies to celebrate without him.  And, why is it called "Unbranded" when all the horses are branded from the BLM? 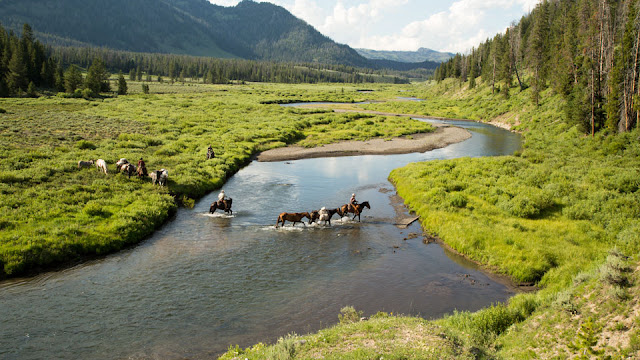 The best part of the movie, for me, as an American Mustang adopter, was its exploration of wild horses in the United States.


What is their value?
What is their history?
What are their rights?
What do we do to achieve a balance for the wild horses, federal land, and the cattle?
What do we do with the 50,000 Mustangs in holding when we're only adopting out 3,000 a year, and they're still rounding them up?


They didn't give a black and white answer to those tough questions, but towards the end they did bring up wild horse birth control--PZP, a topic we've discussed on this blog, and maybe the only humane course--though not without its own set of issues. 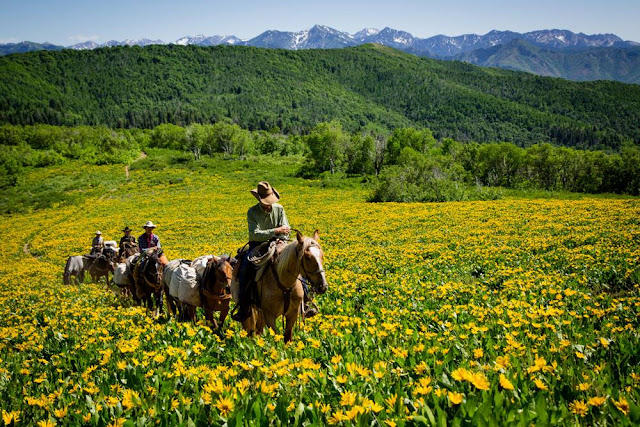 I think the Mustangs answered the "value" question themselves all along the ride.  What other horses could have survived those scenes where they were scaling sheer rock? 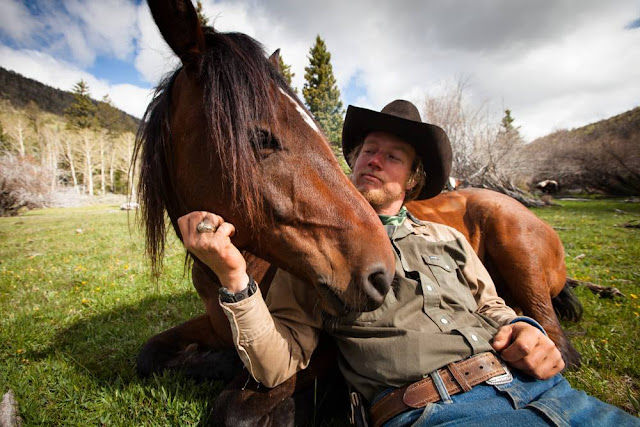 The Mustangs gave them their hearts and souls, and I loved to see the relationships develop.  In fact, I got teary-eyed at the beginning of the movie as they were selecting them from the pens and then starting the training.  Mustangs have more to lose and more to give than domestic horses.  They don't know much or anything about humans and they're incredibly vulnerable.  (Read the story about Tom Davis buying and selling 1,800 wild horses from the BLM and taking them to slaughter in Mexico.) 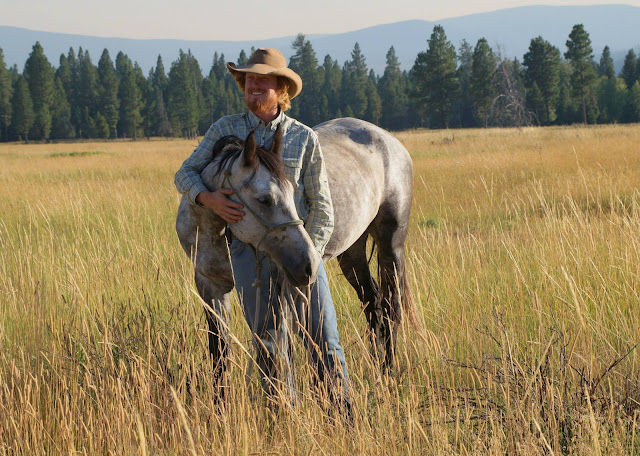 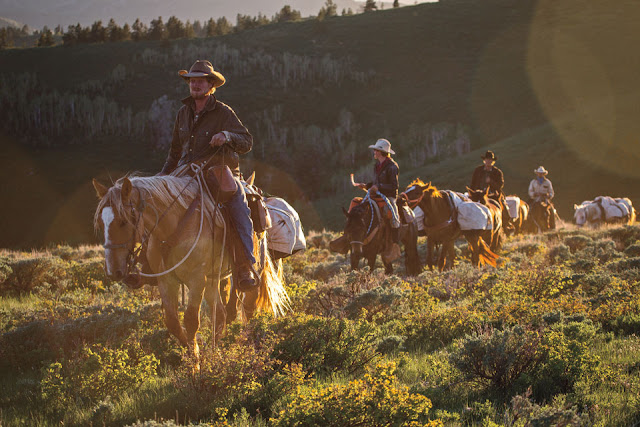 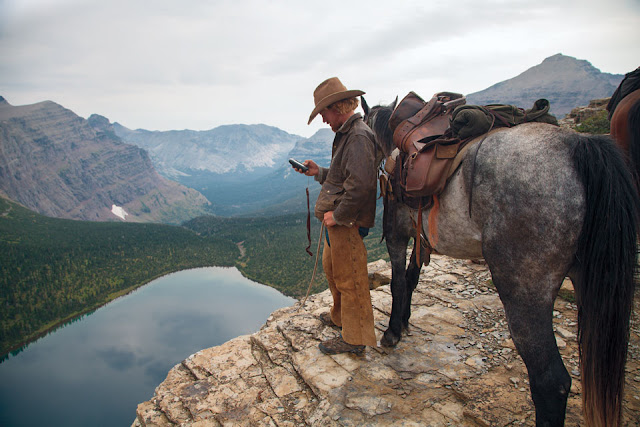 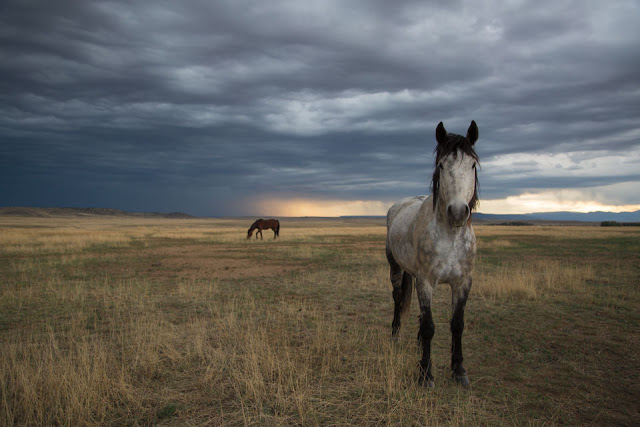 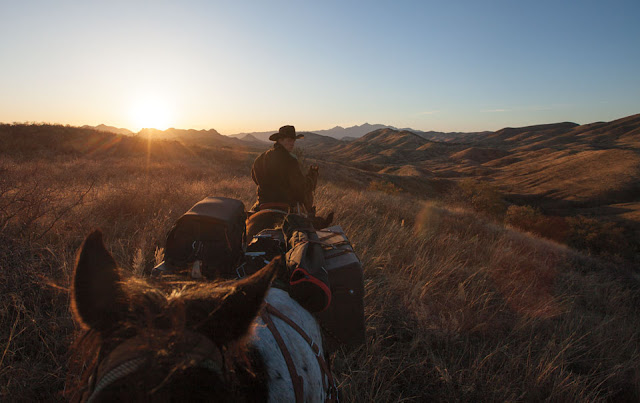 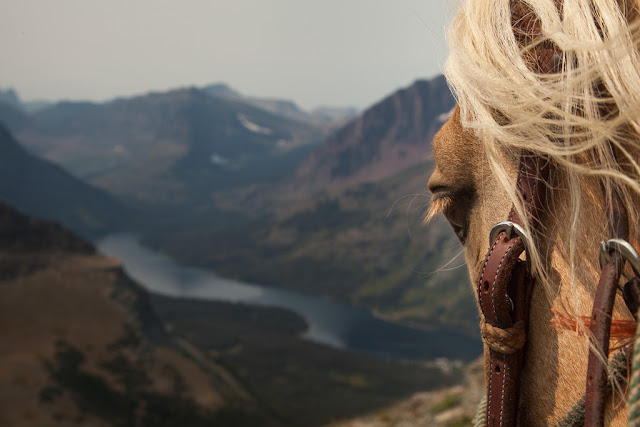 Fly fishing on horseback.  Everyone's got to try that someday.  You can read about Ben's fly fishing (it didn't go as smoothly as you see in the movie) at his Western Horseman Blog. 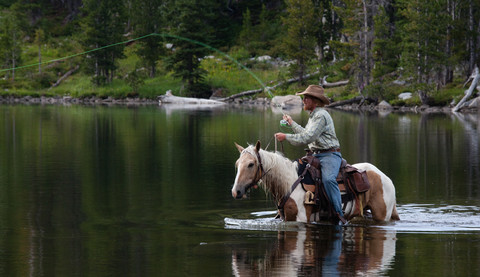 Luke, the Mustang pictured above and below, was auctioned, two weeks after the adventure, for $25,000, to support the Mustang Heritage Foundation. The winning bidder then donated him back to Ben Masters. 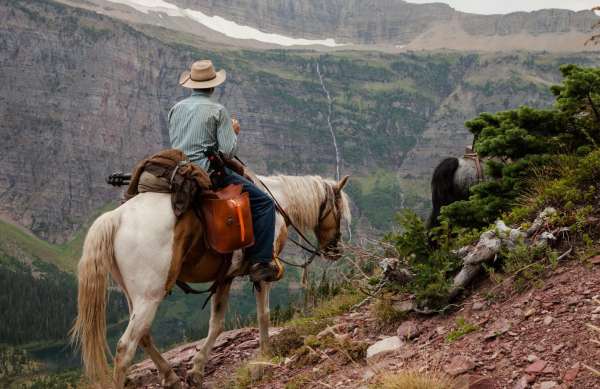 You can watch a clip from the Unbranded horse Luke's auction below.


Luke Auction-H.264 for Apple TV from Unbranded The Film on Vimeo.

Here's an update on where all the Unbranded horses are now:

Donquita is the queen leader of a six mustang pack (Luke, Tuf, Violet, C-Star, Stumbles, and Dinosaur) near Fayetteville, TX.  Simmie and Gilley are cowboying in the Texas Panhandle. Django and Tamale are living in south Texas. And JR and Bam Bam are teaching kids to ride at a guest ranch in Wyoming. These horses found their home but most mustangs don't. In fact, there's almost 50,000 in holding. Go here to learn how to adopt: bit.ly/UN_adopt

And here's a trailer if you'd like to see what it's all about.  You'll love it.