How Hot Is Too Hot To Ride Your Horse and Wildfires


It's been a while since I wrote, so I wanted to give a little update.  In June, our beautiful, warm winter and spring turned into an inferno--both with the weather and in a more literal sense, with wildfires.  We had a string of 100+ degree days.

And then, the park where I often ride near my home, had a fire.  It was a windy, hot day that could have resulted in a complete tragedy except, luckily for us, the wind was blowing in the direction of a large, green cemetery that acted like a body of water and helped to stop the fire's progress. 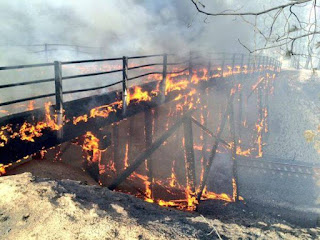 This is the bridge where I'd sometimes train my horses. 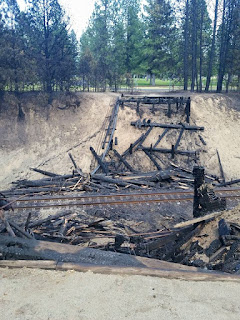 The park.  I rode it after the fire and took these pictures.  The firefighters had bulldozed fire lines all around the active portion and it created lots of new trails through the burned out area. 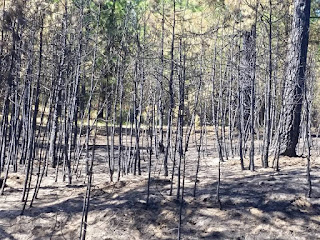 The pastures at our house, which usually have grass all year, but in unusually hot, drought years will die out in late August, were dead in late June this year, which caused us to start feeding hay early.

The horses are all doing great and survived the record breaking heat, but there were fewer rides. Tomorrow we're leaving for Norway, to visit family, just as the temps are heading back up around here.  In Norway the weather will be in the 60's most days, with lots of rain.  Here, we haven't seen rain at our house for longer than I can remember.

I'm curious, what is the hottest temperature you'll ride your horses in? 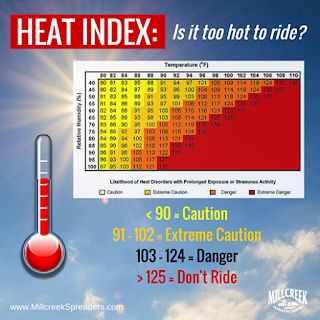