Are you throwin' your dreams away?
Storm is comin', get out of the way.
We'll drink blavod, in a kitchen by the fire,
Waiting on our heart-kept desires.

And I would walk deep into the darkest woods
You can find me, I'm dreamin' here.


Last week was the start of what will be a lot of travel to the other side of the state.  It was kind of a test-run for us, and a little hard for me to get used to leaving the home I love.  The fact is, I could easily be a hermit and stay right here forever. 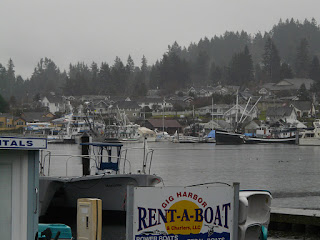 We're staying in Gig Harbor, WA--a beautiful town along the Puget Sound or, what the Native Americans call, Whulj, meaning "salt water".  The Puget Sound is many cities, large and small, along a system of interconnected waterways and basins: Seattle, Tacoma, Bremerton, and Olympia, being some of the largest of those. 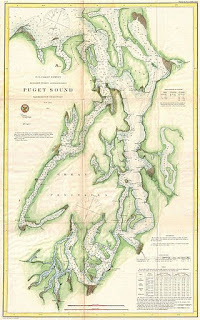 Oddly enough, I am very connected to this area.  I was born in Tacoma, though I moved away by the time I was two.  In my elementary biographies I always spelled it "D-acoma."  My grandfather was stationed there when he was in the Navy.  My great-aunt lived almost her whole adult life there.  And, my great uncle was incarcerated in the federal prison at McNeil Island in 1938.  He was arrested in Arizona for running moonshine and released one year later in December of 1939 when it was legalized.  Many people who were arrested for federal crimes on the west coast ended up at McNeil Island.  It's closed now, but I'd love to take a ferry over for the day and tour it. 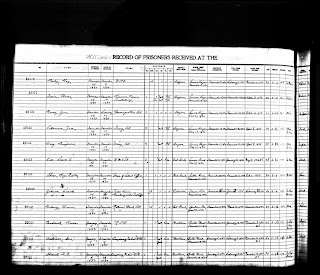 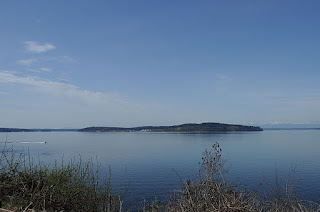 We're staying at a B&B in Gig Harbor that is nestled in the woods a short walk through the forest to the water. 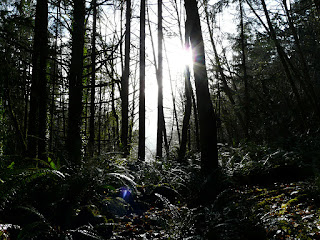 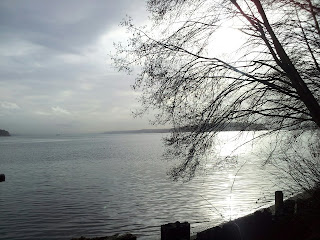 and this is where the path ended.

We're there part of one day and leave the evening of the next and I spend a good portion of the days alone. Alone time does give you opportunity to reflect.  I think most of the first day I reflected on how much I wished I was home, but by the second day I had accepted it as a new adventure and started to explore.

There's something to be said for quiet time...alone.

What are your dreams for yourself?

You mean dreams for my kids?

You mean dreams for my horses?

**Vacations get you thinking about things like "dreams".  What are yours?
Posted by Linda at 10:36 AM