Red's ear is getting better and he went back to his place as #2. The incident shook Shadow up, though, and now he won't let Red anywhere near the herd. Red is so preoccupied with his mares that he won't even eat his grain when I lock him away from them.

There's so much I don't know about what's going on with all them that I can't tell what's instigating it. The bright side is that fatty Shadow is getting into much better shape with all the chasing and worrying. He looks the best he has all summer.

Fetlock brought up an interesting point about Bute and old horses on the last post. If Bute gave Red that much of a new lease on life, it sure is tempting to give it to him more often, but is the risk of injury too great? Is it okay to make a 31 year old horse feel 3 again?

In other news, we just got off what I now refer to as my husband's Extreme Vacation. Almost every day of his vacation we did something we probably shouldn't have--biking, hiking and golfing. We took each of those sports a little further than our ages would recommend we should have (the Bute effect in humans.) I'm battered and severely bruised, but still alive. I won't bore you with the details--you'll just have to take my word for it. I will say, though, sometimes bikes make horses look real safe. 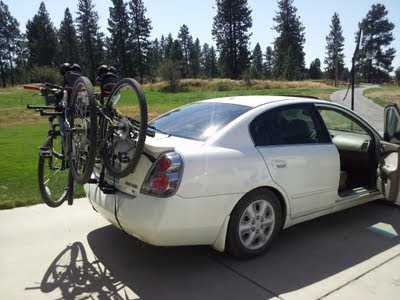 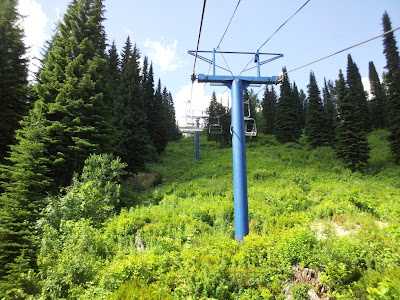 I'm such a sucker! I didn't know what was in store for me at the top! 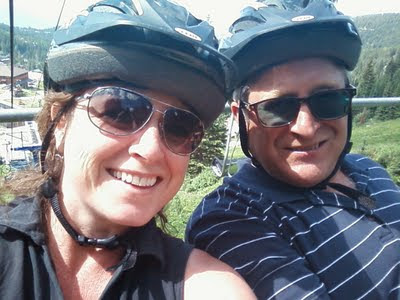 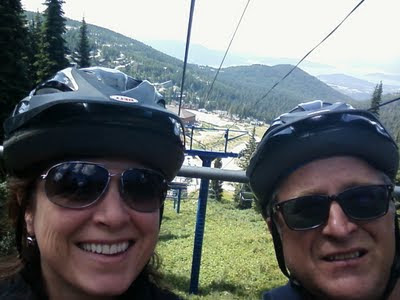 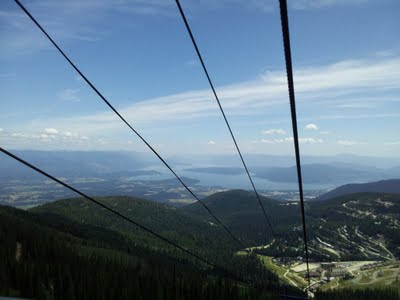 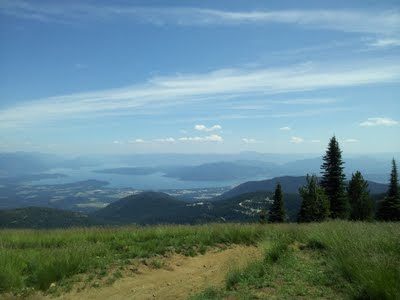 A few hours later (it took us 2 hours to get off the mountain) we saluted our precious, dear, wonderful lives. 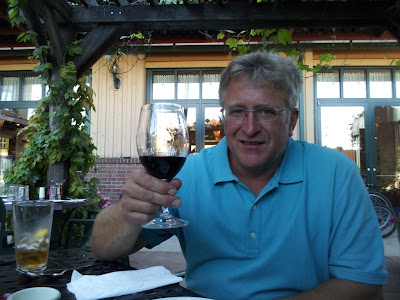 And, I won a book! I never win blog contests, but apparently, I did this time. I won, Cutter, by Laura Crum. As soon as I get it, I'll read it and let you know how it is. 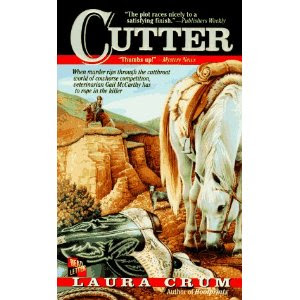