Confidence For the Unthinkable 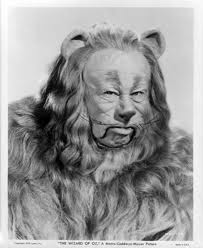 “The definition of confidence is knowing that you are prepared for the unthinkable." Ray Hunt.

I saw this quote the other day and it made me think about my training with Beautiful. We've hit a stand still. She's had the saddle on and off a million times now. She's had it cinched. But that's where I've hit the brakes.

When I started this, I was determined to do all my work in the arena and not shorten it to a roundpen. But now as I sit here and wonder why I'm not taking the next step, I think it is exactly because I'm not comfortable with my choice. And the reason why I'm not comfortable is because the only other time I did my first saddling and moving out in an arena, rather than a roundpen, was my first colt in 1986, and that did not go well.

At that point, I was not prepared for the unthinkable. I cinched him up, walked him, cinched him again and then did something bad--I let him go. Something happened that I did not expect.

First, he sucked in more air than a normal horse since it was his first time moving out with a saddle, and he did not exhale after a few steps like a normal horse does. Instead, I assumed he'd let it all out and he hadn't.

Second, when I let him go in the arena and he began to really move out, he released the air and the saddle got loose and slipped underneath him. When that happened, he was scared and he went off bucking. Luckily, he was a smart, calm horse and quickly realized he needed to stand still until I could help him. Which I did. All was fine and we continued the training and he turned out to be a wonderful trail horse. Yet, that doesn't erase the memory or, the even more powerful thought, of what could have been.

Since then I've done the first saddling on two more young horses and they went fine. I did more preparatory work in the weeks leading up, made sure the cinch was truly tight, and moved them out in a round pen on a lead line.

I think I'm ready for the unthinkable, but I also feel I need the security net of the round pen. I'm going to ask my husband and son to help me shorten it tomorrow when they're home. Better to be safe than sorry. At this point, Beautiful's ready and the only thing holding her back is me.

After the saddling I have another choice to make--bit or bitless--or both. I've never rode a young horse bitless, but I've come to think that if you've done everything right on the ground, you shouldn't need the bit. What does the bit really do for you anyway? Isn't it an easy way out of proper communication? We all know it isn't the bit that stops the horse--or bends it--it's the horse's own will that bends its body or brings it to a stop. Somehow we've influenced its will when we accomplish these things.

I'm not against bits--I use them on all my other horses. It's how they'ved learned and what they know. I do try to be light on their mouths by using the neck-rein cue, legs, and sitting back in the saddle to signal the stop. Sometimes I wonder what good the bits are doing anymore other than clanking around in their mouths.

A friend and I had this discussion on a trail ride recently and she said her horse is used to the bit now and is confused without it. I get the same impression from mine. It's tradition, habit, security, but not much else.

I'm kind of thinking I might do both just to get her used to both, but starting with bitless rather than going backwards later.

***Just got off the phone with my husband. He says we'll shorten it up tomorrow. I think it'll be worth the effort.

Unless you have courage, a courage that keeps you going, always going, no matter what happens, there is no certainty of success. It is really an endurance race.HENRY FORD, Theosophist Magazine, Feb. 1930

The shortest route to courage is absolute ignorance.DAN SIMMONS, Endymion

Courage is finding the inner strength and bravery required when confronting danger, difficulty, or opposition. Courage is the energy current behind all great actions and the spark that ignites the initial baby steps of growth. It resides deep within each of us, ready to be accessed in those moments when you need to forge ahead or break through seemingly insurmountable barriers. It is the intangible force that propels you forward on your journey.
CHERIE CARTER-SCOTT, If Life Is a Game, These Are the Rules

Either life entails courage, or it ceases to be life.
E. M. FORSTER, Pharos and Pharillon
Posted by Linda at 12:41 PM