I haven't written about little Beautiful Girl in a while and for a reason. When you blog about progress it usually helps to be making some. Yet, after I introduced BG to the herd, my instincts told me to slow it down and give her some time.

Those of you who have followed through Winter/Spring probably remember her first release--it was a little dramatic. The thing that increased the drama was that she over-reacted to everything. Each horse is unique and it would be impossible to figure out why one does something the way they do, but she definitely struggled to find her place in the herd. Long after they were chasing her around, she would still avoid all stalls, dart out of their way when they turned toward her, and do whatever they bid, even if it meant shunning me. And, don't forget the time she scaled the run to get back to them.

I didn't get overly excited about any of that because I've always felt she's a little late maturing, physically and emotionally. I've had the feeling the round up was a bit dramatic for her and that she was separated from her mother too young. She has that huge, gnarly scar down her hind that speaks to some accident. My choice was to give her time to adjust before moving forward. My only other option would have been to separate her again, but that would be like taking two steps back. I'm not in any hurry, so why push her?

Lately I've been getting some signs that she's relaxing. 1.) I was in the barn with the kitties, and she entered a stall to see me and stood to be petted even though the other horses were around. She was relaxed and using her full brain, 2.) She approaches me in the pasture now, leaving the herd. 3.) She's gained weight and put on muscle. Ultimately, she's got to be able to go into the herd and come out of the herd seamlessly. After the wedding we'll find out if that's now the case.

I have a couple of reviews to share today, too. The first is on my new Verizon Samsung Charge 4G phone and second, our Verizon 4G wi/fi Mobile hotspot (I know others who follow the blog have this service and will be happy to find out it is super FAST!).

It's like having an iPad, a smart phone, high def camera/video, video conferencer and a color Kindle all in one.

First, the camera. It is superb. There are actually two. There is a 1.3 megapixel on the front for video-conferencing and an 8 megapixel super-camera on the back. Here are some pictures I took with it as I was figuring it out. (There is still much to learn--like all the different modes you can choose and the finger-focus. The video is not shown, but I took a lot and it was all excellent as well.) 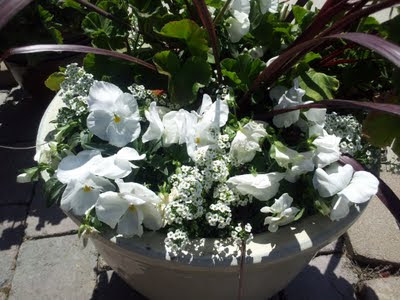 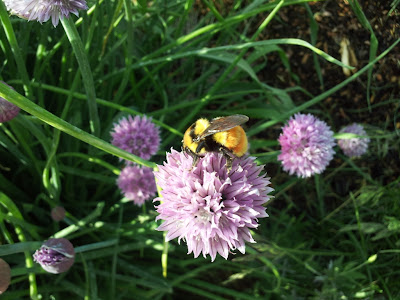 This next picture was taken when it was almost pitch dark out--the outer-edge of dusk. You can't even tell. 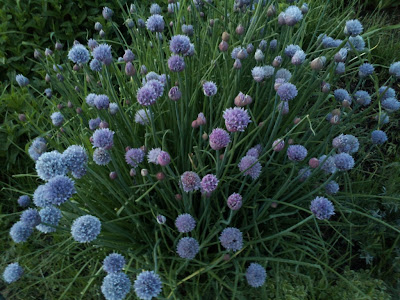 Here's a river you've seen a few times, but this picture was taken on the camera phone. 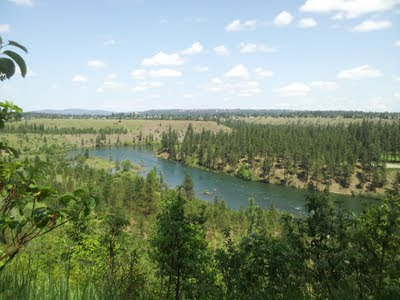 Second, the display. I've never seen such a vibrant display on a phone. It has a 4.3-inch, 480x800-pixel Super AMOLED Plus touch screen. The colors appear to shimmer, giving you super-high-quality video and images. I wanted a large screen so I could read my Kindle books and newspapers (which transfer easily from your Kindle account). I got more than I bargained for with this one. The touch-screen is quick to respond making navigation and viewing an enjoyable, rather than frustrating experience. I put my Samsung up to my sister's iPhone and the screen was much larger. Some people make not like this, but I think it's the perfect combo of all the technology I want in one place.

I don't know if these pictures capture it, but it gives you some idea of the color and size. Click here for more. 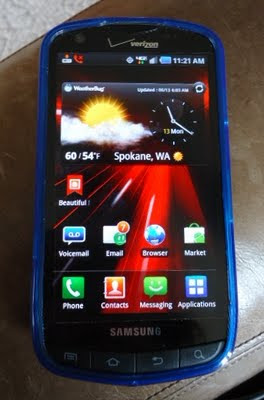 It came with 2 Gigs on board and a 32 gig card for a grand total of 34 gigs. You can plug the phone right into your computer to recharge it and download your video and pictures. It works like a storage card.

It was the most expensive phone they had there, but I love it. I think we paid $245 by the time it was over, but it came with a huge bundle: a case, bluetooth ear piece, car charger, home charger, screen protector, and a coupon for $25 of free video.

As for the 4G--what can I say? It has made me love the internet again. They told us that 4G signals go through things, whereas, 3G signals have to go around. Which leads me to my next review--


We live in the boonies, and when you live in the boonies, you get slow, decrepit internet service. Not anymore. We've had Verizon 3G Mobile Hotspots for years now, but they were kind of slow and if more than one person got on at a time it dragged the speed down to about null. When we were upgrading my phone (I had waited over a year to cash in on my upgrade--wanting to get the latest and greatest before I did)--we went ahead and upgraded our Mobile HotSpots at the same time.

What a difference! You have no idea how painful it used to be to wait for picture-heavy webpages to come up. Sometimes I just gave up and viewed half-loaded images. Video? No way! It could take me an hour to watch a two minute clip. The online watercolor course I took had a lot of video and I so, so, so wish I'd had these cards during that time. It would take me all day to download a fifteen minute clip.

I hope it stays this way now that I've gotten used to it. I'd be so sad to have to go back to slow internet. We're going to have to be careful though because we only get a 5 Gig allowance per card. It would be so easy to go over our limit now. (I believe my phone has unlimited data useage.)

Sidenote: Does anyone know how much data is transferred with XBox and Wii?

So far, I don't have a bad thing to say about either the 4G Hotspot or Samsung Charge. The more I use my phone, the more I love it.

Have any of you upgraded your blogs for the Droid? I haven't yet, but I'm going to do it right now. I really appreciate being able to read them on my phone, so why not make it easier for everyone to do so?