Riding With a Fly Mask 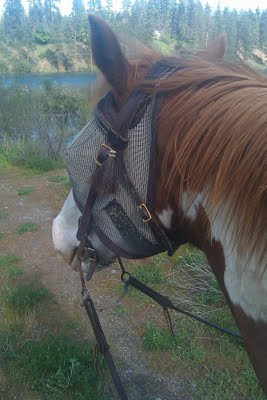 My friend and I met at the state park last night for a gorgeous later-afternoon, early-evening ride, with the goal of testing out a fly mask to solve the head-shaking problem.

It's really that simple and there isn't a whole lot more to say. Why does it work? Not sure, but probably because of bugs. Maybe there's some other element to it that I don't know, but it works. I'd guess it eleminated his head-shaking 98 percent. I rode with my regular fly mask, but the one I have coming from Cashel--the one designed for riding, with nose-guard and ear protection, should work even better.

Cowboy walks out on trail rides FAST and pretty much continues that speed throughout. When I first got him, eight years ago, we worked and worked and worked on not jigging, but rather, walking out fast. I never corrected him for walking out fast, I always encouraged it, especially away from the trailer. If he broke out into a trot, jig or canter, I'd turn him around and take him further from his goal. This early training worked so well that it now seems effortless, and I started to think, and even commented to my friend, that I didn't have to do anything anymore.

THEN, at the very end of the ride, as if to prove me wrong, he balked at a large puddle. The trailer was actually in sight, but he would NOT go through this one puddle. (Usually, when the trailer's in sight, they'll go through hell or high water to get back--puddles are a breeze, right?) He avoided it so much that he swung both of us around into a tree's branches to escape the pressure. We moved on to the next puddle, he did it again, steadily getting worse with each of the many puddles I turned him toward as we made our approach. Seems I'd been putting him on auto-pilot the whole ride (because he was doing so darn good) and he figured going over puddles was a choice. Plus, the thick mask was probably distorting his vision of them.

I could see our willing parternship his choosing to go machine was broken and I instinctively swung my leather reins around to his right and left hind with a, smack, smack. (The western equivalent of riding with a crop.) His memory kicked in, and through the puddles he went. We got to the trailers perfectly and I turned him back around, rode through every puddle I could, away from the trailer, until we couldn't see the trailers or the other horse anymore. He trotted, loped, walked and stood through all, then we made the trailer approach again the same way--through all standing water and ended on that note.

He had turned back into my sweet, humble horse again--head low and relaxed, eyes relaxed, and wanting a little love.

So, 99 percent of the time he's doing what he does because he wants to--because somewhere, a long time ago, I made doing the wrong thing more difficult and choosing the right thing easy, but every now and again, he needs a little prodding to wake him out of a strange funk--whatever that may be--and who knows what it will be with a horse--or why.

The ride was spectacular. We rode along the river for most of it and there were white water rafters shooting the rapids alongside us. Really an amazing sight. 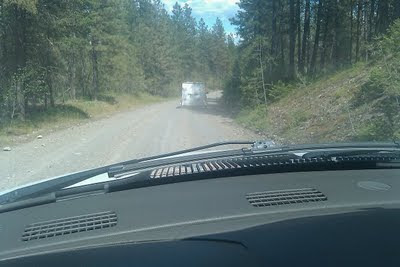 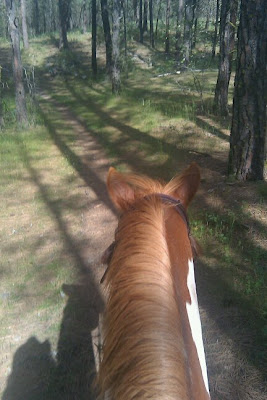 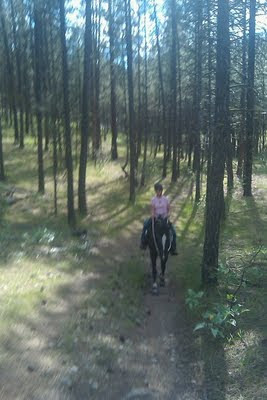 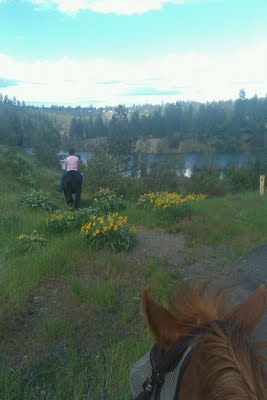 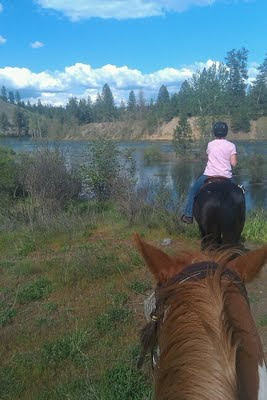