The Problem with Porcupines 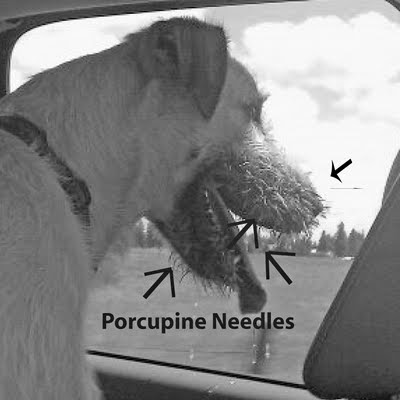 is that they can kill your curious dogs. What would we do without modern veterinary care?

Our poor dogs caught a porcupine yesterday, mostly Riagan, and got zapped all over their bodies, their noses, lips, chest, legs, inner mouth and throat. The needles went all the way down to their tonsils and coated the roof of Riagan's mouth.

We took them to the vet immediately and they were put under anasthesia since it was such a huge job to remove the needles in the throat and mouth. While they were digging around down there they found a piece of some plant stuck in Riagan's tonsils and a SEVERE ear infection! She didn't even show signs. Since we had two dogs, instead of one, the whole experience cost us $700.00, but considering all they did, that seems quite cheap.

The porcupine did not survive this encounter. We found it next to our house in front of our hot tub.

Here are the dogs after they were brought home. Very tired. 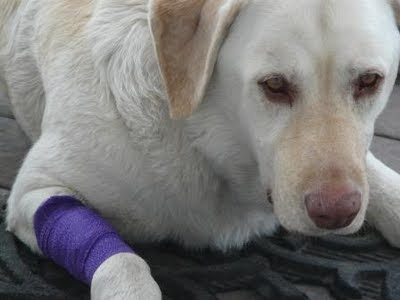 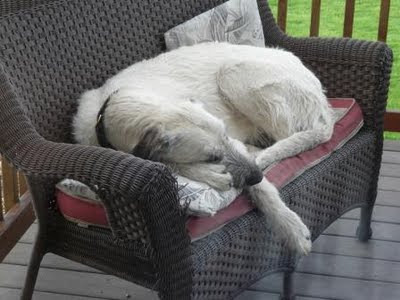 1.) To remove porcupine needles, clip them on their ends first to release the air, before pulling them out.

2.) Porcupine needles are insidious--rather than working their way out (if left alone), they'll work their way deeper in and can even make it to the brain.

3.) Dogs don't usually learn from this experience, it often makes them even more aggressive with porcupines.

This morning the dogs are back to normal. We're hoping they'll defy the odds and will have learned to be more cautious with porcupines in the future. Time will tell.
Posted by Linda at 8:29 AM