Another Ride and Lots of Pain 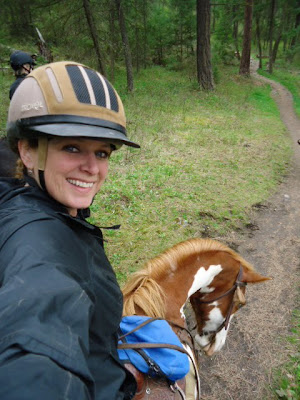 You wouldn't know it by looking at this picture, but this trail ride ended with me in bed for the rest of the day and sitting here now with a hot pack against my spine. Ouch. 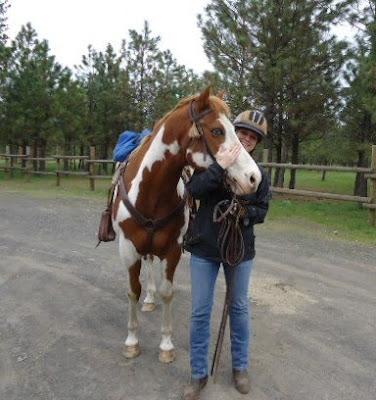 From this picture, back up a few hours to when I woke up. My neck was sore on both sides and my lymph nodes were swollen. I emailed my husband, who was at work, and told him how odd it was and asked for suggestions. He didn't take it serious, since I didn't have any other symptoms, and emailed me back a joke, so I continued with my plans and got ready to go. 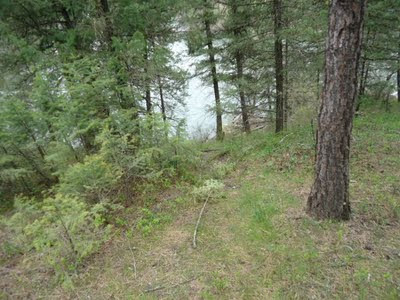 After arriving, we warmed up the horses in the arena at the trail head with a little walk, trot and canter work. It was overcast, but really, a beautiful day. I could ride in weather like that all year. I'm guessing it was 55--no wind--and cloudy. 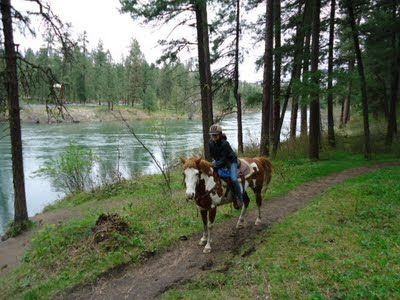 During my arena work, actually, during the bending work, Cowboy started to toss his head. Weird. He hadn't done it at home in the arena or much on our ride the day before (he did do it a little on the ride the day before), but this head tossing started in earnest. Midway through, he was tossing it so hard he threw one rein clear over to the other side of his head and it got twisted with the left rein when we were standing on the cliff side. (It's always perfect timing, isn't it?)

There were three of us riding together, so I tried taking the lead and that put a stop to it--I think because his attention was more focused on the trail. But after a couple of hours, when we turned to go back in the direction of the trailers and turned instead away from them and headed to the Southern portion of the park to add another hour or so onto our ride, Cowboy resumed the violent head tossing. I rode for a ways with them, but decided to let the rest of the party go on without me and rode Cowboy back to the trail head, unloaded and went home.

I'm trying to make an appointment for Monday to get his teeth floated. While I'm at it, I think I'll ask them to take an x-ray of his front foot where he broke his coffin bone. I hope to narrow the problem down step by step. 1.) Teeth, 2.) Different bit, 3.) Foot. I hope step 1 solves the problem.

The issue I didn't mention, but that was going through our minds, is anxiety. First rides of the season away from the herd are always anxiety provoking. Cowboy used to jig, but it made me wonder if he's head-tossing now instead. I'm still hoping it's teeth. 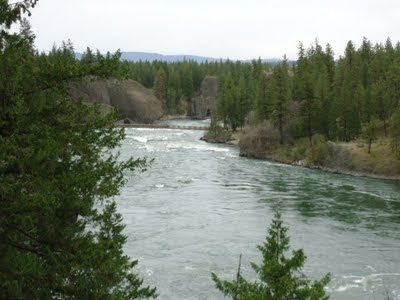 So, why am I convalescing? First, I've never had a bad back or really, any reason to complain about pain after a trail ride, but after I slid out of the saddle yesterday, my back was OUT. I could barely get the 70 pound saddle off his back and into the tack room, him loaded and unloaded, trailer unhooked and walk back to the house. When I did finally accomplish all that, I walked straight to bed. Today, I'm feeling a little better, but confined to my chair.

My husband thinks I've contracted a virus that attacked my spinal column--which would explain the swelling in my neck lymph nodes. I don't have a fever or any other symptoms, and I sure hope he's right. Back pain stinks. I feel very sorry for people who have to live with it and I do NOT want to be one of those people.

Today's beautiful and I hate to spend it in a chair. Here's hoping the mysteries are solved and resolved and we can be back on the trail by next week.

More pics from the trail. 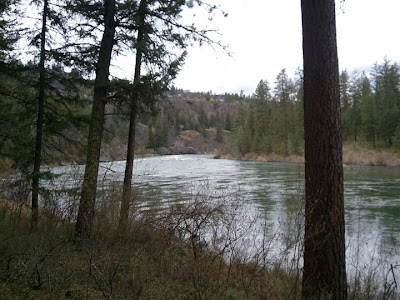 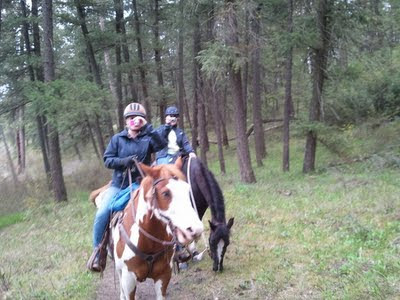 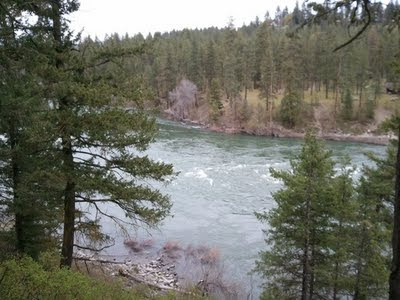 Since I mentioned the joke, here are the transcripts of my husband's and my email conversation:

Hi sweetheart. I'm heading out for a ride, but my neck is a bit sore around my lymphs--a little swollen, too. Is this a common thing?

Very common problem. it's Caused by a lack of "necking". Your husband needs too spend more time kissing on you.

Haha--hard to feel too bad about my back pain with a TX like that!

**Update: Kate suggested Head Shaking Sydrome, and, though I'd never heard of it, after reading up on it, I think it might be the case. Here is an article: Head Shaking Syndrome. As for me, I'm starting to feel like I have a head cold, but my back pain is much less now, so I'm going to go out and lunge Cowboy and see if he does the head shaking without the bit. I made our appointment for Wednesday (the earliest we could get in) to see the vet. He needs his teeth floated anyway and, if nothing else, his Dr. can give us what we need for the head shaking.
Posted by Linda at 7:29 AM