Wanted: To Accomplish These Goals 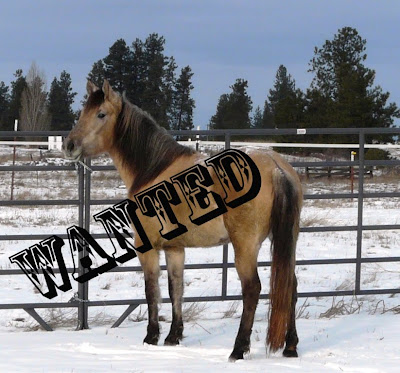 I have several horse projects at my house this spring, the first of which is saddle-training Beautiful. I've been having fun with the movies of her introduction to the herd, but in all seriousness, what the herd has done for me is priceless. Basically, it's good cop, bad cop. Before I moved on to the next phase of her training, she had to go back into the herd and learn the most fundamental lessons.

What has she learned? They have desensitized her to a number of spooky things, they've taught her respect and boundaries, they've heightened her attention to what's going on around her--to name a few things I've seen by my own observations.

When I worked with her on Sunday, she was the sweetest, quietest little horse you could imagine. I owe that to the head mare, Cowgirl. She has spent night and day to earn the peace in the herd that I see out there now. The reason I can aspire to be a leader like Red is because there's a real leader like Cowgirl in her herd.

Wanted: Ride Cia on the trails. 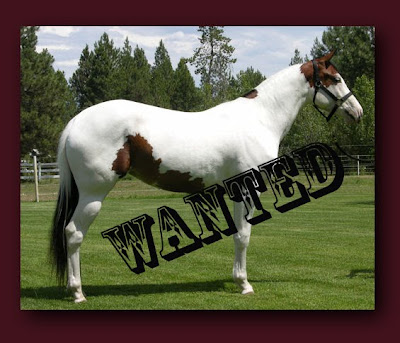 I've been working with Cia for three years. The first year I just sacked her out and saddled her. The second year, I did the same, but hired a trainer to put on the first ride here at my house and to guide me through my own first rides. Having him here gave me great peace of mind, and I might bring him out again this spring as I work with these two horses. He has a special way with the horses, tender and quiet, and only did what he had to and no more.

Here are pictures of Cia's training history. The bowing pictures were with her first owner. 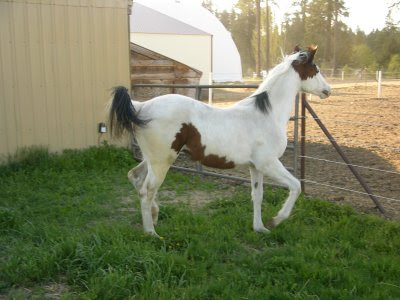 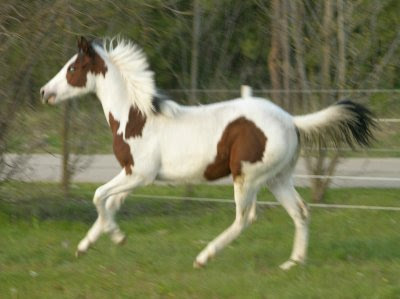 These were taking with her previous owner. I ran into her at Aslin-Finch (Local Feed Store) last week. She used to own the mare she's out of and bred her to get Cia. She wanted to know how she was doing and said she still thinks about her all the time--even has her picture up in her house still. Sweet. As for Cia's mom--a wonderful sorrel QH--she eventually had to sell her, too, to a 4-H girl who has been doing fabulous. 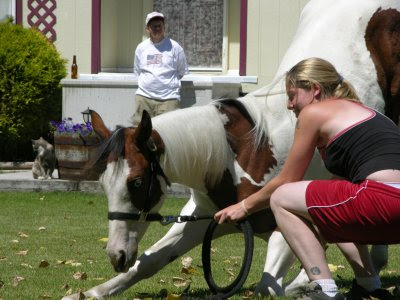 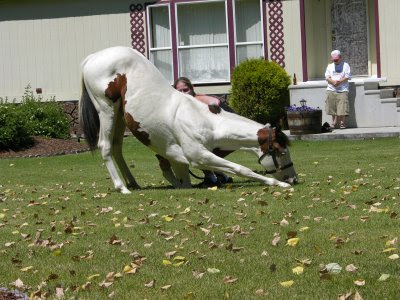 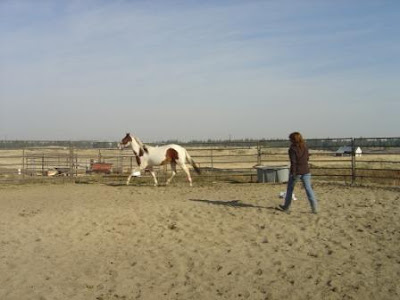 I said once that my opinion about roundpenning changed with Cia, and it's true. Cia taught me that I have to be more observant about what my horse is saying and doing--even if it means leaving what I've learned behind. I roundpenned her more than necessary and wasn't giving at the proper time. Luckily, horses are forgiving, or at least she is, and we were able to take steps back and do it right. 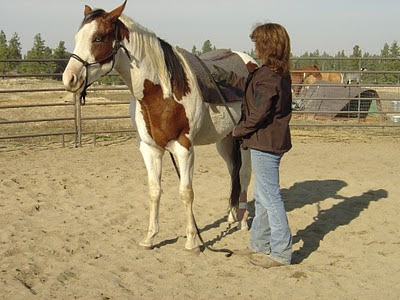 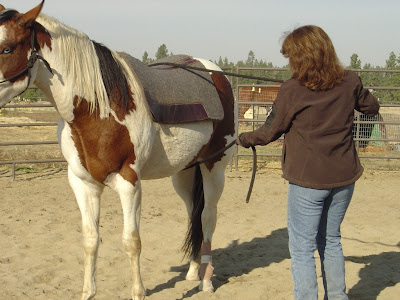 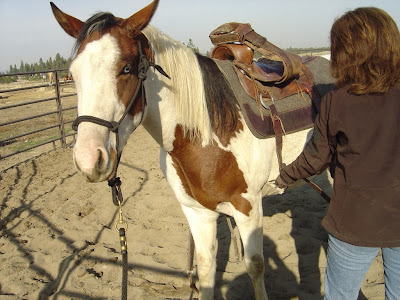 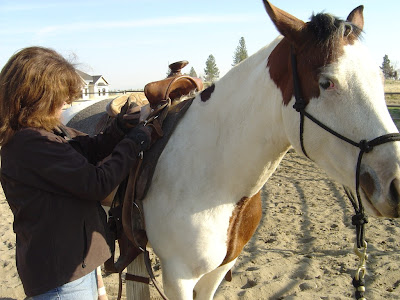 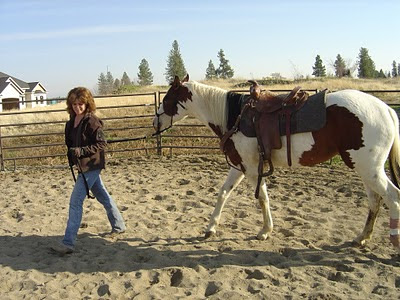 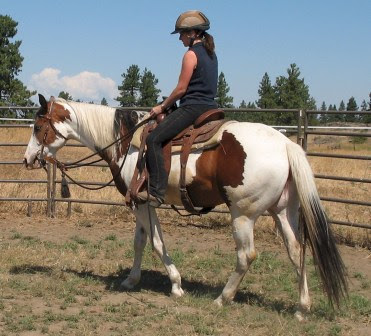 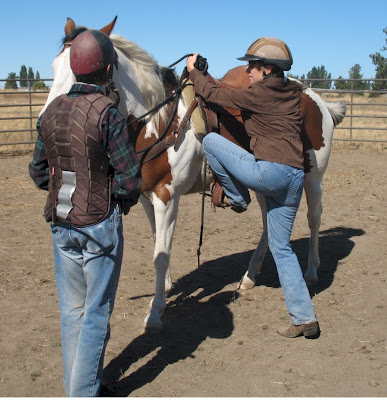 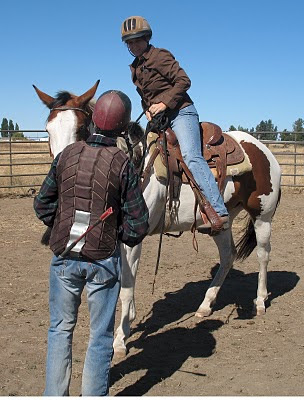 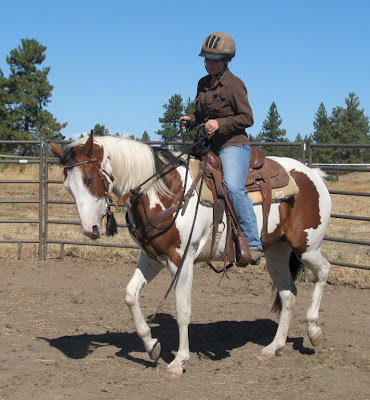 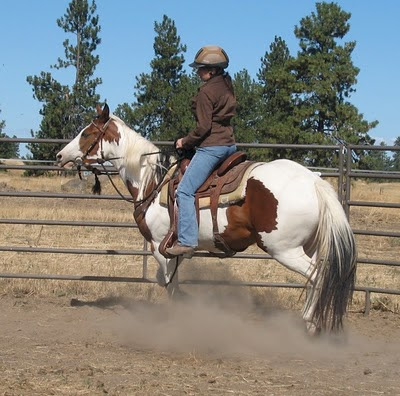 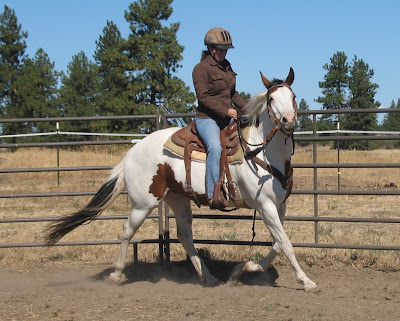 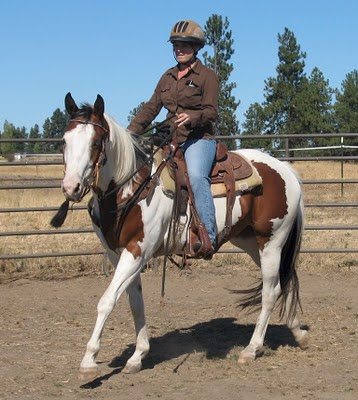 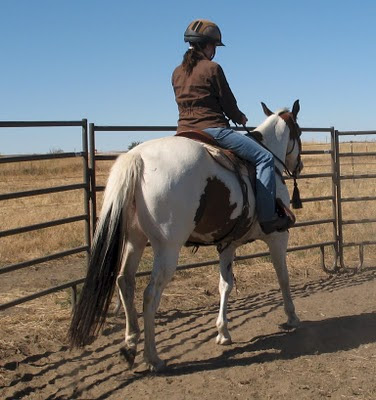 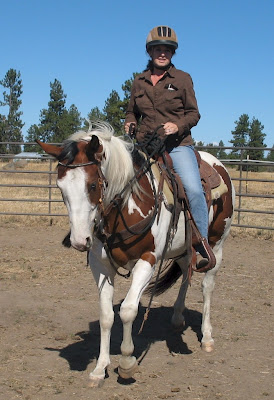 Wanted: A sound horse. Cowboy has been camping out his injured leg more often now. Any suggestions about what to do if that hoof gets arthritic? (It's an old P3 injury--severly fractured--from toe to coffin joint-and displaced coffin bone.) But I've been able to ride him for the last three years, and I consider every day a gift. He's a miracle on four hooves! 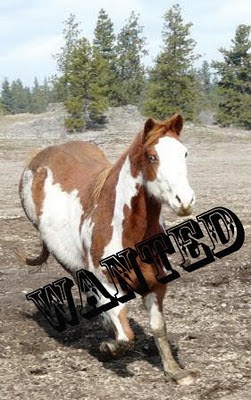 Wanted: A pony who will approach me in a large turnout or pasture. 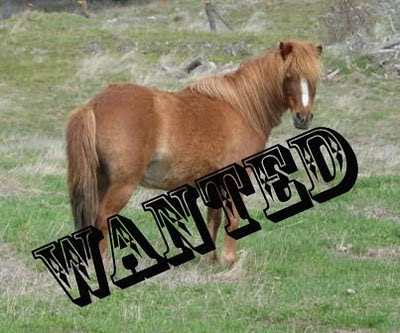 I've been working with Jasmine for years now, and I do finally have her to the point of being easily caught in a 36x36 turnout. By easily caught, I mean she stands and let's me approach and halter her. However, if you increase the size, she will not come or stop. She's great when she's finally "caught", you can do about anything with her, but she does not prefer people if she has her choice.

No one really knows Jasmine's history, but you can guess some really poor handling when she was young. I'm not sure how far I'll ever be able to get with her, but I continue to try, and she continues to make small improvements. I guess we have the rest of our lives.

So, for now, I'm letting her loose in the arena with a halter and lead each day so that I can catch her and work with her. When she gets to the point that she let's me approach and catch her easily or, better yet, that she comes to me on her own, I'll release her back in the herd.

Until then, no. She used to be with the herd, but the third or fourth time she broke the fence and I couldn't catch her, I thought a horse that cannot be caught has no business being out there. What if it was an emergency? Plus, I wanted to work with her every day and get her to attach to me rather than the herd.

So, how is this new tactic working (letting her loose on a lead)? Pretty good. Sunday was two steps back, maybe because of the good weather, but she wanted nothing to do with getting caught for at least three hours. I let her be and came back at dinner time. She came right up and let me catch her. You know that windstorm I wrote about? I had to halter her to switch stalls, and she came right up to me then, too--like there wasn't a windstorm at all. So, I think she's very, very, very, very, very, to infinity, smart. Scared when she wants to be. Hmmmm.....

If you've followed my blog, you know that my husband and I walk her with the dog. We live in a rural area where we can do this, and she seems to like it.

So, those are my goals for 2011--saddle train, trail train, keep sound, and have the pony approach me on her own.

Any suggestions for Cowboy and the pony are greatly welcomed. Encouragement is always welcome, too!