A Quest For a Name

I have a quest, and it is to find a first name for the man in this picture. 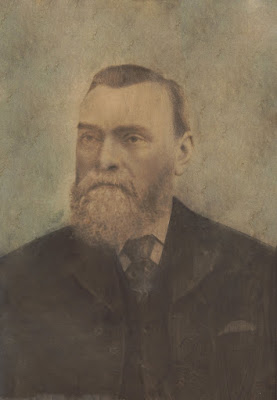 It is a picture of my great, great grandfather, Mr. Goldie, from England. I don't know where in England, and I don't know his first name. 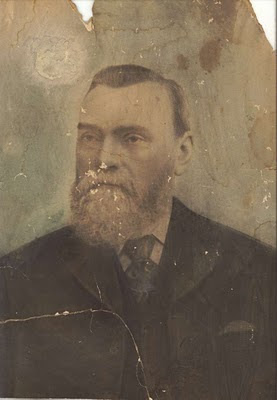 My grandfather and his two siblings were orphaned when my grandfather was only three years old. Their mother, Alice L Goldie, had come from England to marry an older copper miner, my great-grandfather, Thomas William Davis, who already had many kids and wasn't able to raise the three orphaned younger ones after her death in childbirth. 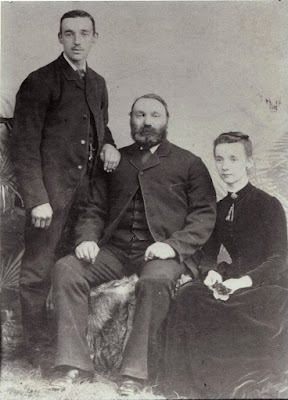 This is a picture of Alice before she came to America--specifically to Bisbee, Arizona--to join her brother, Henry, and soon-to-be geezer, I mean older, husband, Thomas. She's with her father, Mr. Goldie, and brother. However, I don't think it's Henry because he would have been fifteen years older than her according to the immigration records, and these two sibs look about the same age. We've been told his name might have been Phillip Goldie.

The picture below may be of her eventual husband, Thomas William Davis, a whopping twenty-three years older than her. 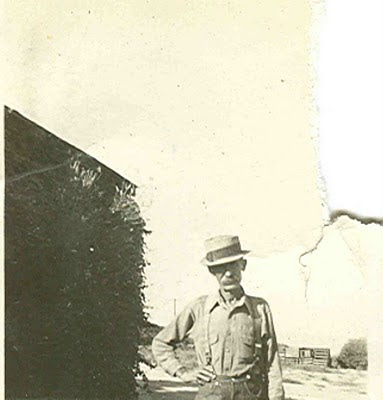 Here is poor, misguided young Alice's ship records when she came to America. I wish I could stand on the dock in Liverpool on July 12, 1905 and yell, "No, don't do this! Go back home!" But if I could, and if I did, my dear, dear, grandfather, whose memory is a light in my life, would not have been born at all. I remind myself, those were different times, and women didn't have the options they have now. No one did. 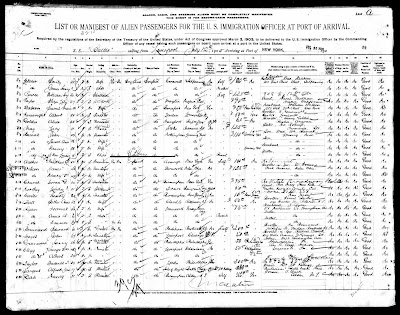 Here is a closeup of where she was coming from--Maryport, England was her last place of residence.

And here is where she was going--her destination to her brother, Henry Golding, in Bisbee, Arizona: 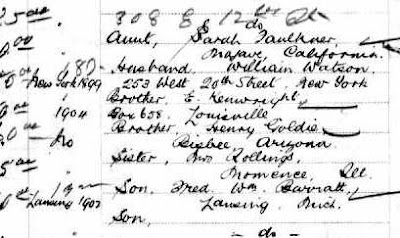 Just a couple years before, her brother Henry Goldie, made the trip. Here is his information. Apparently, he was a "miner" and going to a copper mine in Arizona. It also says his parents lived in Kingsland:

I recently found a record of my grandfather's time in the orphanage. He was 3 1/2 when the census was taken, and he was listed with his older brother and sister as "inmates."

Later in life, as he was shuffled back and forth among his older half-siblings, a lawyer from Mr. Goldie of England tracked the orphans down in America to give them their inheritance. We did not know this until we met and had dinner with one of the youngest of the half-siblings who lives here in Spokane. She told us that they'd been tracked down by the lawyer, but the inheritance was given to the older half-siblings who were taking care of them since they were not of age, and she doesn't know how it was spent, but it's very clear it was not spent on my grandfather and his siblings.

In his teenage years, my grandfather took a job in a mortuary so he could live there and still finish high school. He was a good student and excellent football and track player, for which he won many awards and even got a football scholarship offer to USC.

Family was always very important to him--in fact, it was the most important thing to he and my grandmother. And through the hands of an orphan, a great piece of history has been preserved.

Since it was so important to him, I would really like a name to go with the picture.

Here is a picture of my grandfather when he was young--he's on the right. 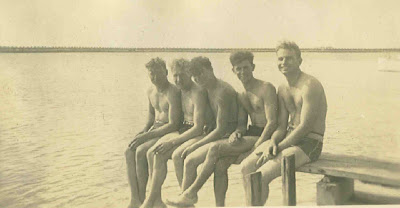