Fences Make Good Neighbors (Or Do They?) 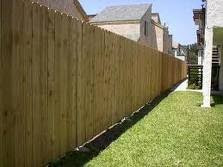 "Fences make good neighbors," came from the book, A Day No Pigs Would Die. Have you read it? I believe it was the writer's dad who said it to him. Just a bit of wisdom from a pig farmer.

I've been thinking lately about contracts--probably because I'm reading Mikael's blog every day as she tells us, post by post, the story behind what we know will eventually become a lawsuit, but the details of which are only now being filled in. People who seem nice may turn out to be dishonest and even manipulative and, since it's a true story, we also have a sense of connection and sadness for Mikael who is telling the story from hindsight...not an easy thing to do, especially since it's about people she thought were friends. (I encourage you to check out her blog and follow along.)

Because of her story, I've been thinking about contracts I've made or wanted to make or should have made. I sign online contracts and software contracts that I don't even read. I signed one yesterday, in fact, at ancestry.com, by clicking on the "I agree" button. I don't know what that means for me and my VISA next month, but I figure it's worth finding out. (I mean, how bad can it be, it's Ancestry.com??)

But when it comes to friends and family, asking for a contract can seem like an insult--as if you're saying, I don't trust you.

I borrowed a horse from a friend once and I really, really wanted her to make a contract, but she would have none of it. It made me uneasy because I did not want to risk something bad happening and then coming between us later on. I kept hinting I wanted one. She kept saying no. It bugged me so much, I returned the horse to her before a week was up. There's a good chance it all would have been fine, but the worst-case-scenario kept going through my head.

Whenever we hosted events for our non-profit horse group, fundays, ribbon rides...we always had participants sign multiple waivers. It seemed like over-kill at the time, but who knows? Maybe not. Nothing ever happened, so we didn't find out.

But where do you draw the line with contracts with family and friends? Basically, when is a contract a bad thing? Can asking for one hurt a relationship? A prenup? Yuk--might kill the romance. A loan to your kids? Contract? Hmmmm...could be insulting. Loaning out a tractor or a riding lawn mower? We do that with our neighbors all the time and they to us, they also let our horses graze their pasture. Contracts....fences? What do you think?
Posted by Linda at 2:22 PM