Spring Horses and the Farrier

Well, today was every bit as wild as I hoped it wouldn't be...until the farrier arrived. After they saw him, they seemed to sigh with relief--so that's why we've been tied up for two hours! You're not actually going to let the Spring boogie man eat us.

It was windy and cold--it felt like the barn was going to blow down. I had the horses tied up for grooming before the farrier arrived. He called and said he'd be thirty minutes to an hour late--so we got some tying practice.

Tying practice can be scary. (Remember our conversation, Laura?) But I do try to give Beautiful the experience of being tied hard. 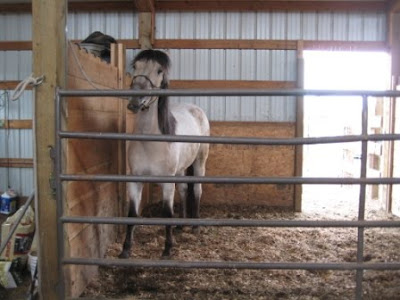 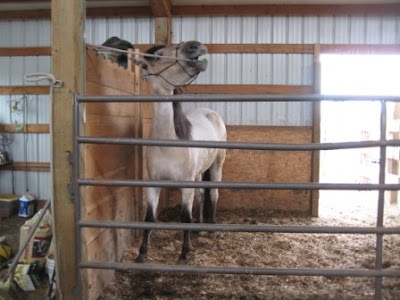 As you can see, she's a big baby putting everything in her mouth. Then, and not pictured because I was standing ready to untie her if things went South, she pulled back hard and got into a tug-of-war with one of the main supporting barn posts. She lost. I should say, she surrendered and came back to stand nicely. Whew.

My farrier said that my horses grew more hoof than any of his other customers. He couldn't believe it.

Now they're all out on pasture again--getting fatter. 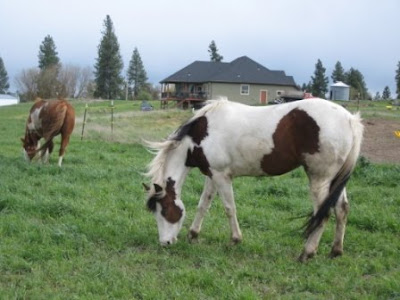 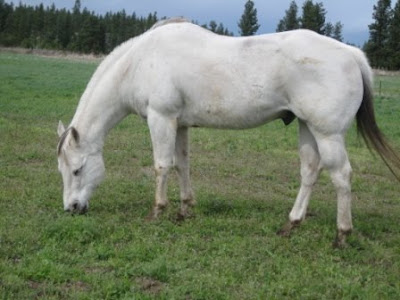 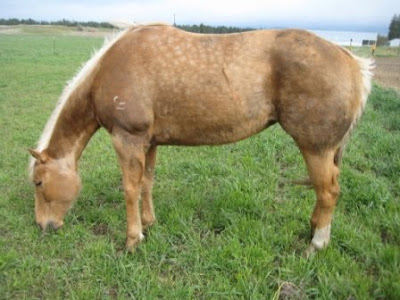 There are going to be some changes around here soon. Some people are going to lease the land next door for their horse operation. Apparently, they have eighteen horses and one is a stallion. I really hope to meet them before move-in day so that I can know what to expect and how to handle it on my side of the fence. So far, I'm getting all of my information second hand--the worst way to learn anything.
Posted by Linda at 3:27 PM